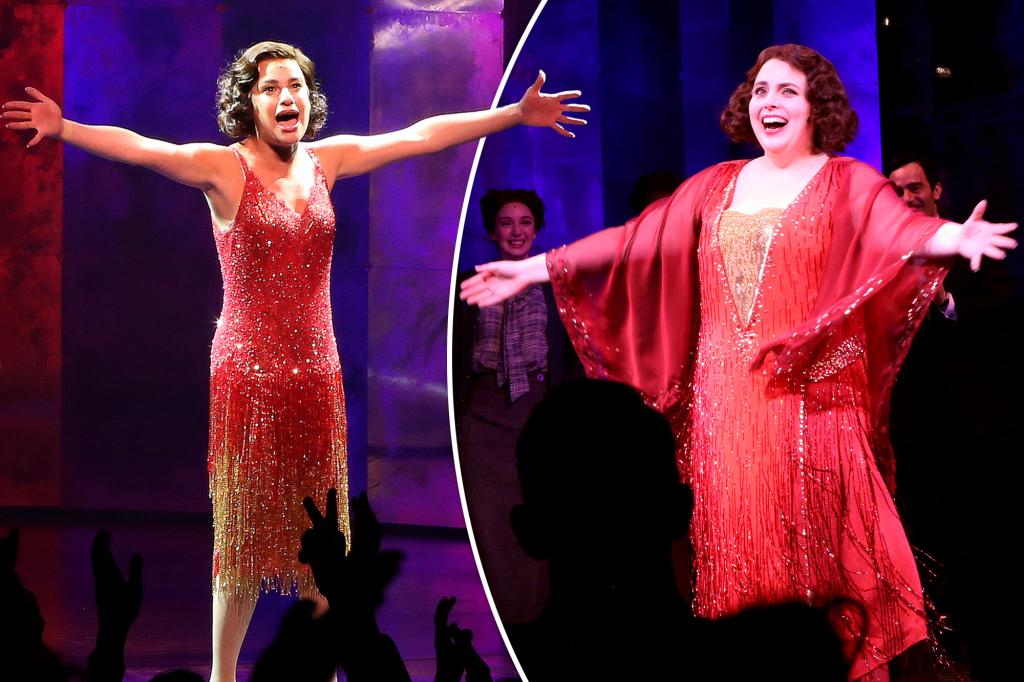 Lea Michele has only been playing Fanny Brice in Broadway’s “Funny Girl” for a few short days, but her performance has already raised eyebrows.

It was announced in July that the “Glee” actress, 36, would be replacing original star Beanie Feldstein, and fans are already comparing the two women.

A viral TikTok, originally posted by a user named Alaina Noelle, has surfaced showing how Feldstein’s finale dress had enormous sleeves while Michele’s was sleeveless, alleging the costume change is evidence of fatphobia.

“It took [the producers] no more than three seconds to remove the sleeves for Fanny’s final dress after Beanie left,” she said. “And you can say whatever you want about it, but as a bigger-bodied person, it was noticed, felt and noted.”

Another video using Noelle’s footage drawing attention to the differences between the two actresses’s costumes has garnered more than 1.1 million views on the platform.

“Shorten the sleeves, shorten the dress, because bodies are meant to be celebrated, right?” a TikToker with the username Lily captioned the clip that was duetted with Noelle.

Another person duetted Noelle’s snap, captioning the TikTok: “SO F – – KED UP literally WTF!?!?! Broadway claims to be ‘inclusive’ but they miss the mark every single time.”

On Twitter, viewers also noticed the changes, with one fan explaining: “I know there’s a lot of talk about ‘Funny Girl,’ but there’s something that I think might be seen as a small detail to some but is an important discussion; Fanny’s finale dress. After Beanie left the production, so did the sleeves. And with Lea’s debut comes a new cut as well.”

One person replied to a photo of a “Funny Girl” billboard, lamenting how the “Booksmart” star didn’t receive the same level of advertising.

“This upsets me they didn’t do this w beanie,” a fan tweeted. “Maybe it’s just coincidence but like refusing to have real pictures of a plus size actress because it might be bad for advertising is really hurtful. And then immediately doing real photos for the Lea Michele rebrand. Maybe a stretch?”

The UK’s top ten favourite game shows ranked – but did your favourite make the cut?