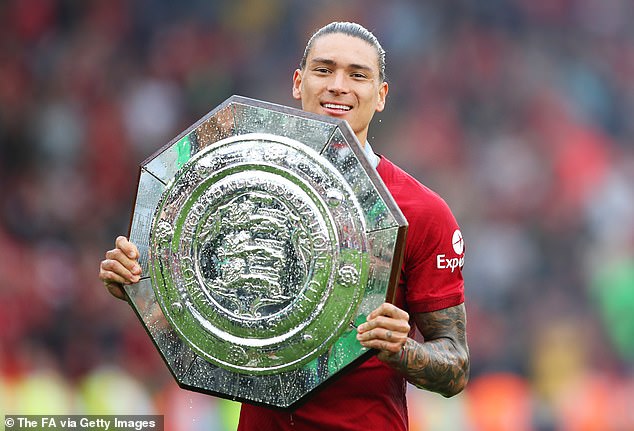 And the winner is… Darwin Nunez! Fans say the Uruguayan won the battle of the strikers with Erling Haaland – netting in the Community Shield win while the Man City man had ‘one of the misses of the season’

By Kieran Lynch For Mailonline

Darwin Nunez got the better of Erling Haaland as Liverpool lifted the Community Shield following their 3-1 victory over Manchester City.

All eyes were on the multi-million pound strikers going into their first match against each other, in a taster of what is to come in the Premier League season which kicks off next weekend.

Though Nunez started on the bench, fans says it was the Liverpool man who got the better of Manchester City’s Norwegian superstar at the King Power Stadium.

Haaland missed a sitter late in the game, and former Liverpool defender Jamie Carragher predicted that the Norwegian would have ‘banter compilations’ created about his performance – similar to that which Nunez has had during pre-season. 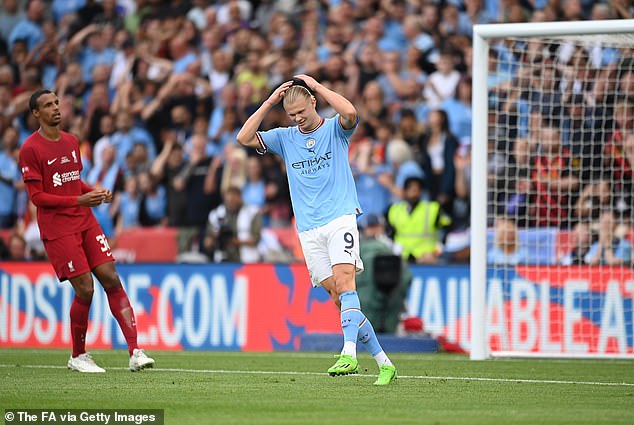 Carragher tweeted: ‘The Haaland banter compilations will be everywhere this week after that miss, just like Nunez last week. From clowns who have never kicked a ball in their life.’

Nunez won the penalty for Mohamed Salah to give Liverpool the lead for the second time in the match, before sealing the victory with his first competitive goal for the Reds.

Haaland had his chances to score in the match, including a gilt-edged chance going into stoppage time.

Phil Foden’s fierce strike from the edge of the box was tipped into the path of Haaland by Adrian who looked like he had an easy chance to get a consolation goal – only to sky his shot over the bar. 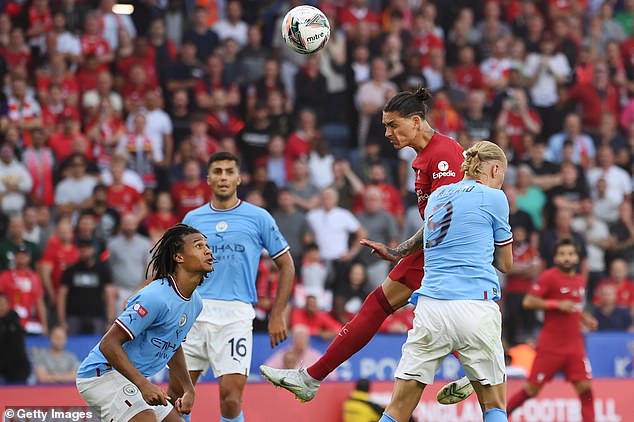 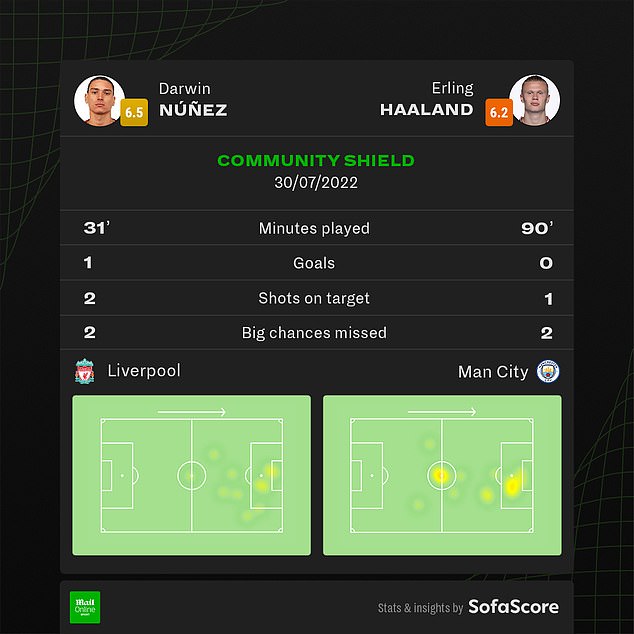 On social media, fans hailed that the outcome of the match meant that ‘Round 1’ had gone over to Nunez, as both players look to fire their sides to glory domestically and in Europe this season.

Nunez has received some criticism going into the Community Shield by opposition fans, for missing his own clear chances in pre-season for the Reds.

A Liverpool fan tweeted: ‘Nunez truly deserved that goal for all the abuse he’s been getting for literally pre season games.’

Another person commented: ‘The City fans who were making those Nunez miss compilations are going to be very quiet tonight.’ 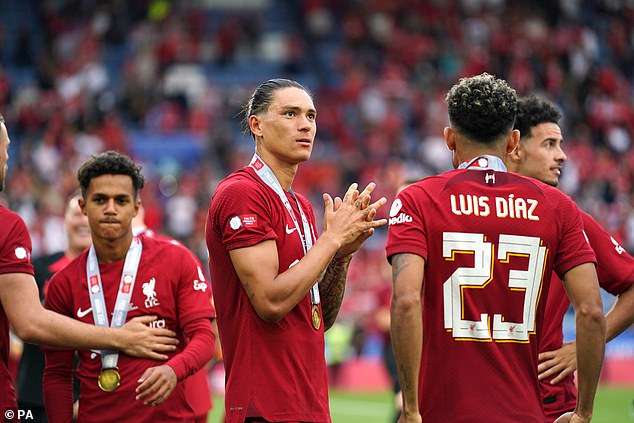 Nunez’s goal didn’t completely end all criticism of him as @99reyRex tweeted: ‘That Nunez fella wasted about 4 clear chances before finally scoring but they’ll make it seem like he had a masterclass’.

There are big expectations of his opposition number Haaland this season, though his miss towards the end of the clash against Liverpool has been described as ‘one of the misses of the season’.

One Twitter account wrote: ‘Erling Haaland with one of if not the worst misses you’ll see all season.’

Another asked how they would ‘explain’ Haaland’s miss to their kids, while another  Twitter user wrote: ‘ That Haaland miss was one of the worst ones I’ve seen.’ 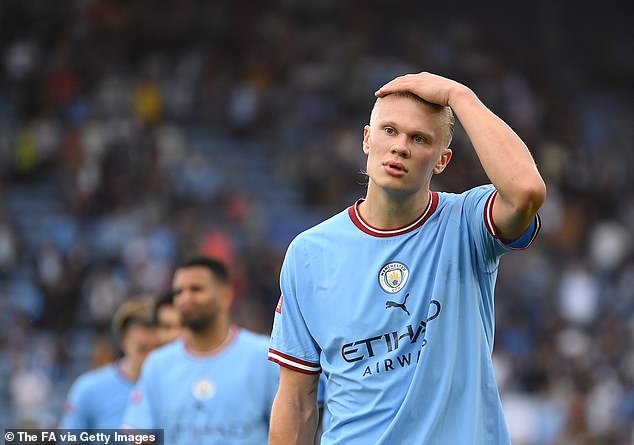 Nunez won the penalty after a handball by a City defender, which allowed Salah to give Liverpool the lead.

The Uruguayan striker scored Liverpool’s third and will be hoping to carry his momentum into the start of the season next weekend.

Utah by mountain bike: How, where and what to do après cycle

How Streaming Stars Pay the Price of Online Fame