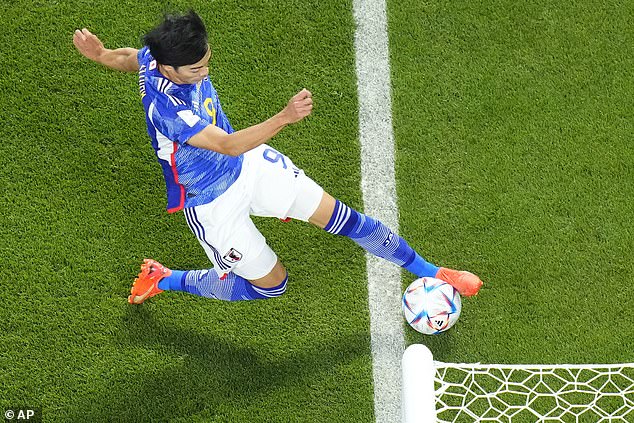 Japan’s controversial goal against Spain that sealed their progress to the World Cup last-16 and sent Germany crashing out has led to a huge debate about whether it should have stood – after the ball appeared to cross the line in the build up.

Ao Tanaka scored from close range as Japan came from behind to lead against their European opponents to secure one of their most famous ever results, with a VAR review overturning the original decision to disallow the goal.

The ball appeared to have clearly gone out of play before Kaoru Mitoma had crossed it back into the box for Tanaka to score and has led to outcry over why it was allowed to stand. 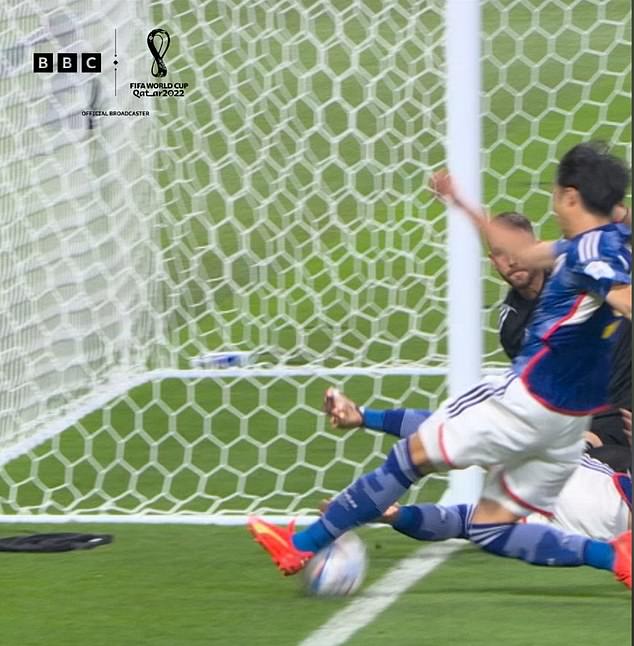 The shock result against Spain meant that 2014 champions Germany were knocked out of the competition at the group stage for the second tournament in a row – despite beating Costa Rica 4-2.

Germany will be incensed by the call in particular after being sent packing over the finest of margins. One fan made light of the situation by claiming the team had been knocked out of the World Cup by a couple of millimetres’, with another adding: ‘It couldn’t have happened to a nicer bunch.’

There was a long VAR check after Tanaka had put the ball in the back of the net before officials decided the goal should stand in a decision that has left pundits baffled.

‘That dead ball line is going to be a part of Japanese football history as things stand,’ ITV commentator Clive Tyldesley said.

‘I need another look at that one Clive’, co-commentator Ally McCoist said, prompting Tyldesley to quip ‘Oh I think we’ll be seeing it again.’ 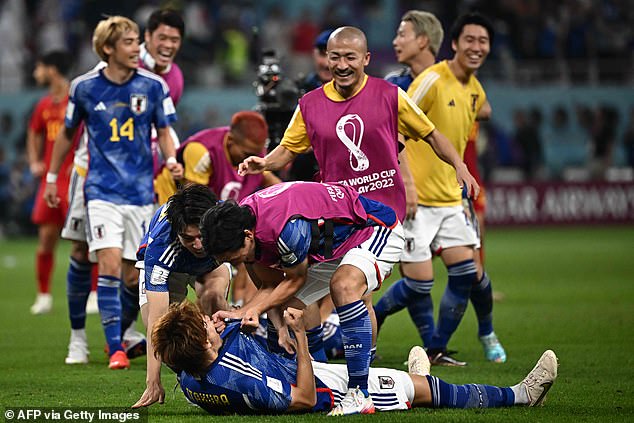 Fans on social media also questioned the decision to award the goal, accusing VAR of ‘failing again’ following previous controversies with the technology in Qatar.

‘How’s that second Japan goal stood,’ one fan said on Twitter. ‘VAR is a great laugh.’

A second fan claimed ‘Surely VAR has failed again. That ball for Japan’s second goal looked out. VAR will struggle to get out of the group stage.’

‘Not sure how VAR has given that Japan goal,’ another bemused fan tweeted. ‘Whole of the ball looked out.’

The decision reached by VAR did receive some backing. 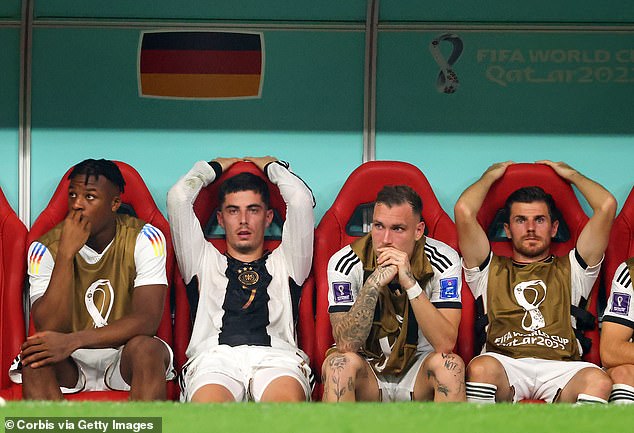 ‘It’s the absolute apex on the circumference of the ball that counts, and it looks like that’s still in play to me…’ one fan said.

Another wrote: ‘VAR got this right for a change.’

And one posted: ‘And that’s why we have VAR. Huge moment. The ball hasn’t crossed the line. Imagine how aggrieved Japan would have been had it not stood in the World Cup of all stages.’

However, pundit Gary Neville was left incredulous about the decision to award the goal, saying: ‘I don’t believe in conspiracies, I just think that at this tournament they’ve not demonstrated it [well].

‘From that first offside goal disallowed – Ecuador vs Qatar, game one – I’ve struggled with it and found it uncomfortable that we’re not being given the correct angles. It doesn’t feel right. 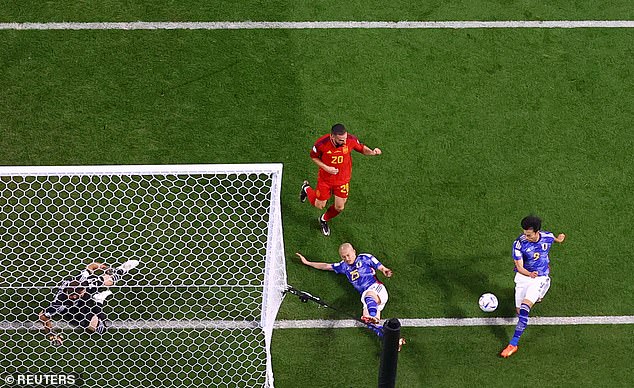 ‘We’ve got 100s of cameras in these stadiums where we can’t miss anything and yet we’ve gone backwards in terms of demonstrating decisions. Someone in that VAR has seen something that is absolutely categoric that they should overturn it.’

His colleague Graeme Souness was in agreement, adding: ‘There’s 80 million Germans going mad right now, waiting for a picture that shows that the ball didn’t go out of play.’

‘Every TV studio, every pundit, everybody who’s got an interest will want to see the picture. Why are FIFA not showing us something which is so controversial and has cost Germany so dearly? Why are they not showing it to us?’

‘We’re close to an hour since the incident. The longer they don’t produce a picture that shows conclusively that it went out of play, you’re left thinking that there’s something untoward going on.’

Referee analyst Peter Walton was brought in to discuss the matter and even admitted that he found it ‘peculiar’ that there were a lack of angles covering the incident. 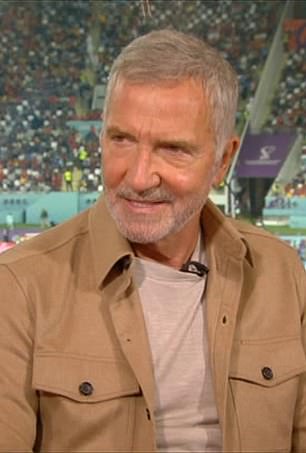 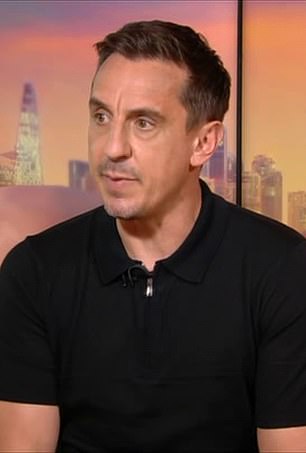 Walton said: ‘Well that’s very peculiar because if you remember at the start of this tournament, for offside decisions, FIFA said that they would be shown automatically to the stadium so the people watching could see them.

‘That technology is still available for this goal line decision here, so I’m at a miss as to why they haven’t shown it yet.

‘Clearly they’ve got their reasons but only time will tell. But I do think the evidence will appear sooner or later, whether or not that ball hasn’t completely crossed that line.’

Japan held on to secure a historic victory over Spain, which saw the Asian nation top Group E.

Spain progressed as the runners-up, with four-time winners Germany crashing out.