Films about slavery mislead us about the oppression of today 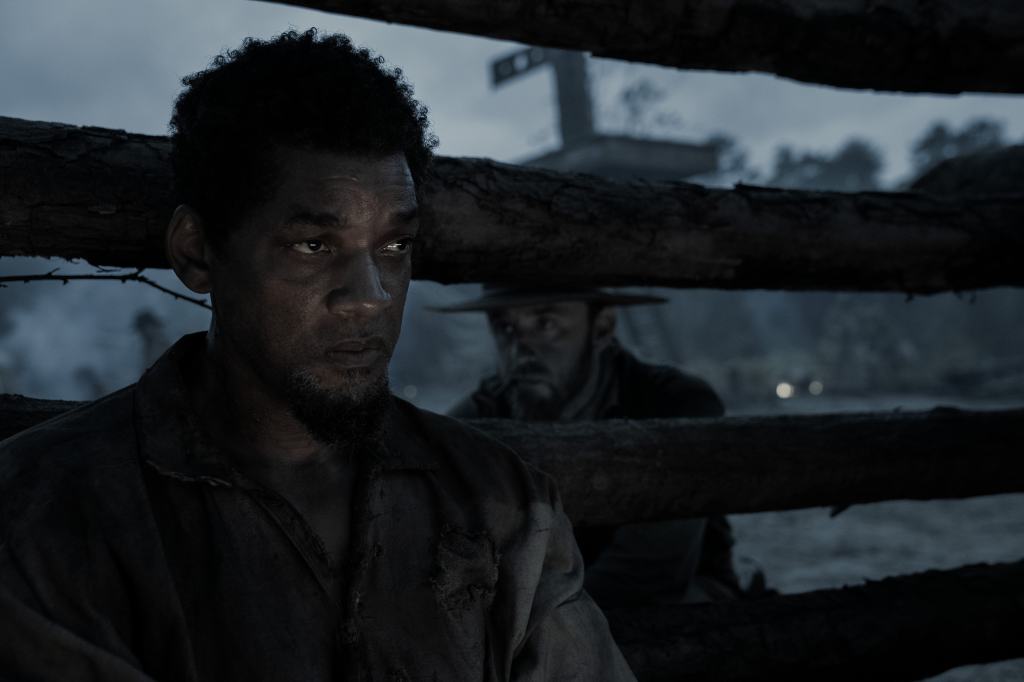 Antoine Fuqua’s “Emancipation” is yet another movie about slavery. Our Black colleagues express a resounding fatigue with films on Black oppression and triumph.

Watching these films is stressful, and people grieve those ancestors brutalized for profit and pleasure. But the main reason these movies drain so many people is that they risk rendering the past as over and offer only salvation as a route to survival.

Critical portrayals of U.S. history are timely: The Supreme Court is debating outlawing affirmative action, and critical race theory is under attack. Yet, at the very same time, there is widespread acceptance of films about Black oppression — as something in the past. This speaks to an appetite for identifying oppression as an era from which we have arrived and to which we could not return.

“Emancipation” tells the true story of the escape from slavery of a man named Peter, played by Will Smith. At one showing, when the audience witnessed Peter fighting back against his 1800s oppressors, they clapped. But in 2015, when Bree Newsome removed the Confederate flag at the South Carolina Capitol, she was accused of defacing American history. When Nikole Hannah-Jones produced “The 1619 Project,” she was denied tenure. It seems that Black people fighting back is pleasing to the American public only when it is from the supposedly closed chapters of history.

Certain forms of historicizing can depict racism as an error overcome rather than a system still working as it was intended. Though “Emancipation is filmed in black-and-white, indicating that the violence it depicts is archaic, many of the scenes trigger anger and pain for those who recognize the same violence today: The excessive stabbing of a dead enslaved person resembles the rain of bullets upon Black men; racism from seemingly lovely white children; the sound of police dogs; and prevailing white fear that if Black people have an inch of rights, they might overtake the country.

Oppression has only shape-shifted. Black Americans are viewed as free because they do not wear the shackles that signal slavery. Yet, until 2015, Whole Foods used prison labor, often primarily that of Black inmates due to disparities in the criminal justice system. Amazon has continued to suppress unions of which Black employees are the predominant minority and has kept Black employees in lower-ranking positions. There are countless versions of repackaged oppression that may appear as mere historical vestiges. They are anything but. These tactics are rooted in uninterrupted fear of Black agency.

It should not be lost on the American public that U.S. policing originated from patrols hunting and returning escaped “property” to slave owners. The past is not over.

If part of the exhaustion from commemorative films is the clarity of how little has changed, so, too, is how the path to liberation is depicted. In “Emancipation,” the burden falls on Peter’s spiritual strength to endure suffering. The message is that if you have faith, you will one day be free.

In the movie, photographers tell Peter how to pose to show his scars and inspire a rallying cry against slavery. “Emancipation” producer Joey McFarland was criticized for bringing the historical image of “Whipped Peter” to the movie premiere. His intent, he said, was to remind the public that this image “resonates and promotes change today.”

Certainly, we need to counter historical amnesia. But why is it necessary to fuel the appetite for harmed and dehumanized bodies? When Black suffering is a token, support for Black life is a fad. Support for Black Lives Matter spiked to 67% the month after George Floyd’s murder and only three months later dropped back to 2017 numbers.

In the U.S. and beyond, the American empire assures a social contract that offers conditional sovereignty without emancipation in exchange for obeisance. Mass consumption is made affordable through coerced labor and resource extraction — from coltan mines in the Congo to strawberry fields in California. Meanwhile, the supposed spread of democracy is exercised with hoods, shackles and dogs in Guantanamo Bay and Abu Ghraib.

Tales of past suffering and salvation risk redeeming this still-brutal present. It is for this reason that consumption of Black and brown death is a popular form of bearing witness and that reform is widely celebrated while abolition is not.

If we are to confront a still-active history of slavery and oppression, it will not only be through narratives about individual suffering and salvation, but also through unrelenting joint struggle that threatens the pillars of a racist society.

Sheehan Fisher is a clinical psychologist and an associate professor in psychiatry and behavioral sciences at Northwestern University. Kali Rubaii is an assistant professor of cultural anthropology at Purdue University. ©2022 Chicago Tribune. Distributed by Tribune Content Agency.