Five mega fights to look out for in Phase 2 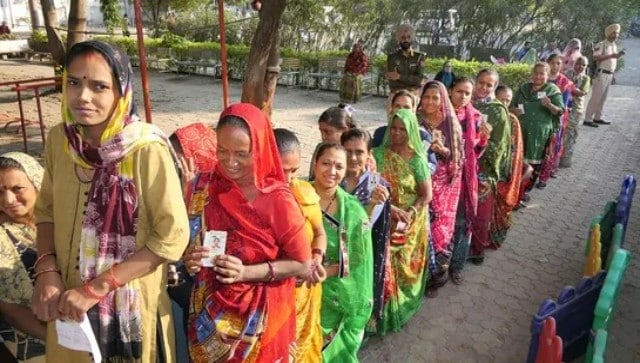 Ahmedabad: The polling in the second and final phase is being conducted for 93 Assembly constituencies across 14 districts of north and central Gujarat. As many as 833 candidates from 61 parties are in the fray in the second phase of the Gujarat elections whose fate will be decided by over 2.51 crore electorates.

These constituencies including Ghatlodia, Viramgam, Vadgam, Godhra, and Gandhinagar are spread across 14 districts of the state.

Here are the mega clashes in phase 2:

Gujarat Chief Minister Bhupendra Patel is running for re-election in this seat, which he won in the previous election by a huge margin of 1,17,750 votes. On September 21, 2021, an engineer who had previously chaired the Standing Committee of the Ahmedabad Municipal Corporation replaced Vijay Rupani as the CM. Recently, Union Minister Amit Shah asserted publicly that Patel will continue to be in charge after the election.

The first-time MLA is contesting against Congress candidate Amee Yajnik, who was chosen to serve in the Rajya Sabha in the year 2018. AAP candidate Vijay Patel is also running for office.

Hardik Patel, who joined the BJP after resigning as the working president of Congress’ Gujarat unit in May after attacking the grand-old party’s leadership, is making his poll debut from this seat. He will be contesting against Congress candidate Lakhnabhai Bharwad who defeated BJP’s Tejashree Patel in 2017 Assembly election by a margin of 6,548 votes.

BJP has fielded former Congress leader Manilal Vaghela in this seat against Jignesh Mevani, who is currently holding the seat. Congress has chosen Mevani, who was contesting as an independent candidate in the last polls, against Vaghela who had defeated his BJP rival in the 2012 polls by over 21,839 votes.

Notably, former journalist and lawyer Mevani who founded the Rashtriya Dalit Adhikar March also faces a tough fight with AIMIM and AAP’s entry into the constituency.

CK Raulji, a former Congress leader, is fighting to win his fourth consecutive seat here. He has managed to retain his seat last time as a BJP candidate by only 258 votes, after winning the seat in 2007 and 2012. During recent campaigns, key BJP leaders, including UP CM Yogi Adityanath raked up the 2002 train carnage wherein 59 Hindu pilgrims and volunteers died.

Gandhinagar South is one of the crucial seats for the saffron party, which is ruling the state since 1990. BJP has fielded Thakore, who won the 2017 election from Radhanpur. He switched to the BJP two years later and failed to retain the seat in the following by-polls. Congress has chosen Himanshu Patel to defeat Thakore in this constituency, which has witnessed BJP coming to power.

Abandoned English airport is planning to reopen with budget…

Amid debt ceiling standoff, why Joe Biden is refusing to…