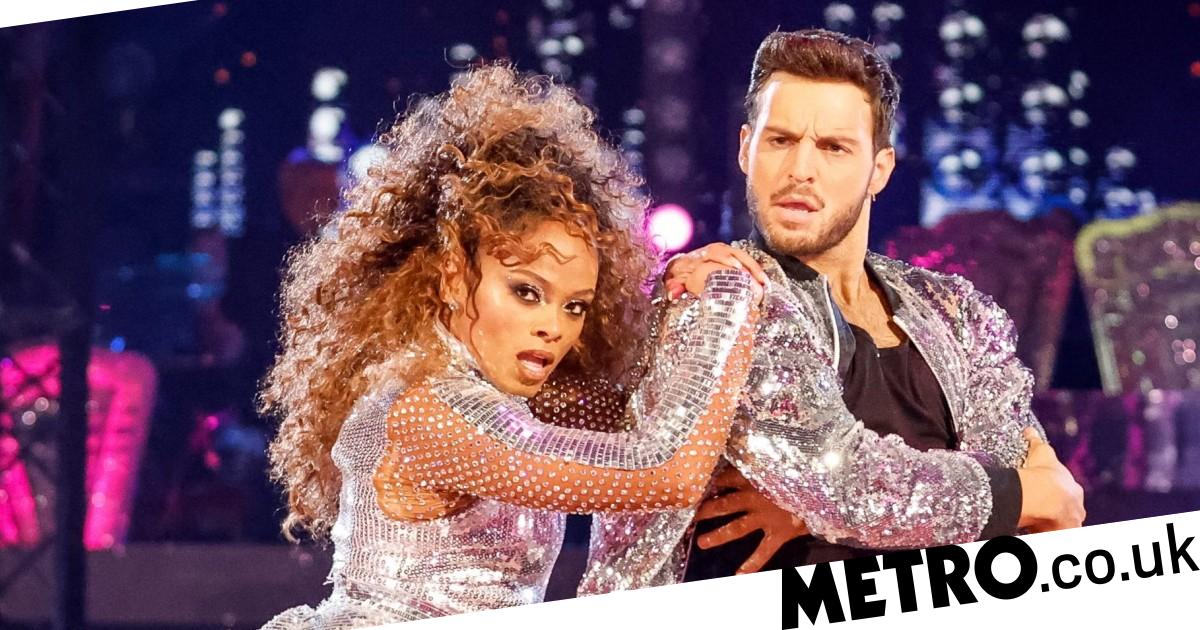 Strictly Come Dancing’s Fleur East felt the presence of her late father when she received the first perfect 40 score of the series.

In an exclusive interview with Guilty Pleasures, the pop star and presenter said her dad Malcolm, who died from a heart attack  in 2020, was watching over  her during last weekend’s extravaganza in Blackpool.

‘At the beginning of Strictly, I was going, “I’m so gutted my dad’s not here”,’ Fleur said.

She told her husband Marcel,  ‘If Dad was here, he’d be doing this, saying this’, to which he responded: ‘You know he is here – he can see it all’.

The Sax singer added: ‘Because the Couple’s Choice dance was dedicated to my family… when we were doing it, I felt so connected to my dad. I really did get a sense of him in the room. I can’t explain it.’

Fleur, 35, has a ring made from one which belonged to her dad, and holds it before every dance. ‘I say, in my head, “Let’s go, Dad”. On Saturday, I said it again and I looked up at the ceiling of the ballroom and I was like, “Yeah, he’s here, this is all good, we’re good… Dad is definitely here”.’

Fleur and her dance partner Vito Coppola, 30, totted up tens across the board for their un-Bey-lievable routine to a Destiny’s Child megamix – and she was thrilled to hear from band member Michelle Williams.

‘Michelle retweeted it, amazing. I was like, “What? She’s actually seen it?”’ she exclaimed, before quipping that Beyoncé has yet to get in touch: ‘Could you give her a little ring for me?’

Blame the rhumba for my slumba

She may be keeping perfect time on the dance floor – but the same can’t be said about Fleur’s timekeeping.

The presenter turned up 20 minutes late to her Hits Radio breakfast show yesterday after ‘rumba-ing with Vito’ late into the night.

An apologetic Fleur told her listeners: ‘I slept a little too well last night guys. I was dancing until past 10pm which explains the bags under my eyes. Bags for life!’

Of course, it will all be worth it if she can nail her rumba on this weekend’s show…

Fleur remains coy about her chances of lifting the glitterball trophy. ‘I have no idea, everything is a roller coaster,’ she insisted.

One thing’s for sure – having twice battled back from the bottom two, she is a Survivor.

Strictly continues on Saturday at 7.15pm on BBC One

Why debt is no longer the end