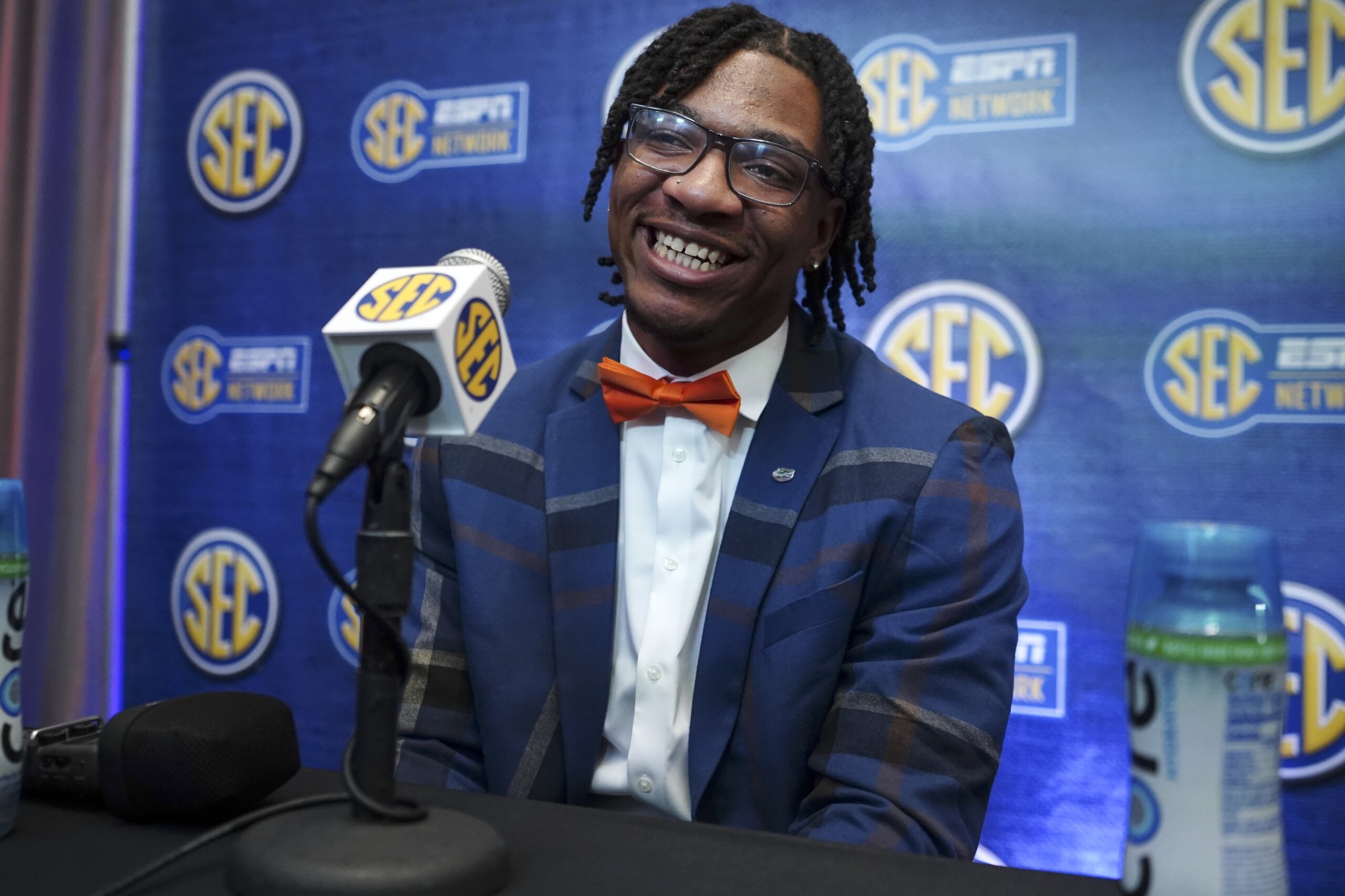 ATLANTA (AP) — Florida quarterback Anthony Richardson, who wears No. 15, has shed the nickname “AR-15” because he doesn’t want…

ATLANTA (AP) — Florida quarterback Anthony Richardson, who wears No. 15, has shed the nickname “AR-15” because he doesn’t want to be linked to the semiautomatic rifle used in mass shootings.

Richardson said Wednesday at the Southeastern Conference Media Days he is “just trying to rebrand myself and become a better person.”

The sophomore said he was thinking about “what the future holds” when making the decision.

“I’m not going to be able to play football for the rest of my life,” Richardson said. “I feel it was pretty much a business decision. There’s a lot going on and that kind of played a part in it. Just trying to understand like who I am as a person.

“AR-15 doesn’t necessarily describe who I am. I’m Anthony Richardson and that’s who I’ve been since I was born.”

One day after Alabama coach Nick Saban said his players made more than $3 million in name, image and likeness deals, Georgia coach Kirby Smart wouldn’t give a total count on the earnings of his players.

Smart said he preferred to emphasize having 95 players with NIL deals. He said winning the 2021 national championship helped his players take advantage of the NIL opportunities.

“I would rival anybody in the country with 95 NIL deals coming off the national championship, a pretty gaudy number that we’ve been able to give out,” Smart said before adding he didn’t think the total value of the deals was most important.

“I think it’s more about the depth of our deals than the total amount,” Smart said.

Kentucky coach Mark Stoops is 59-53 as he enters his 10th season, setting a school record for endurance.

The Wildcats carry a streak of six consecutive bowl seasons into 2022.

Smart confirmed he is close to agreeing to a contract extension. He is 66-15 in six years at Georgia.

Smart is earning more than $7.1 million per year on his current deal, which carries through the 2024 season. His extension is expected to be for 10 or more years and make him one of the game’s highest-paid coaches at about $10 million per year.

“I’m not concerned at all about it,” Smart said of the talks between Georgia’s administration and his agent, Jimmy Sexton.

“They’ve been tremendous in their communication with my representation,” Smart said. “I’m completely comfortable with where everything is. Both sides have worked really hard to get the thing done.”

Georgia quarterback Stetson Bennett is five years older than his brother, Luke Bennett, a wide receiver. Under normal conditions, that age difference would prevent the brothers from playing together in college.

Thanks to the NCAA granting an extra year of eligibility due to the coronavirus pandemic, Stetson is taking advantage of his sixth year — and the unexpected opportunity to play with his younger brother, a freshman, who signed with Georgia as a walk-on.

“That’s probably the coolest thing for me that came out of COVID-19, if you can say that,” said Stetson Bennett. “We were always super tight, but I was five years older than him. We were never able to get on the team together.

“Being able to have that opportunity, it’s special. We are both super lucky. I know my mom is a big fan of it happening. Hopefully, the stars align, and we can throw a pass to each other, but for right now, we are good just being on the same team.”