Football: Conte insists he is happy at Tottenham 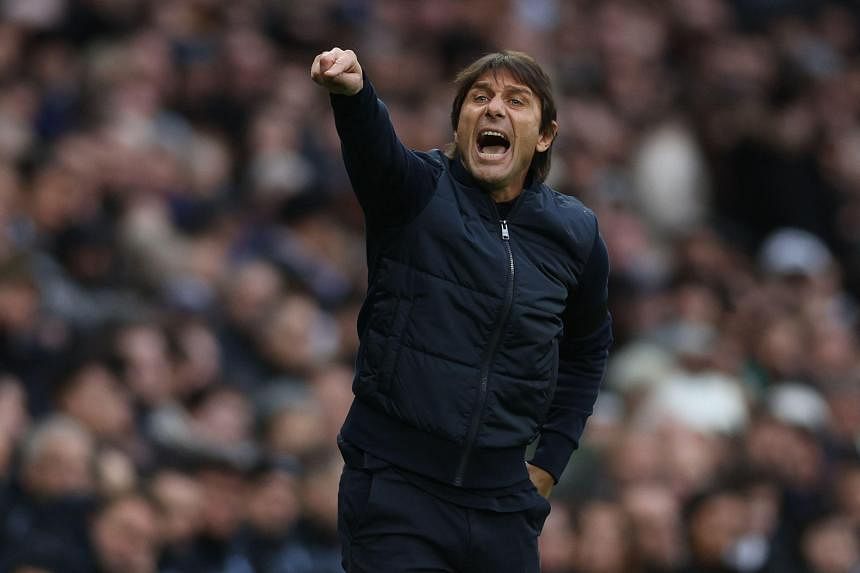 LONDON – Antonio Conte has insisted he is “happy” and fully committed to the project at Tottenham Hotspur despite his side’s recent struggles, as they prepare for their English Premier League trip to Crystal Palace on Wednesday.

Spurs are winless since they returned from the World Cup break, drawing 2-2 at Brentford and losing 2-0 at home to Aston Villa last Sunday.

Conte had been annoyed with his team’s performances and the Italian admitted that fifth spot may be the peak for Tottenham following their toothless attacking display against Villa.

Speaking on Tuesday ahead of the Palace clash, he clarified that all is well within the club and called for patience as his players gradually get back into shape after the World Cup.

“I’m happy. I’m happy with the way I’m working and Tottenham,” he said. “I’m happy, it’s a modern club and I have a good relationship with the players.

“I am really committed for Tottenham. There is this project and I signed a contract with this club to accept this project and try to build and help the club. During this process, it can happen, 1,000 things. The club can sack the manager or there are different visions, different situations.

“Many people have already forgotten the difficulty of the World Cup. We said this season will be really, really difficult. The players come back really tired. For sure, we have to analyse this aspect and find the best solution.”

With just two wins from their last seven Premier League games, Tottenham have been leaking goals, conceding at least two in each of the seven matches, as well as letting their opponents score first in all of those encounters.

Apart from their defensive issues, Conte also insisted after the defeat by Villa that he is lacking creative players in attack, comments which have been criticised by former England striker Chris Sutton.

“He’s the king of excuses, isn’t he? They were tired before the World Cup, they were tired after the World Cup, he needs more transfer windows,” he said on the BBC. “I suppose the question for Spurs fans is, have they really progressed under Antonio Conte? I’m not so sure. The performances haven’t been there this season and that’s the bottom line.”

Dejan Kulusevski is a doubt after missing the Villa game due to a muscle problem while Richarlison, Lucas Moura and Rodrigo Bentancur are still out and Yves Bissouma is suspended.

With Tottenham not at their best, Palace manager Patrick Vieira has reason to be optimistic as the Eagles have not lost to Spurs in four home matches in all competitions.

However, they also do not have a good record against London rivals this season. Their three losses at Selhurst Park were against Arsenal, Chelsea and Fulham, while they were held 1-1 by Brentford in August. AFP

Meet the latest batch of The Apprentice candidates

Jose Mourinho ‘interested’ in shock return to struggling Chelsea with…