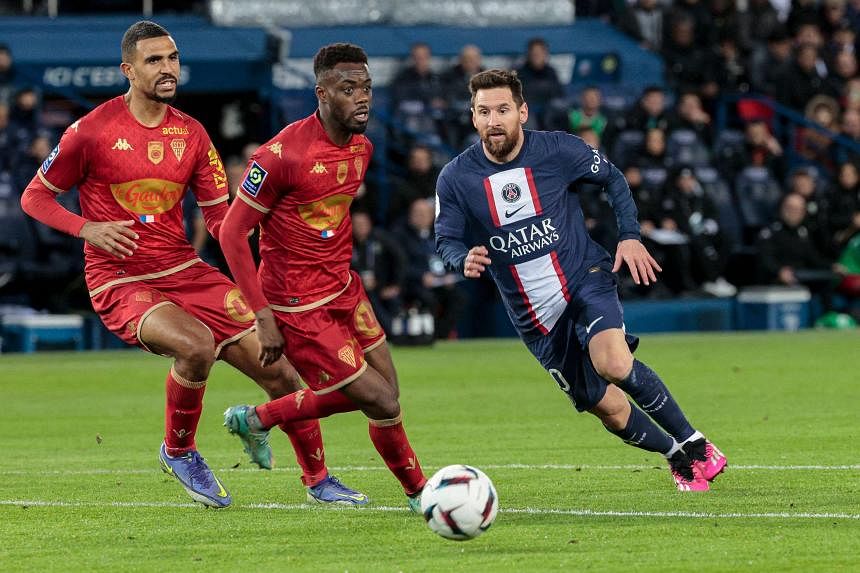 PARIS – Lionel Messi scored in Paris Saint-Germain’s 2-0 home win over Angers in Ligue 1 on Wednesday on his first appearance since leading Argentina to victory in the World Cup in Qatar.

The forward had been rested for PSG’s first three matches following the long break in the season caused by the World Cup but he returned to training in Paris a week ago and was back in the starting line-up for this game against Ligue 1‘s bottom side.

The win, which came three and a half weeks after he captained Argentina to their World Cup final triumph on penalties against France, saw PSG move six points clear at the top of the French table.

“Today again we saw the best player in the world,” coach Christophe Galtier said after the match.

“Leo had recovered well, he had a lot of sessions with us. He seems calm, light, very fit on a physical level. Leo wanted to play, came back physically well and when we have him on the field, we are guaranteed chances. He was able to play the whole match, that’s very good.

“It was important for him to play again quickly and for the team to find Leo in the heart of the game.”

Messi did not speak after the game but Galtier added that the Argentinian was grateful for fans’ support.

“Thank you and congratulations to the supporters for welcoming him as he was welcomed. Believe me, it warms his heart,” he said.

Neymar also started, having missed his team’s last two matches due to suspension and to undergo treatment on the ankle injury he suffered playing for Brazil at the World Cup.

Meanwhile, Kylian Mbappe was rested for a second straight game having been afforded time off for a holiday in New York in the wake of his own World Cup campaign, which saw the France forward score a hat-trick in the final but come out on the losing side.

Mbappe and Messi are expected to be reunited this weekend in Sunday’s match away to Rennes.

“We are coming back off the World Cup so it is difficult for the players to find their reference points again,” Galtier added.

“We are all just getting used to playing together again and you could see at times that we lacked some of the connections between the players that we had more often before the World Cup.”

In the the absence of Mbappe, young striker Hugo Ekitike again started in the home attack at the Parc des Princes and he opened the scoring in the fifth minute from a Nordi Mukiele cross at the end of a move in which Messi also featured.

PSG were not at their sparkling best but Messi swept in his 13th club goal of the season to make it 2-0 with 17 minutes left.

Ekitike and Mukiele were again involved before Messi applied the finish. The goal was initially disallowed for offside but a VAR (video assistant referee) check allowed it to stand. AFP

‘It’s no accident that it’s Achill and Inis Mór’: The inside story of how The Banshees of Inisherin found its island locations

Dish from Harry, one of their own, could fuel royal change

Wakeboarding: Sibling rivalry to the fore as Stuckey brothers finish first and second