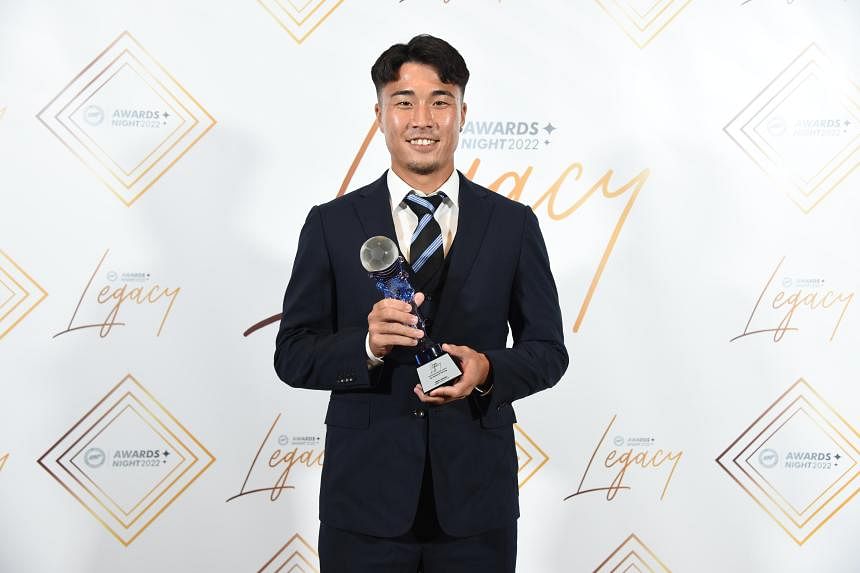 SINGAPORE – In a bid to wrest back the Singapore Premier League (SPL) title, the Lion City Sailors have boosted their firepower by prising reigning Player of the Year Kodai Tanaka from champions Albirex Niigata.

Tanaka racked up 33 goals and 11 assists as the Japanese side regained the SPL title in 2022. He joins goalkeeper Zharfan Rohaizad, utility player Rusyaidi Salime and national team winger Shawal Anuar as the Sailors’ post-season signings.

In a media statement issued by the Sailors on Monday, Tanaka revealed that he is looking forward to linking up with his new teammates as he eyes back-to-back league titles and the top scorer award.

The 23-year-old Japanese said through a translator: “I want to be a league champion again and I also want to win the Golden Boot because I didn’t win that last season. On top of that, I want to go one step further and do well in the ACL (Asian Football Confederation Champions League) – I trust (that I have) the abilities to perform at an even higher level.

“At the same time, I know I’m not a complete player yet and one of the things I’m working on this coming season is to increase the pattern and variety of goals that I can score.”

Tanaka’s move to the Sailors, along with local forward Ilhan Fandi’s transfer to Belgian second-tier side KMSK Deinze, means that Albirex’s former Japan international Tadanari Lee will have new partners up front next season.

Tanaka becomes the fifth foreign player on the Sailors’ roster, which throws up the possibility of them parting ways with one overseas signing unless an increase in clubs’ quota for imported players is confirmed.

The 2022 SPL rules state that all local clubs excluding Albirex will be allowed to register a maximum of four foreign players, of which at least one must be of the nationality of an Asian Football Confederation (AFC) member association.

The Straits Times understands that there have been talks among SPL club chairmen and Football Association of Singapore to increase the league’s foreigner quota to five, with at least one player belonging to an AFC member nation. The general sentiment among clubs here is that having an additional foreigner will increase the quality of the league, although budgeting is a concern.

Sources close to the club have indicated that the Sailors had looked at a possible mutual termination with striker Kim Shin-wook, who fills the AFC foreigner slot and finished as their top scorer with 21 goals and five assists in 26 matches.

In response to queries on whether it was looking to part ways with Kim, a club spokesman said: “We are continually looking to strengthen our player roster, and as a matter of process, we are moving to do that based on player registration guidelines for the competitions that we will be involved in in the season ahead.”

The Sailors who finished as the top local side in the 2022 SPL season, behind champions Albirex, are in the play-offs for a place in next season’s ACL. If they are unable to progress, they will take their place in the second-tier AFC Cup.

As part of sweeping changes in its club competitions, the AFC executive committee announced last Friday that there will be an increase in the foreign players’ quota for clubs. From next season, the quota will be 5+1 (five players of any nationality and one from an AFC member association), up from the existing 3+1.

Life as a night nurse: ‘It’s a privilege … knowing that I am supporting people at the most difficult time of their life’