The Young Indian is a family-controlled company with about 24 per cent shares given to party loyalists Oscar Fernandes and Motilal Vora. Now that both the leaders have passed away, one is not sure to whom their shares would be transferred

Nothing endorses the charges often levelled against the Congress being turned into a family limited company better than the National Herald case. The Indian media history is replete with publications which endorsed an ideological or a social cause.

Much before Jawaharlal Nehru founded the Associated Journals Limited in 1937, to publish National Herald in English, Navjeevan in Hindi and Quami Awaz in Urdu, freedom fighters had maintained a tradition of debating and protesting through media platforms, which then was limited to print. As historian Bipan Chandra mentions in his seminal work India’s Struggle for Independence, “Nearly all the major political controversies of the day were conducted through the Press. It also played an institutional role of opposition to the government. Almost every act and every policy of the government was subjected to sharp criticism.” 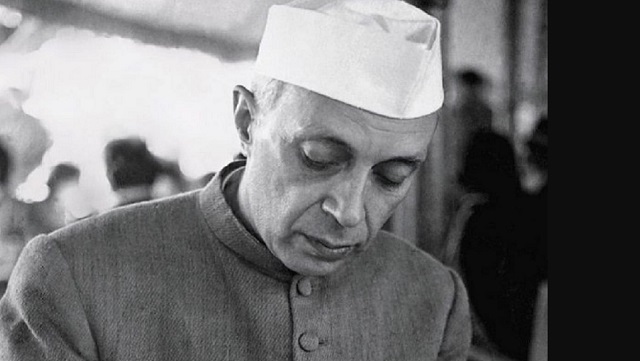 Even the British publications of the pre-Independence period were very clear about ideological bias in the favour of imperial rule in the country. Mahatma Gandhi makes a very pertinent mention of it in his autobiography, My Experiments With Truth. Mentioning about a meeting with one Mr Chesney Junior, then editor of The Pioneer, at that time under British ownership, Gandhi writes, “He promised to notice in his paper anything that I might write but added that he could not promise to endorse all the Indian demands, in as much as he was bound to understand and give due weight to the viewpoint of the Colonials as well.”

Therefore Nehru only carried forward the tradition set by Bal Gangadhar Tilak, Lala Lajpat Rai and of course Mahatma Gandhi to endorse the demand for Independence and also the ideological moorings of the Congress party. Albeit his attempt was to make the publication professional and self-sustaining, thus formation of a company under then prevailing Company Act.

To give it a wider base Nehru had several leading Congress leaders, especially belonging to United Provinces (now Uttar Pradesh), as shareholders like PD Tandon, GB Pant, Acharya Narendra Dev and Rafi Ahmed Kidwai, among others. Nothing wrong in seeking a professional management of an ideologically-inclined publication.

One of the most notable examples of this is Bharat Prakashan Trust, which publishes The Organiser in English and Panchjanya in Hindi. Though de jure independent publication, their subservience to right-wing ideology cannot be missed. Founded in July 1947, Bharat Prakashan in the past 75 years has gone from strength to strength largely on the basis of a huge reader support base among the followers of Rashtriya Swayamsevak Sangh (RSS).

In this context a very relevant comment was made by a former Lok Sabha member from the Congress party. On the day former Congress president Rahul Gandhi was summoned by the Enforcement Directorate and the party launched a country-wide agitation to protest the summon, Sandeep Dikshit, son of late Delhi chief minister Sheila Dikshit, tweeted saying: “If all the Congress leaders agitating on the streets had subscribed to National Herald, Navjeevan and Quami Awaz, these newspapers would not have seen such bad days.” While saying this Dikshit was probably aware of the fact that almost all such households which are sympathetic to RSS subscribe to The Organiser and Panchjanya.

What was the intent of changing the ownership of the three newspapers from Associated Journals Limited to Young Indian? The whole exercise seems to have been done to ease out the heirs of the other shareholders whom Nehru had brought on board.

The Young Indian is a family-controlled company with just about 24 per cent shares given to party loyalists Oscar Fernandes and Motilal Vora. Now that both the leaders have passed away, one is not very sure to whom their shares will be transferred.

The newspapers under the banner of Associated Journals had stopped publication in 2008. At that point of time the company was under a debt of Rs 90 crore. This loan was paid off by the All India Congress Committee. Thereafter, Young Indian, the company which has 76 per cent combined shareholding by Sonia Gandhi and Rahul Gandhi bought shares, took over the holdings of Associated Journals.

According to media reports, Rahul Gandhi is reported to have told the Enforcement Directorate that Young Indian is a not-for-profit company that was incorporated under special provision of Companies Act and that not a single penny has been taken out of it. The same media reports also said the ED officials countered Gandhi’s claim and alleged that the company has not done any charitable work from the time it was formed in 2010. It’s difficult to say that Sonia Gandhi and Rahul Gandhi would not be able to fight the case legally and overcome the odds. The whole transaction would not have been done without legal advice or without taking into account the repercussions it would have.

However, the fact remains that the current Congress leadership instead of cultivating three newspapers as its organ to promote its political plans and policies, strengthen ideological commitment of its cadres and use it as a platform for interaction, chose it to be an instrument of financial investment and return. This has proved certainly to be bad investment in terms of the loss of ideological fellowship and now the question mark on the whole transaction being legally tenable.

The writer is an author and president, Centre for Reforms, Development & Justice. Views expressed are personal.