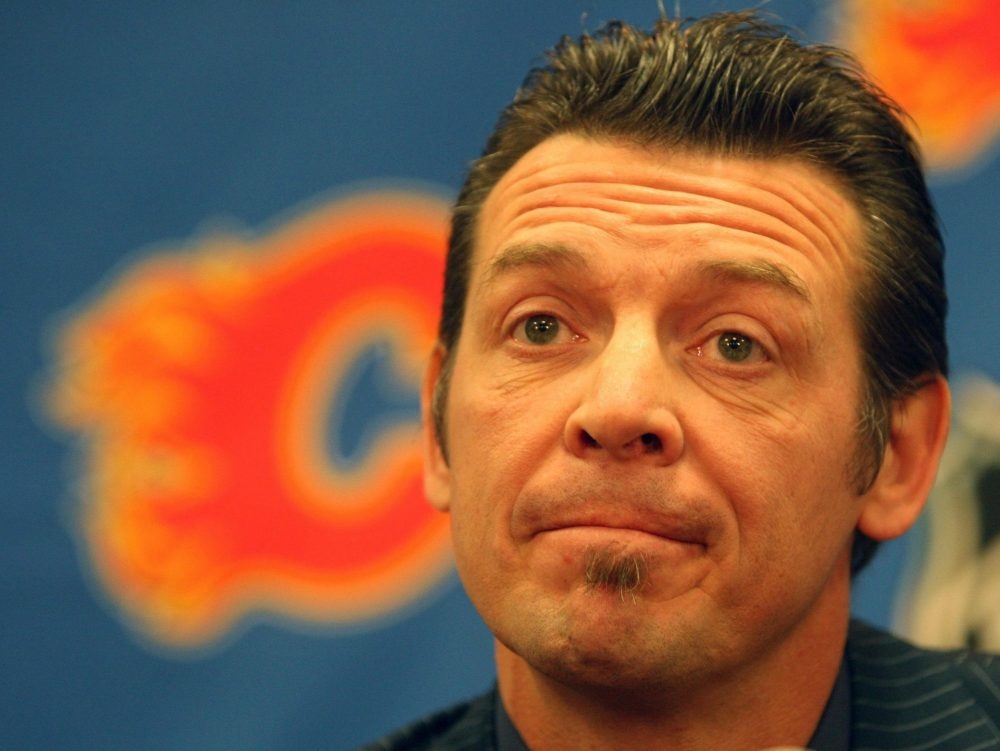 Former Calgary Flames legend Theo Fleury took to the airwaves in the U.S. to rip the National Hockey League.

Fleury, 54, scored more than a point a game during his storied career with Calgary, Colorado, the New York Rangers and Chicago, and he made his point on Tucker Carlson Tonight on FOX this week.

Carlson asked Fleury on the show: “Were race politics a big part of hockey when you were playing?” according to the New York Post.

“No. God no,” Fleury replied. “You know, I think the reason why we all gravitated toward hockey was first and foremost it was fun. Then secondly, you know, there was no politics involved. You know, we played this sport because we absolutely loved it.

“For me personally, it was an escape from what was going on in my homelife at that time. You know, I fell head over heels in love with the sport. You know, I was really good at it obviously and pursued a career in this amazing game that we play,” he said.

Fleury helped lead the Flames to the 1989 Stanley Cup as a 20-year-old depth player and went on to score at least 30 goals seven times for the club, including 51 in 1990-91. Fleury also played for Canada at the World Juniors, a pair of World Cups and the 1998 Olympics in Nagano, Japan and the gold-medal-winning side at the 2002 Olympics in Salt Lake City.

Fleury now hosts a podcast with former figure skater Jamie Sale and is known for his outspoken opinions on COVID-19 and for telling Carlson previously Canadian Prime Minister Justin Trudeau is controlled by unnamed foreign entities and that the Canada convoy protest would lead to a “revolution.”

He has also promoted conspiracy theories.

He was asked why more players don’t speak out.

“I think (it’s) really because we’re so divided, Tucker. Deep down hockey players are, you know, guys who are compassionate and empathetic; it’s just something we don’t want to get involved in. It’s an argument that we can’t win, you know.”

Fleury clarified he doesn’t care who takes to the ice.

“Unfortunately politics has no place in any sport, whether that’s football, basketball, hockey, (or) baseball. Politics should never be a part of any kind of sport whatsoever.”

Colorado GOP calls on Boebert challenger to withdraw from race, save taxpayers money on recount effort