Fossil-fuel deals aren’t worth it for banks, climate group says 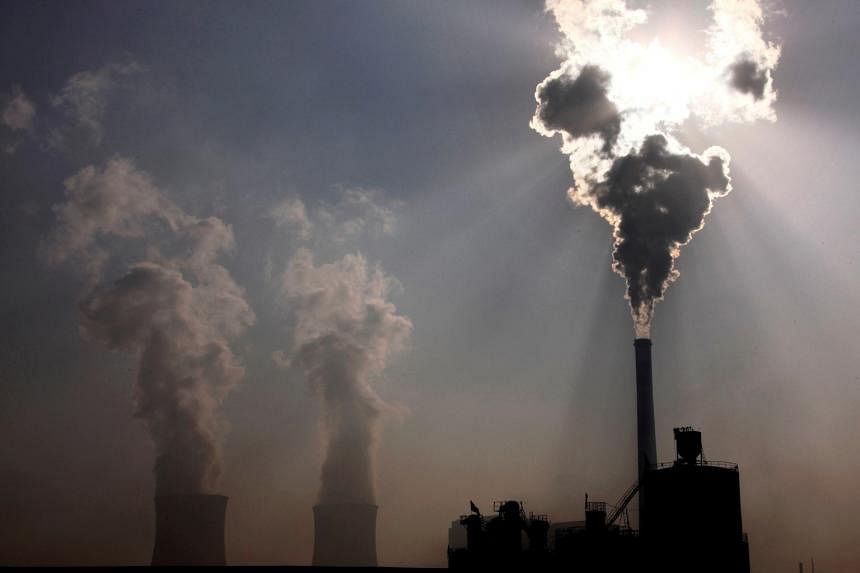 LONDON (BLOOMBERG) – Banks earn just a tiny fraction of their bond underwriting fees from fossil-fuel companies, making these deals not worth it given the associated environmental impact and reputational risk, according to a group of climate-focused non-profit organisations.

For 22 leading global banks, revenue from arranging bond sales for coal, oil and gas companies represents an estimated 0.01 per cent to 0.06 per cent of their total corporate debt underwriting fees, the Toxic Bonds campaign said, citing an analysis of data from firms including Bloomberg LP (the parent of Bloomberg News).

“Fossil-fuel companies need banks, but banks don’t need fossil-fuel companies,” said Alice Delemare Tangpuori, senior strategist at Bank on Our Future. “Coal, oil and gas bond underwriting is no cash cow for banks. Rather, it’s a sickly beast, putting banks’ reputation and the future of our planet on the line.”

For the world to avoid catastrophic levels of warming, the United Nations’ Intergovernmental Panel on Climate Change has said there must be a rapid phasing out of coal mining. It’s also called for a “substantial reduction” in overall fossil-fuel use and financing. Separately, the International Energy Agency has said there should be no new coal, oil or gas development from 2021 onwards.

Since the landmark Paris climate agreement in late 2015, banks led by JPMorgan Chase & Co, Citigroup and Bank of America have earned fees of an estimated US$12 billion (S$16.8 billion) from arranging about US$1.7 trillion of bond sales for oil, gas and coal companies, data compiled by Bloomberg show. In the same period, they garnered US$69 billion of fees from arranging US investment-grade and high-yield corporate bond sales.

Almost 115 banks, which collectively control 38 per cent of the industry’s global assets, have joined the Net-Zero Banking Alliance, meaning they’ve committed to align their lending and investment portfolios to achieve net-zero emissions by 2050. However, banks can exclude their underwriting and other off-balance sheet activities from these targets, according to NZBA guidance.

Weak climate policies and loopholes in emissions-reduction targets “allow toxic bonds to slip through the net”, which shouldn’t be the case, Delemare Tangpuori said.

NZBA said the group intends to make emissions from the banks’ capital-markets activities part of its 2030 target-setting and disclosure requirements. This depends, however, on the development of appropriate methods for attributing these so-called facilitated emissions to banks, NZBA said.

The Partnership for Carbon Accounting Financials is working on one approach, which the NZBA said it’s likely to recommend but not prescribe in order to allow for the development of other methods.

Some banks have taken proactive steps to go beyond NZBA’s current guidance. JPMorgan, Goldman Sachs Group, Toronto-Dominion Bank and Canadian Imperial Bank of Commerce include their underwriting businesses in their emissions targets.

Earlier this year, HSBC Holdings caved to shareholder pressure and committed to update its fossil-fuel targets to include capital-markets activities. The bank’s new plan is scheduled to be unveiled in the fourth quarter.

Reverend condemns ‘colonialism and racism’ in front of William and Kate