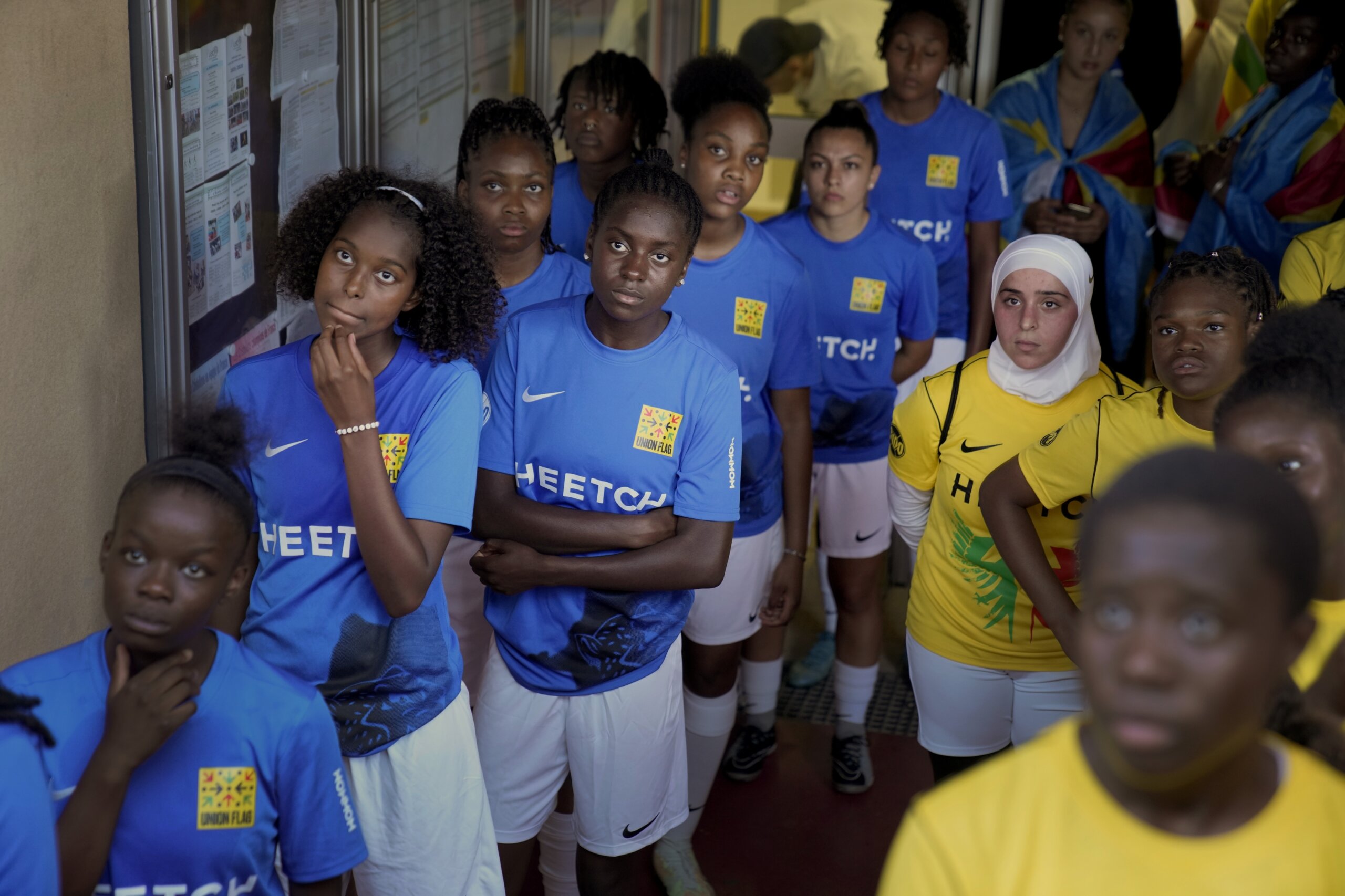 The National Neighborhoods Cup is intended to shine a positive spotlight on working-class areas with large immigrant populations that some politicians and commentators scapegoat as breeding grounds for crime, riots and Islamic extremism.

Players with Congolese heritage beat a team with Malian roots 5-4 on Saturday in the one-month tournament’s final match, held at the home stadium of a third-division French team in the Paris suburb of Creteil. The final was broadcast live on Prime Video.

The event competition grew out of local tournaments modeled after the African Cup of Nations that have been held in recent years in suburbs and towns across France where former immigrants with African backgrounds have lived for years or generations. This tournament, however was broader, and international in scope.

Along with teams from former French colonies in Africa, the participants included teams from European nations like Portugal and Italy. Players from France’s former colonies in Asia also competed.

The tournament, which was launched in 2019, challenges the French ideal of a colorblind republic that doesn’t count or identify people by race or ethnic background. The ideal was intended to provide equal opportunity by treating everyone as simply French; in practice, people in places like Creteil experience discrimination and ethnic tensions daily.

“We are Afro-descendants, we are claiming our roots and we are proud,” said tournament founder Moussa Sow, who works at the Red Cross and grew up in a Creteil neighborhood with a tough reputation. “It’s not because we carry this heritage that we are going to erase our French identity.”

The France team — like its World Cup-winning national team — is made up of white, Black, Arab and multiracial players that reflects the country’s diversity.

“We have players who have two or three nationalities. It is a strength for us, a richness,” Sow told The Associated Press.

Sow witnessed firsthand the growing tensions among young people divided into rival groups according to which quarter of Creteil they were from, and wanted to gather inhabitants around the love of soccer and a celebration of cultural heritage.

Mohamed Diamé, who made 31 appearances for Senegal and played for West Ham and Newcastle in the English Premier League, former Mali and Paris Saint-Germain defender Sammy Traoré and Senegal manager Aliou Cissé all took part. In February, Cissé became a national hero after guiding Senegal to long-awaited victory in the African Cup of Nations.

Traoré and Diamé both made it to the top level in soccer and both grew up in Creteil, providing an example to young people that success is within their reach, too.

“I started my first training here when I was 7. I considered people from this neighborhood as brothers,” Diamé told the AP. “This feels like a pro tournament. We have a group chat, we support each other, we are determined.”

The amateur cup has grown since Sow started in 2019. Colorful placards of multinationals and local companies sponsoring the event were seen around the field. Young people and families can grab a merguez sandwich — a spicy sausage of North African origin long popular around France’s soccer stadiums — or other snacks and sing along to popular French songs, played by a DJ near the field.

“I am happy and proud, despite the anxious climate in France, to see people of different generations gathering,” Sow said.

Even though the tournament is strictly amateur, the technical level among players was good. At last weekend’s semifinals, high-quality cross-field passes and clever dribbles were cheered by the crowd. Some scouts were on the sidelines, sensing an opportunity to recruit talented young players.

Suburbs and satellite towns around big cities, known in French as “les banlieues,” are fertile ground for soccer talents in Europe. Academies in France — notably Lyon, Monaco, Nantes and Rennes — are ranked among the best in the Europe along with Spain for developing young players such as Real Madrid great Karim Benzema and World Cup star Kylian Mbappé.

But these same areas have also carried and been scarred by a rough reputation.

At the end of May, some far-right politicians blamed young people from the suburbs for violence outside the Champions League final at Stade de France in the Paris suburb of Saint-Denis. They were widely accused of vandalism, disruption of public safety and fraud.

Sow stressed that despite many people being suspicious of young people from the suburbs, where poverty and minority populations are concentrated in France, the tournament in Creteil has gone well. Defeats have been accepted with grace, and fans who have run onto the field after wins have been joyous rather than violent.

The mayor of Creteil supports the events, and a newly elected parliament member for the district, Clémence Guetté of the left-wing parliamentary coalition NUPES, came to the semifinals. Guetté called it a “unifying” event that promoted “beautiful values” that sport generates.

Diamé, who made around 240 Premier League appearances, has never let that take him away from his roots.

“No matter if you are Black, white, or Asian, everyone is welcome,” he told the AP. “Children, parents, grandparents, uncles or aunts. Everyone is here to enjoy a pure moment of pleasure.”

This story has been corrected to show that Moussa Sow works at the Red Cross, and isn’t a soccer player.

A sheep game is going viral in China despite tight gaming…