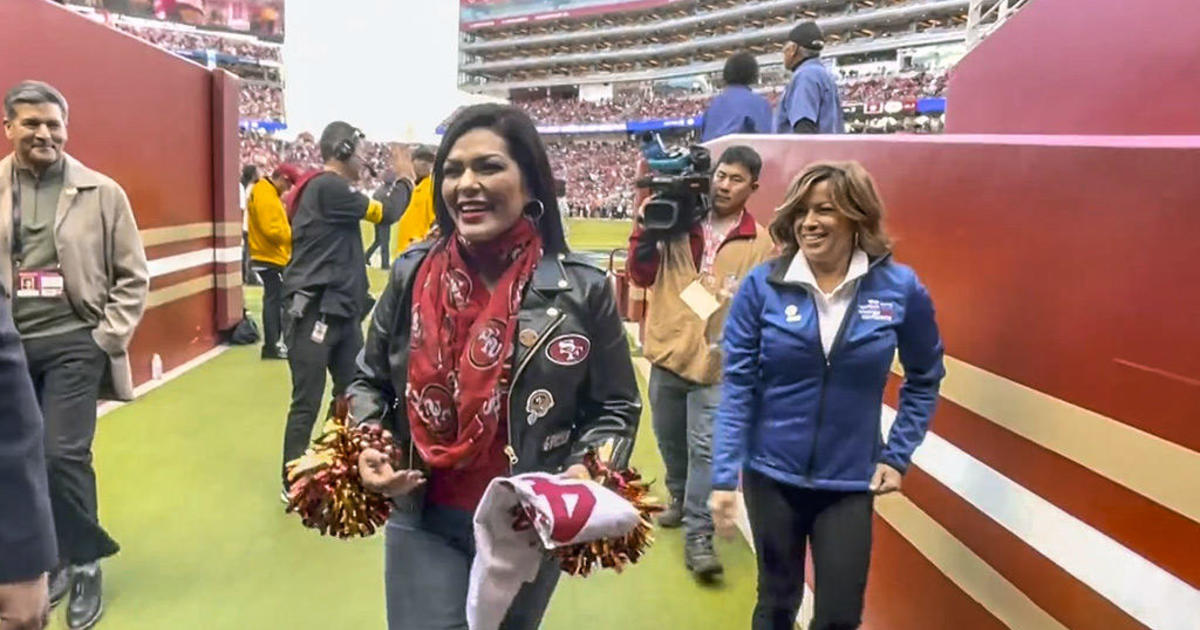 SANTA CLARA — Mary Linares-Garcia is a true 49ers fan. At Levi’s Stadium Sunday, the Niners honored Mary for her faithful commitment to her students and community.

“I’m so excited to be here. Not just be at the game but to be here as an educator and to be chosen because I’ve been a 49ers fan since I was born and raised a Niners fan,” Linares-Garcia said.

Linares-Garcia teaches at Rowell Elementary in Fresno, the same school she attended when she was growing up. While there, she helped start the dual language Immersion program for Spanish-speaking students.

“I came from the neighborhood that I work at now,” Linares-Garcia said. “Being from a low-income, single-parent family to, now, working there with the same children — you know, that was me back in the day. To be able to be there for them and support them and to know that’s our future, that I’m helping them — it’s just an amazing experience.”

“There was no doubt who the teacher of the game was supposed to be,” said Justin Prettyman, 49ers Foundation executive director. “It was Mary from the start.”

“All students are able to approach her and talk to her about anything and that’s how I know she’s passionate about her job,” said Gabby Pacheco, a close friend. “I know she looks forward to work every day and all the students love talking to her.”

For this forever-faithful fan, Sunday’s game against the Dolphins was her turn to be celebrated.

The 49ers Foundation and Chevron chose Linares-Garcia out of more than 450 nominations to be their Teacher of the Game.

Chevron’s Anita Miller congratulated her and gave her a special 49ers jersey with her name on it. Niners Nation cheered her on the entire time she was on the field.

“We’ve been doing it now two seasons,” said Prettyman. “And it seems to me that the roar just keeps getting louder and louder as our fans get to know the program. They know exactly when it’s happening and, when the teacher is walking out, the fans are cheering for them and giving them high-fives as they’re coming through the tunnel. I couldn’t be more excited to see our teacher getting the celebration and the recognition that she deserves.”

“To be chosen was such an amazing experience and honor,” Linares-Garcia said. “It was amazing. Like, you have no idea!”

The 49ers Foundation and Chevron are recognizing a total of 10 teachers from Northern California this season.

49ers Foundation’s Teachers of the Game presented by Chevron

Testing students in the age of ChatGPT: Asking the tough question