From rock to folk & more 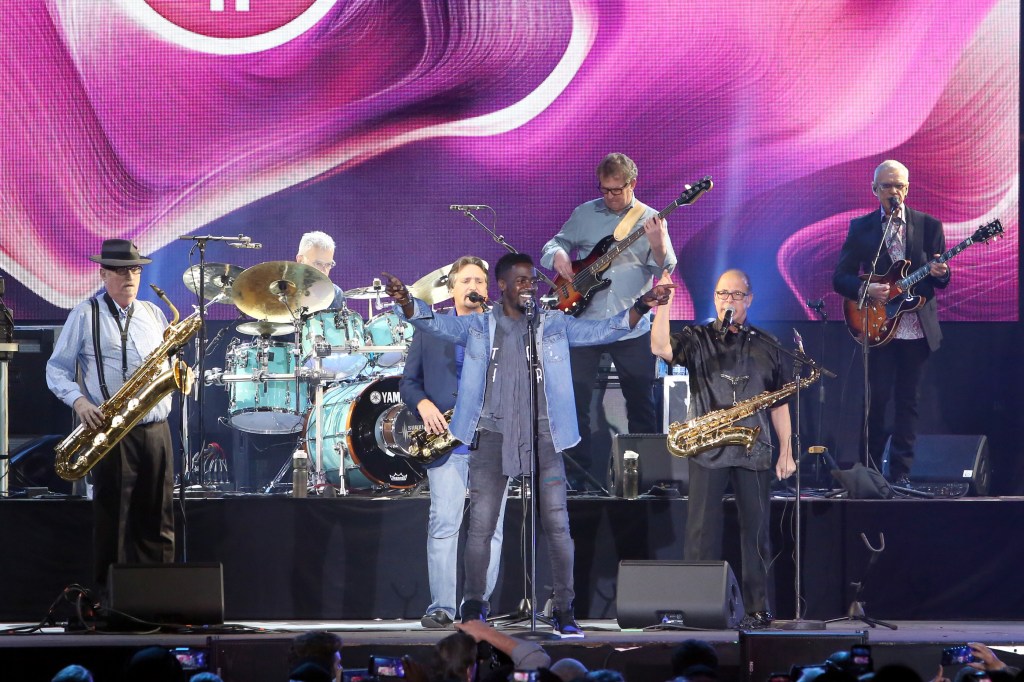 Last year at this time, the eternal question “What are you doing New Year’s Eve?” probably had a short answer: The city was still largely shut down and holiday events were in short supply. This year we’re glad to report no end of options for taking in some live music, putting on your dancing shoes, and generally living it up on Dec. 31.

You can start celebrating early when Jay Allen & the Archcriminals play the Plough & Stars in Cambridge at 4 p.m. Allen is the dry-witted bard of the local garage-rock scene; his songs are endearingly cranky and invariably hummable. If you stick around at the Plough, you can catch jazz pranksters the Bad Art Ensemble who’ll start playing nearer the midnight hour.

If you’re looking for a New Years Eve anthem, look no further than “Bad Time to Quit Drinkin’” by Ward Hayden & the Outliers. Long recognized as one of the city’s best Americana bands, Hayden and company (formerly called Girls, Guns & Glory) specialize in thoughtful songwriting, but can get good and festive when the mood strikes. They’re managing to play on both New Year’s Eve and the afternoon of New Year’s Day at the Lizard Lounge. Both shows will be devoted to songs of one of their heroes, Hank Williams.

There’s no shortage of rootsy music around the clubs for New Years. Marshfield’s contribution to modern reggae, the Elovators, headline a multi-band bill at the House of Blues. The rock/reggae/soul band Will Evans & Barefoot Truth have uplifted audiences nationwide with their socially conscious songs; they come home to play City Winery for New Years. The wonderfully named Confederacy of Dumpsters specialize in New Orleans R&B nuggets and play at the Village Social Club in Brookline. Singer Erin Harpe leads a musical double life, working mainly as a blueswoman in the Delta Swingers. But when the moon is full and the spirit is right, she just might get into her glittery clothes and shake it up with the disco band Lovewhip. They’ll do the honors at Lenny’s Hideaway in Cohasset.

Even Arlington is getting into the swing. The Menotomy Grill regularly hosts a weekly series of blues bands, but for New Years they’ve invited ‘em all: The married team of Sonya Rae & Ryan Taylor, who tore up the Austin club circuit before moving out here, headline a bill of the club’s favorites including Alex MacDougall and Jesse Williams, beginning around 9:30.

If you’d rather sit in a comfortable coffeehouse, hear some gentler music and get home well before midnight, Club Passim has called in Ellis Paul– not only one of the club’s flagship acts, but one of the definitive New England folk artists. A spiritual descendant of Guthrie and Dylan, Paul is always ready with a haunting tune and a well-tuned observation. (If you’re just not into leaving the house, the show is being livestreamed).

Maybe a funky New Year is what you crave. Nobody can provide that like Tower of Power, at the Cabot in Beverly. Formed in 1968, the Bay Area band is still true to its original spirit and sound– and they’ve still got three original members in the lineup, which for a band of this vintage is unheard of. A few years back they wrote a tune that says it all: “I’ve been through all them changes, you might say I’ve been around. But no matter what I’ve been through, I’ll still be diggin’ on James Brown!”

Never mind this live-music thing, maybe you just want to dance. If so, there are plenty of options. The goth-themed Heroes night has been a subterranean institution since its early days at the fabled Man Ray club; its current home is Sonia at Central Square. And a few worlds away from goth, you find ABBA. They’re the flagship artist of “Gimme Gimme Disco,” a rolling dance party that hits Brighton Music Hall this time. Over at the Paradise, an event called “Ball Drop” features a team of DJ’s who specialize in hip-hop and electronica. And at Big Night Live, well-traveled DJ’s Costa and Sisko will keep the beats pulsing, the lights going and the crowds gyrating well into the wee hours.