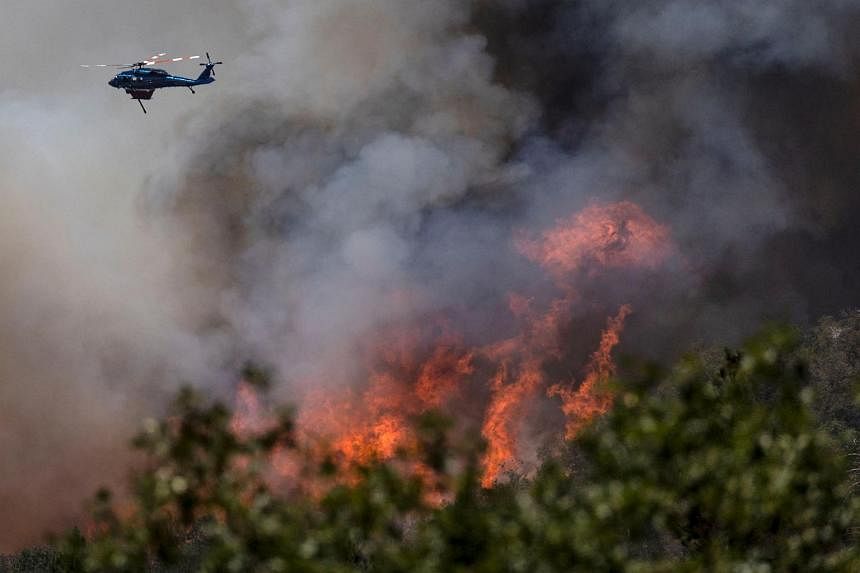 NEW YORK (BLOOMBERG) – As global warming leaves a trail of wildfires, drought and human loss across much of the northern hemisphere, there’s fresh evidence that the financial pledges needed to protect the environment might not be fit for purpose.

“I hope that what we’re seeing will accelerate action, but it’s not necessarily the case,” said Jean-Xavier Hecker, co-head of ESG research at JPMorgan Chase & Co, in an interview.

Commitments to slash greenhouse gas emissions by the world’s biggest asset managers are at best inconsistent, with analysts at Morningstar and JPMorgan seeing significant differences in how firms like Vanguard Group and State Street explain their net-zero emissions goals.

But with the latest bout of extreme weather underscoring the need for urgent action, there’s little time for the finance industry to experiment with different models for calculating their carbon footprint.

“The longer we spend talking about methodologies and data, the longer we delay action,” said Hortense Bioy, global head of sustainability research at Morningstar, which is calling for greater standardisation of net-zero methods. “The window of opportunity to take any meaningful climate action is rapidly closing.”

Some of the biggest fund managers remain heavily invested in the fossil-fuel industry. According to analysts at Bank of America Corp, European-based ESG equity funds have been increasing their holdings of energy companies such as Shell, Repsol and Aker BP in recent months. While many asset managers have yet to align the bulk of their assets with carbon-neutrality goals, some large investment firms have adopted varied net-zero strategies, making it hard to compare results and measure real-world impact.

The world has already warmed more than 1.1 degrees Celsius since the mid-19th century, according to the United Nations Intergovernmental Panel on Climate Change. At the current pace, that increase will reach 1.5 degrees – the level at which global warming becomes extra dangerous, in the view of climate scientists – as soon as the 2030s. From there, the intensity of extreme weather grows exponentially, doubling if global warming reaches 2 degrees and quadrupling at 3 degrees, the IPCC says.

The Net Zero Asset Managers initiative, which represents firms with US$61 trillion (S$84.5 trillion) of assets, allows members to choose between three methods for calculating how much of their portfolios are aligned with a net-zero goal. The thinking is that managers need flexibility to accommodate different operating models.

The result is a patchwork of outcomes. Axa Investment Managers has committed 65 per cent of its assets to net zero and set a carbon intensity target — a measure of emissions relative to revenue — of 50 per cent by 2030.

BlackRock, the world’s biggest money manager, uses a different gauge and says it expects “at least” 75 per cent of corporate and sovereign assets to be invested “in issuers with science-based targets or equivalent” by the end of the decade, according to an NZAM report in May.

“BlackRock’s formulation stands out because it’s not a pure commitment but more of an expectation” for achieving net zero, said Hugo Dubourg, co-head of ESG research at JPMorgan. It relies mainly on BlackRock’s investee companies hitting their targets first.

NZAM members are also free to decide how much of their portfolios to commit to climate neutrality goals. That means they can exclude high-polluting industries.

“For this reason, membership of the initiative alone shouldn’t be interpreted as proof of a credible pledge,” said Katie Stewart, senior research officer at ShareAction, in an email.

NZAM said in an email that its approach acknowledges the finance industry needs time to adapt. “These initial targets are just the asset managers’ individual starting points,” the group said. NZAM’s plan is to offer more guidance on how to report, particularly on private equity, derivatives, infrastructure assets and index-linked products.