Games Inbox: Will Starfield be as good as Skyrim and Fallout? 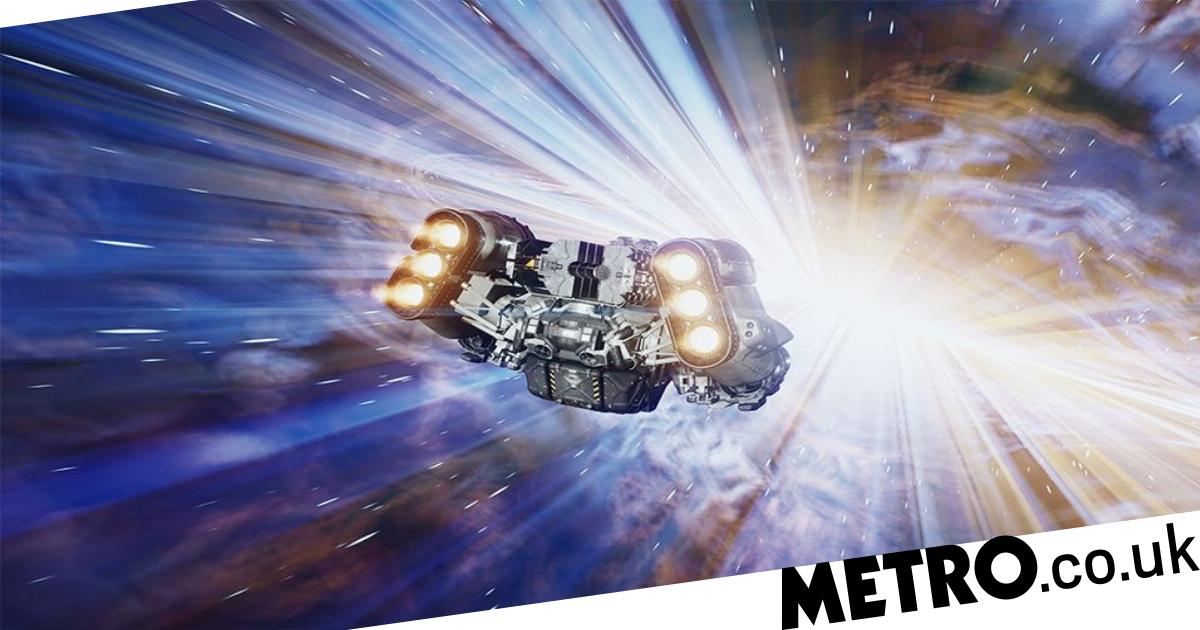 The Thursday letters page has mixed feelings about the prospect of more video game TV shows, as a reader reports on a year with the PS4 Pro.

To join in with the discussions yourself email [email protected]

Free at point of use
Glad to hear that Bethesda is finally going to open up about Starfield but for me there are a lot of questions to answer and I don’t just want 20 minutes of them telling us what an amazing developer they are. Although I’m aching for a big scale space game the gameplay footage they’ve shown so far looks like it has barely changed at all from Skyrim and Fallout, and that is worrying given how old those games are.

Skyrim in particular is fantastic, one of my favourites of all time, but ever since Bethesda seems to have been stuck in a rut and I’d say Fallout 4 was a considerable step down from it. Does that mean Starfield is going to be worse again? That it won’t be better than either?

I hope not but apart from the bug problem, which they’re never going to talk about, I’m worried about the shooting and the space combat, neither of which are the sort of thing Bethesda is usually good at. Apparently id Software has helped out, which is encouraging news, but I think the bottom line is that I won’t really know what to think until I play it myself.

Thankfully it’s on Game Pass though so it’s essentially ‘free’, which is pretty magical to be honest. I would not pre-order the game and I’d be very cautious of buying it day one without unanimously good reviews. But we live in a world now where the only thing I have to worry about is a game wasting my time.
Jagger

The bridge
Not a very round number but for your information Wednesday was the 18th anniversary of Resident Evil 4, so… sorry for everyone that suddenly feels really old at knowing that.

I put it on earlier today, when I found out, but I’ve played it what seems like a hundred times and the last time I had to admit it was showing its age. It’s still totally playable but so much of it would’ve been done differently nowadays and I feel mostly for the best.

The remake sounds like it’s going to be good, with the right balance of old and new, but it’s important to note that the reason Resident Evil 4 feels old is not simply the age but because it’s the link between games that knew how to use 3D movement and space properly and older titles that did not or could not.

Epic Games have always said it was the inspiration for Gears Of War and you can absolutely see that and a very clear line from Resi to modern day third person action adventure. So here’s to one of my favourite video games ever and hopefully a successful rebirth with its remake.
Waverider

Action, Tarnished
RE: Ashton Marley’s letter yesterday, where he said you couldn’t even do an Elden Ring TV show. Forgive me if I’m wrong but after the games launch success last year, didn’t they sign a deal with some production company to produce Elden Ring related media, which included a TV show?
Angry_Kurt
Now playing: Mario + Rabbids: Sparks Of Hope and God of War Ragnarök (PS5)

GC: Sony implied it was possible, after they bought a 14% share in FromSoftware, and From said they wanted the franchise to ‘expand beyond games’ but nothing has been announced.

E-mail your comments to: [email protected]

Front-runner
Forgive me jumping the gun about the forthcoming reader’s poll but there was only game for me in 2022: Elden Ring.

I played it to death(s) on completion when it was unleashed, starting off as a warrior class then investing in faith and dexterity, a jack-of-several trades eventually.

I hadn’t played it for a while, so recently started a new game as a glass cannon astrologer – all offence, no defence – and while it’s nowhere near as intimidating as my first playthrough (I know what’s coming) it’s still so immersive and just a great game to play.

The hopefully inevitable DLC and Zelda: Tears Of The Kingdom are by far my most anticipated games of 2023.
Chevy Malibu (PSN ID)

Don’t say the Z-word
To be more nitpicky about zombies. Traditionally zombieism is based in voodoo and does not require the subject to die. Instead, the victim is poisoned and left near death. This supposedly makes them more malleable and open to suggestion. A good visual representation is in a film called Serpent Under The Rainbow.

The notion that death is required has come from George Romero and his fantastic trilogy. I can see where the confusion comes in but when anyone says zombie they’re just generalising when it comes to brain dead behaviour in games and movies. Like when people say Hoover instead of vacuum.
Bobwallett

Pro tip
I wrote in a year ago to say I’d been gifted a PS4 Pro by a friend who went to live abroad. I haven’t owned a PlayStation since the PlayStation 2 days.

I’ve really enjoyed catching up on all the games I’ve missed over the years. Spider-Man in particular was the one game that turned me into a green-eyed monster as an Xbox owner. Turned out it wasn’t even the best Spider-Man game on the console. Miles Morales was such a joy to play and I much preferred that to the original.

Uncharted 4 was the only game I’ve played twice in a row in my 30+ years of gaming, an incredible cinematic game.

Both God Of War games also need a mention. I don’t think playing in ‘one shot’ gets enough praise. As a new dad myself the father/son storyline really resonated with me.

I’m slowly starting to catch up with all the games I’ve missed over the years. Think it’s time to save up for a new console so I don’t get left behind again!
Adam_Lion_23 (PSN ID)
Currently playing: Ghost Of Tsushima

Short, controlled bursts
In response to Jenkster’s letter on 11th January, about game induced nausea. I too suffer from this and will usually get it on any first person shooter but have experienced it with some third person games as well.

I try to keep gaming sessions short before nausea kicks in, and sometimes I seem to be able to build up resistance to it. But it very much varies per game.

I’ve also read that playing on a smaller screen may help.

Starring Timothée Chalamet as L-shaped block
If The Last Of Us is a hit with viewers, and I see no reason why it wouldn’t be given the reviews, that is going to open the floodgates to more video game adaptations but Sony in particular are going to go ape adapting everything they possibly can. We’ve already heard about Twisted Metal, Horizon, and God Of War but… is it me or do none of those sound appealing?

I don’t need to see live action Aloy awkwardly interacting with TV budget level CGI or all the silly characters from Twisted Metal suddenly given tragic backstories. And God Of War… how is that going to work? Nobody in real life looks like Kratos and only one person sounds like him, so are they going to make him CGI? Not if they want to show him for more than five minutes I show I wouldn’t think so.

Even if they did somehow come across someone who looks and sounds exactly like Kratos that is going to be weird show to watch. He barely says anything and spends most of his time punching monsters. The Last Of Us has tons of characterisation and talking but God Of War really isn’t like that, even though in gameplay terms it’s not a million miles away.

Maybe it’s just me but I feel very few of these projects seem like they’re adding anything to the games or doing things they couldn’t, the reverse really. Maybe making films out of games with no plot was the right idea all along, at least it’d give them some creative freedom. Time to revive the Tetris: The Movie script!
Lovell

GC: Apparently Christopher Judge, the voice actor for the games, wants to play him.

Inbox also-rans
Just like to say that I’ve always disliked achievements too. Obviously I just ignore them but there’s something about their conformity, and their attempts to make you play a game in a certain way that’s never sat well with me. I can well imagine that developers resent having to do them.
Coldsbane

Hang on, they made a movie out of Rampage? Starring The Rock?!
Shiner

This week’s Hot Topic
Since this will be the first Hot Topic of 2023, the subject for this weekend’s Inbox is what new game are you looking forward to the most?

We’ve got a detailed preview of the year here, but as long as your choice has a reasonable chance of being released in 2023 you can talk about anything you like, on any format.

What has you excited about your choices and how do you think they’ll perform, both critically and commercially? Is there anything prominent you’ve already given up on and what do you wish was coming out this year but isn’t?

E-mail your comments to: [email protected]

The small print
New Inbox updates appear every weekday morning, with special Hot Topic Inboxes at the weekend. Readers’ letters are used on merit and may be edited for length and content.

You can also submit your own 500 to 600-word Reader’s Feature at any time via email or our Submit Stuff page, which if used will be shown in the next available weekend slot.


MORE : Games Inbox: The Last Of Us as the best PlayStation exclusive, Naughty Dog vs. From, and PSVR2 reviews


MORE : Games Inbox: Selling Xbox Series X to get a PSVR, unfair Call Of Duty bans, and The Last Of Us masks