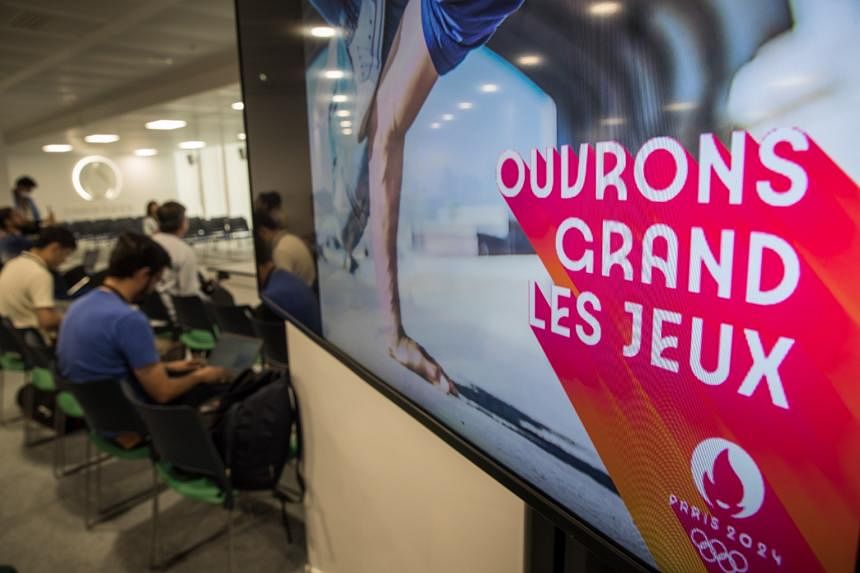 PARIS (AFP, XINHUA) – Organisers of the 2024 Paris Olympics unveiled “Games Wide Open” as their official slogan on Monday (July 25) and announced prices for tickets which fans can start to apply for from December.

The slogan was released alongside a video promising the Olympics and Paralympics would be “faster”, “higher” and “stronger” – as well as “more inclusive, more brotherly, more beautiful”. It is “an invitation to the entire world to come to experience new emotions, together. Our Games are a promise of unprecedented experiences and powerful feelings,” the organisers said.

A total of 13 million tickets will be sold for the two events, with nearly half of tickets reserved for the public set to be sold at less than €50 (S$71).

Outside the opening and closing ceremonies, prices for events will range from €24 to a maximum of €950, organisers said in a press statement.

Fans are invited to enter a draw for tickets from December. Packages comprising tickets for three separate events will be available from €72 and will go on sale from February.

The Olympics should be a centrepiece of the freshly re-elected Macron’s second term, projecting an image of a France comfortable in its modern identity but open to the world.

But with two years to go to the opening ceremony on July 26, 2024, concerns are growing not just over costs but also security preparations.

France’s reputation as a reliable host of sporting events took a major battering over the chaos that marred the Champions League final between Liverpool and Real Madrid in Paris on May 28 that critics blamed on heavy-handed policing.

A particular subject of anxiety is the ambitious vision – in a typical Macron flourish – of an opening ceremony which will not take place as is customary in an athletics stadium but as a flotilla down the River Seine.

The meeting at the Elysee Palace included key ministers such as Interior Minister Gerald Darmanin and Sports Minister Amelie Oudea-Castera as well as the head of the Paris organising committee, the three-time Olympic slalom canoe champion Tony Estanguet.

It was a chance for the ministers “to take note of where there are weaknesses”, said a French presidential official who asked not to be named. “The idea is to be aware of the calendar and the next stages.”

Purchase These 2 Shares Earlier than They Soar Over 40%, Says Goldman Sachs

Tom Cruise, 60, beams as he heads to dinner in London at The Twenty Two restaurant