Gates Foundation takes up question of its own power 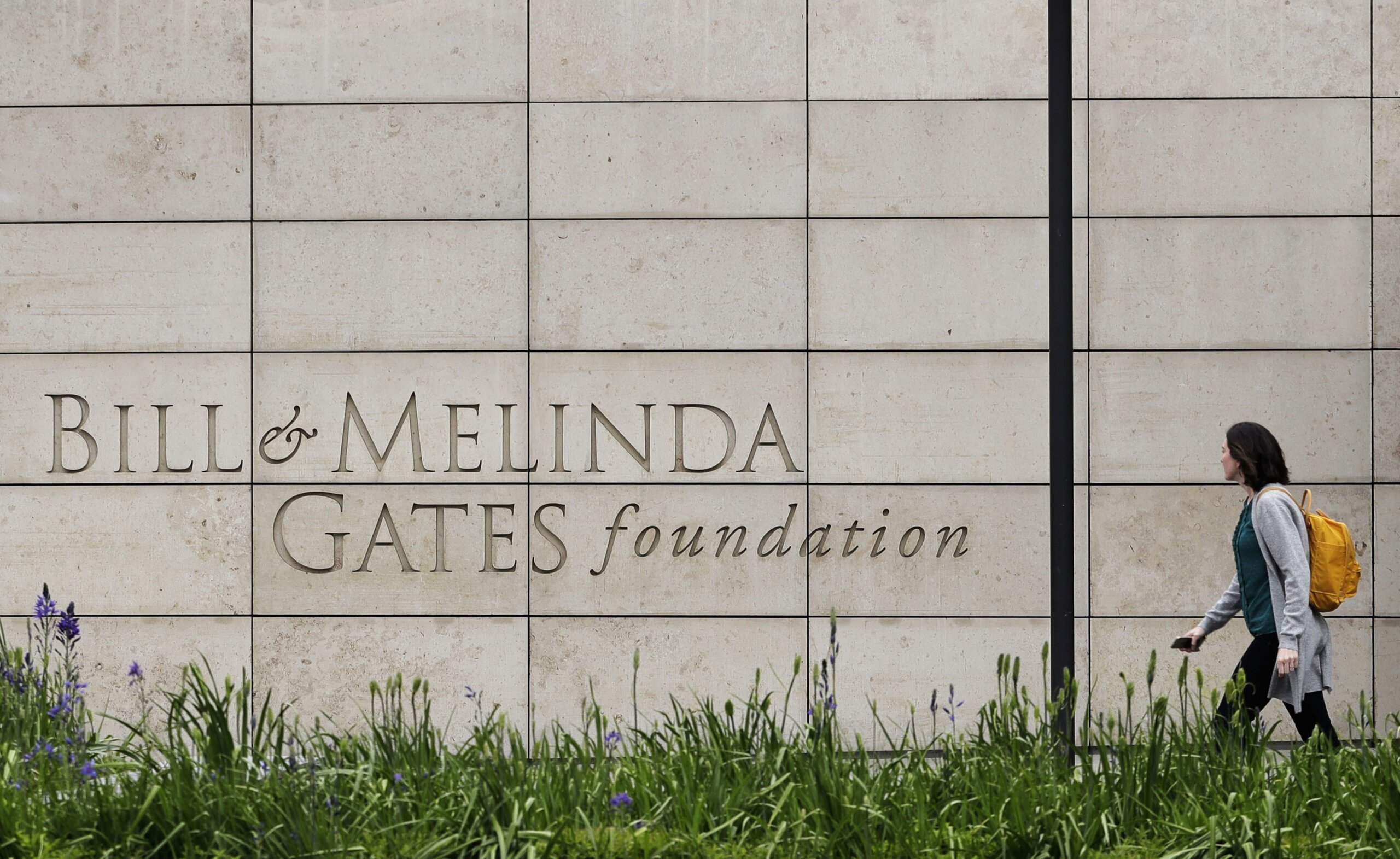 Does The Bill & Melinda Gates Foundation have too much power and influence? It’s a question the foundation’s CEO Mark…

Does The Bill & Melinda Gates Foundation have too much power and influence?

It’s a question the foundation’s CEO Mark Suzman raised in its annual letter released Tuesday that outlines the organization’s priorities and announces its budget for the coming year. With $8.3 billion to give away in 2023, the Gates Foundation is the largest private philanthropic donor. And with an endowment of more than $70 billion, its spending power is likely to continue for many decades.

When asked in an interview with The Associated Press what he thought the answer to that question was, Suzman said, “No.”

He said the Seattle-based foundation takes its direction from the Sustainable Development Goals, set by the United Nations and its member countries in 2015, and knows that with its great resources come great responsibility.

“We try to use our tools, our skills, our resources, sometimes our technical skills, sometimes our voice in advocacy to help advance and drive those forward,” Suzman said.

Others disagree, including researchers who have followed the foundation’s funding for education in the U.S., its weight in international global health organizations and its approach toward the agriculture of small-holder farmers around the world. The foundation works on a wide range of issues and employs 1,700 staff members, who are experts in those areas, and espouses a dream-big ethos of setting ambitious goals.

Bill Gates, in his most recent public letter in December, described the foundation’s mission as reducing inequity and helping “people in poor countries who shouldn’t die, not die. Especially children.” Suzman said its mission is to help “ensure that every person has the chance to lead a healthy, productive life.”

It has spent billions of dollars to vaccinate against polio, treat and prevent malaria and HIV and more recently advance vaccines for diseases like cholera and advocated for other donors, including countries, to join in these global public health efforts.

But some of its interventions have not achieved their goals, despite widespread adoption.

In one example, the foundation championed a theory of measuring teacher effectiveness in U.S. schools. Then, it commissioned research in 2018 that found the approach did little to consistently improve learning outcomes for students. It also advocated for curriculum standards called the Common Core that have been criticized as being too formulaic and are still in effect in some states.

The foundation announced in October a new education initiative funded by $1.1 billion over four years to try to improve math scores through developing new curricula and digital tools. For Alex Molnar, of the National Education Policy Center, the plan demonstrates the power billionaires like Bill Gates have — experimenting with the education of the poorest children, despite past missteps.

“It is so fundamentally misdirected and so obviously wrong, both in the moral sense and in the rational sense, that it is literally breathtaking,” Molnar said. “This very wealthy, very narrow man can continually, continually torment schoolchildren while all the while pretending that somehow he’s making the world better.”

The foundation, Suzman said, approaches its education work with humility and will develop curricula in partnership with teachers, students and schools. It does not impose its ideas from the top down, he said.

When asked about previous criticism that its education work had ignored issues that arise from poverty and that hurt learning, Suzman said he doesn’t see that as philanthropy’s role. He says it should support programs governments or business can’t or won’t fund.

“If we had great tools to address poverty, we would tackle it,” he said, of the foundation.

Molnar disagreed, saying that diminishing the number of poor people would mean stopping the wealthiest people from amassing their fortunes in the first place.

The Gates Foundation has recently taken steps to decentralize its decision-making. In the last two years, it expanded its top leadership, appointing five new members to its board of trustees, with 2023 marking the first time the larger board approved the foundation budget.

New members have already pushed the foundation to be more transparent, Suzman said. The board also recommended the foundation set aside some of the $20 billion that Bill Gates committed to the organization in 2022 for future work and gradually raise its annual budget to $9 billion by 2026.

That the new board members have deep experience in philanthropy “is a recognition that giving money away well is a sophisticated enterprise and something that takes experience and learning and expertise,” said Kathleen Enright, who leads the Council on Foundations.

Bill Gates has reiterated that all his wealth eventually will go to the foundation, which will close 20 years after he, Melinda French Gates and Warren Buffett have all died. Buffett has entrusted the foundation with $36 billion from his fortune.

In 2021, when Melinda French Gates and Bill Gates announced their divorce, they said she would evaluate her participation in the foundation after two years. She remains fully committed to the foundation’s work, Suzman said, when asked.

In 2021, in its first report on the inclusiveness and equity of its work, the foundation learned many of its grantees and partners wanted to be consulted more and have their input incorporated into the foundation’s strategy.

Suzman said every team at the foundation now has a mandate to deepen their relationships with partners and its entire leadership team is participating in a year-long inclusion training.

“In the end, money can buy you any form of short term success,” Suzman said. “But long term sustainability requires deep sustained local ownership and direction and ultimately resources.”

Associated Press coverage of philanthropy and nonprofits receives support through the AP’s collaboration with The Conversation US, with funding from Lilly Endowment Inc. The AP is solely responsible for this content. For all of AP’s philanthropy coverage, visit https://apnews.com/hub/philanthropy.