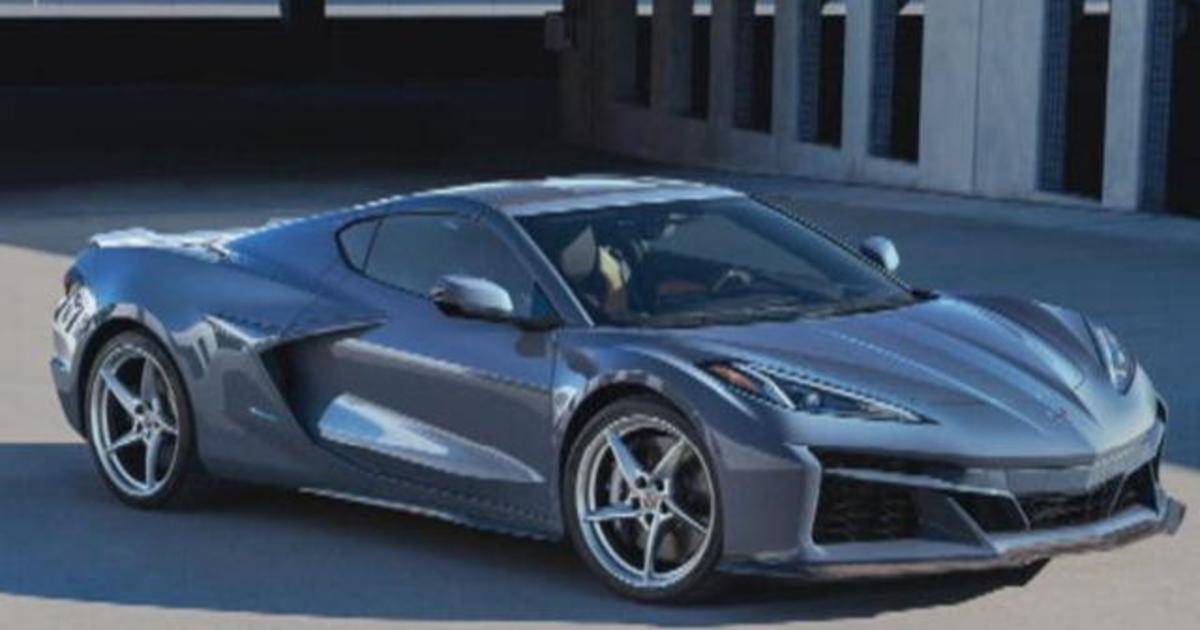 The fastest Corvette ever made comes out later this year, and it’s not powered solely by a howling V8.

The E-Ray is a gas-electric hybrid, the first all-wheel-drive version of Chevrolet’s storied sports car with the front wheels running on an electric motor and the traditional 6.2-liter V8 powering the back.

Aimed at affluent buyers who want new technology in the top-line Chevrolet sports car, the $104,000 E Ray jerks your head back as it goes from zero to 60 mph in 2.5 seconds. General Motors said the new Corvette can cover a quarter mile in 10.5 seconds.

GM also tailored the E-Ray for sports car enthusiasts for whom a Corvette just isn’t a Corvette without the distinctive purr of its old engines.

“This has the best of all worlds,” General Motors President Mark Reuss told CBS News on Tuesday. “It’s fast. It’s got the sound of a Corvette and it’s all-wheel drive.”

Although the E-Ray boasts figures that are slightly faster than its race track-ready brothers, the Z06 and Z07, it’s civil enough for the daily commute even though its rear tires are almost wide enough to compete in the Indianapolis 500.

Reuss and other GM officials said their approach to the Corvette was to separate drivers who want a flashier ride to work from enthusiasts simply looking for a “track monster.”

“For the same money you can get all-wheel-drive, and comfort, security, and the livability that comes with a car like this,” said Tadge Juechter, the Corvette’s executive chief engineer. “We’ve really divided the family into pure track and to everyday utility.”

The E-Ray, which makes its debut 70 years after the first Corvette was introduced in 1953, is a step toward an all-electric version of the car that will come out at an unspecified date.

The E-Ray comes with all-season tires and an all-wheel-drive system for confident driving in up to 4 inches of snow. The car’s computers are configured to keep it stable by applying power to individual wheels when it’s slippery. GM engineers said most electronic stability controls rely on braking individual wheels.

The E-Ray is the latest in a series of electric automobiles GM plans to release soon. The Michigan automaker released an all-electric Chevrolet Equinox last fall and plans to have 40% of its products be electric by the end of 2025, GM CEO Mary Barra told CBS Mornings in September.