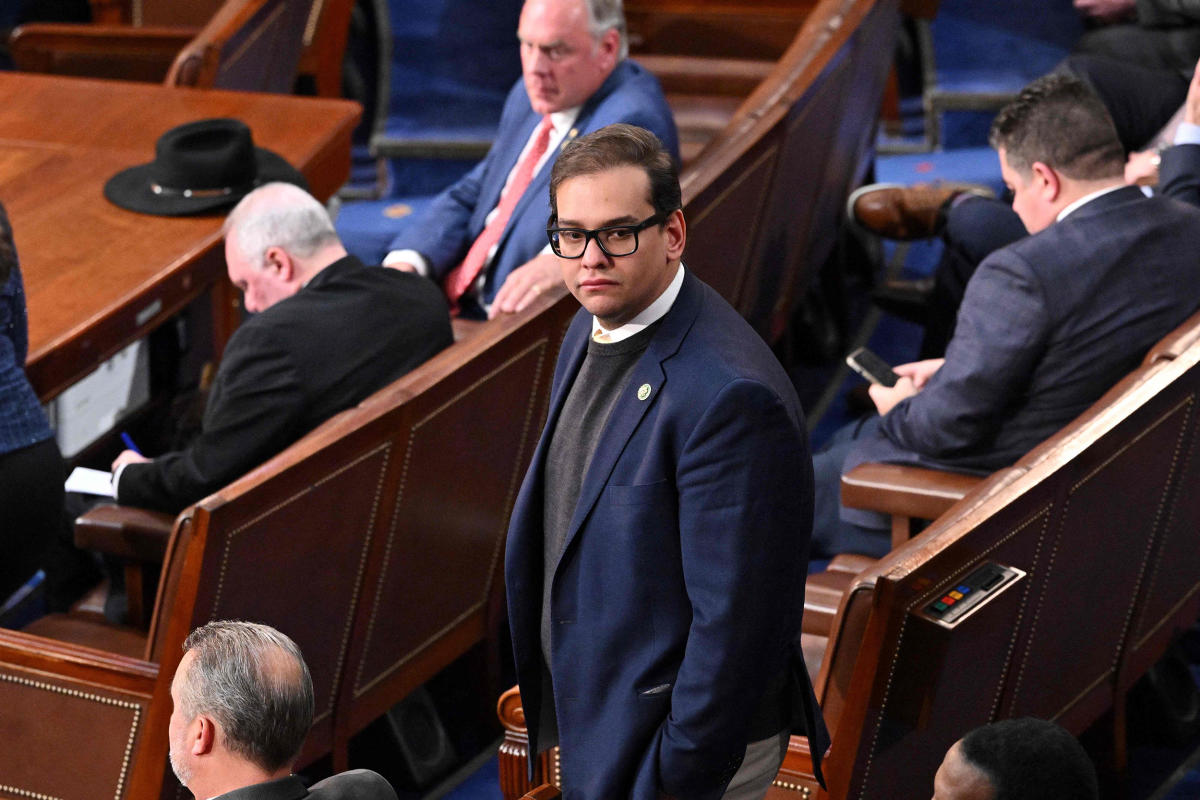 WASHINGTON — George Santos, the 34-year-old New York Republican who’s confessed to lying about part of his background, was sworn into the House early Saturday amid several investigations into his campaign and calls for him to resign.

Overall, Santos does not appear to have received a warm welcome from his GOP colleagues. During the numerous speaker votes, he was often seen sitting by himself, though on at least one occasion he was photographed chatting with Rep. Marjorie Taylor Greene, R-Ga.

Santos was elected in November to represent New York’s 3rd Congressional District covering a part of Queens and Long Island’s North Shore, beating Democrat Robert Zimmerman. He is the first openly LGBTQ Republican to be elected to Congress.

Santos has faced intense scrutiny after The New York Times published a bombshell investigation last month indicating that much of his résumé appeared to have been manufactured, including claims that he owned numerous properties, was previously employed by Goldman Sachs and Citigroup and had graduated from Baruch College.

In a number of media appearances last week, Santos acknowledged but downplayed the fabrications. He told the New York Post in a Dec. 26 article: “My sins here are embellishing my résumé. I’m sorry.”

He admitted, for example, that he did not graduate from Baruch College or any institution of higher learning.

“I’m embarrassed and sorry for having embellished my résumé,” he said, according to the paper. “I own up to that. … We do stupid things in life.”

As for his claim that he worked for Goldman Sachs and Citigroup, Santos told the Post that it was “a poor choice of words” and said he did business with them when he was the vice president of a company called LinkBridge.

And despite presenting himself as Jewish during his congressional campaigns, Santos told the Post, “I never claimed to be Jewish.”

“I am Catholic. Because I learned my maternal family had a Jewish background I said I was ‘Jew-ish,'” he added.

Those remarks came after the news outlet The Forward questioned a claim on Santos’ campaign website that his grandparents “fled Jewish persecution in Ukraine, settled in Belgium, and again fled persecution during WWII.” The outlet also noted that Santos had called himself a “proud American Jew” in a position paper that was shared with Jewish and pro-Israel leaders during his campaign.

Santos is now under investigation by the Nassau County district attorney and federal prosecutors in New York. Law-enforcement sources have told NBC News that federal authorities are examining Santos’ finances, including potential irregularities involving financial disclosures and loans he made to his campaign.

The state attorney general’s office has also said it’s “looking into a number of issues” regarding Santos.

McCarthy and Rep. Tom Emmer, R-Minn., who led the House GOP’s campaign arm during the 2022 election cycle, have ignored questions from reporters about Santos and whether he should be seated.

Santos, meanwhile, has largely ignored questions from reporters about his background and plans in the Capitol this past week, while expressing his support for McCarthy in the speaker’s race.

When asked by NBC News Friday if he received assurances from McCarthy on committee assignments in exchange for his support, Santos said, “I have no need to have those conversations.”

Torres has also proposed legislation called the Stop Another Non-Truthful Office Seeker Act, or the SANTOS Act. It would require candidates to disclose their employment, educational and military histories under oath.

Former Rep. Kevin Brady, R-Texas, who recently retired from Congress, said Sunday that Santos should consider resigning. “This is troubling in so many ways. Certainly, he’s lied repeatedly,” Brady said on Fox News Sunday. “He certainly is going to have to consider resigning.”

‘Avatar 2’ is already the 10th highest-grossing movie ever made