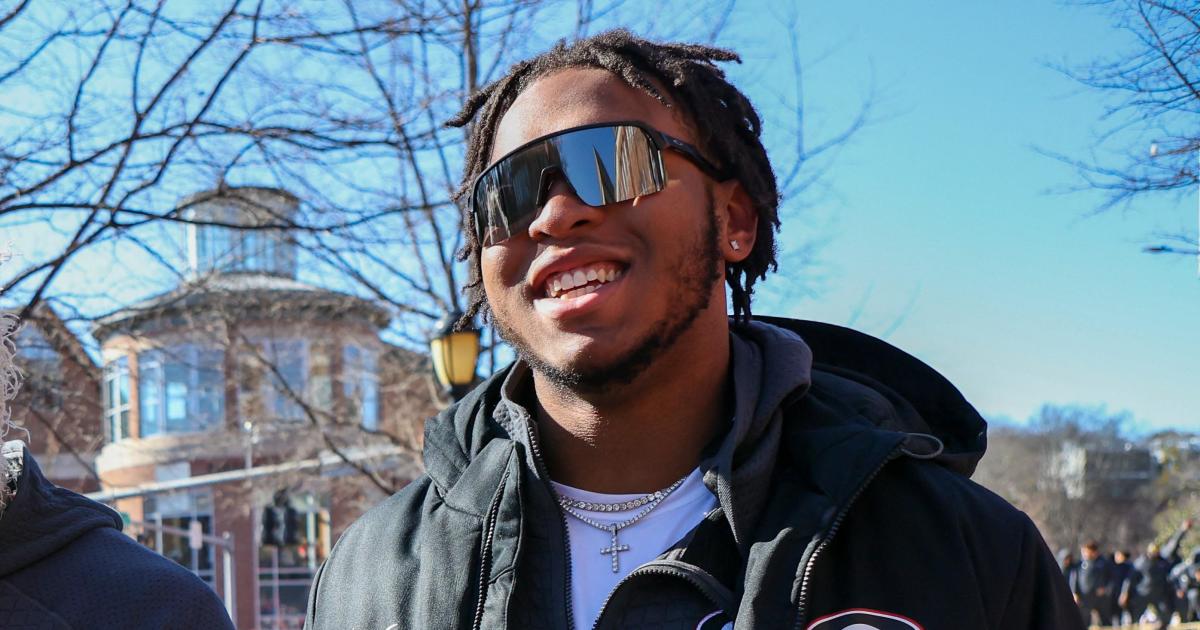 Just hours before University of Georgia football player Devin Willock died in a car accident that also killed a school staff member early Sunday morning, he greeted a young fan whose grandparent posted about their recent meeting online. Willock, an offensive lineman for the champion Bulldogs, retweeted the now-viral post on Saturday evening with three red-heart emojis. It was the athlete’s final tweet prior to his death.

Alongside a message thanking the Georgia player for his time, Sam Kramer, the original poster, shared a series of photos that showed Willock in what appears to be a restaurant, standing beside a small boy who is pictured smiling and wearing a Bulldogs football jersey. In one of the images, the child is seen trying on Willock’s championship ring and flashing it toward the camera.

“Special thank u to @DevinWillock for taking time for my grandson when he didn’t have to,” Kramer wrote in the tweet. “U went out of ur way to make him feel special and U made his day!! Good luck next year! Go Dawgs!”

Willock was killed in a single-vehicle crash in Athens, Georgia, south of the university campus, at around 2:45 a.m. local time on Sunday morning, the Athens-Clarke County police department confirmed in a statement. Authorities also said their preliminary investigation determined that a Ford Expedition “left the roadway, striking two power poles and several trees” when the accident happened.

Willock, 20, was pronounced dead at the scene. Chandler LeCroy, a 24-year-old recruiting analyst for the Bulldogs who earned both her bachelor’s and master’s degrees at the University of Georgia, was driving the car and died later at a hospital from injuries sustained in the crash.

Two additional passengers, who police identified as a 21-year-old man and 26-year-old woman, were seriously injured in the collision. The university had previously identified the injured passengers as two members of the Bulldogs football program, who were “both in stable condition.”

“We will continue to monitor their status with medical personnel,” the school said in a statement released Sunday morning, which announced Willock and LeCroy’s deaths and described them as “two special people who meant so much to the University of Georgia, our football program and our athletic department.”

Over the eight-hour period that passed between Willock’s final post on Twitter and the deadly accident in Athens, he and the rest of the Bulldogs football team celebrated their second consecutive national championship win with a parade and ceremony.