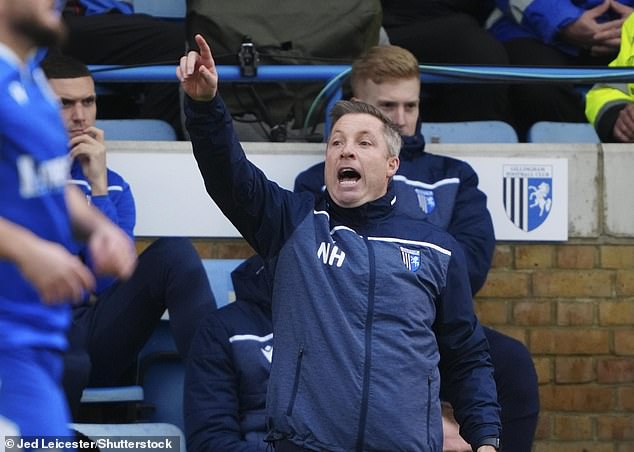 Gillingham 0-1 Leicester: Brendan Rodgers’ side edge past League Two opposition thanks to a second half strike from Kelechi Iheanacho to progress to the FA Cup fourth round

By Lewis Steele For Mailonline

‘What can I tell you about Gillingham?’ asked comedian Joe Wilkinson in a witty sketch on BBC’s live coverage from Priestfield. ‘David Frost went to school here apparently, there’s a famous dockyard… oh, there’s a cracking skating rig near where my brother lives.’

And there’s a decaying but decent football club with a community feel and dedicated fan-base, in grave danger of falling through the non-league trapdoor after decades of mismanagement at board level, the star of Taskmaster and 8 Out of 10 Cats might have added.

Neil Harris’s Gills prop up the Football League, 24th in League Two with just seven league goals all season, at least 11 fewer than the next-worst scorers in the division. There’s been little to cheer about in these parts for some years but this match offered a chance of escapism and an opportunity to finally look upwards.

On the pitch, Gills put in a good account of themselves as they were narrowly edged out of the FA Cup by 2021 winners Leicester in front of a sold-out Priestfield. Kelechi Iheanacho scored the game’s only goal in the second half for Brendan Rodgers’ under-pressure Foxes.

But more pleasing for these loyal fans is that 2023 has so far offered signs for optimism. New owner Brad Galinson, the Florida-based real-estate mogul, paraded the pitch with his wife and sons after he completed a takeover to end 27 years of turbulent stewardship under Paul Scally.

There have already been two wise appointments – Kenny Jackett as director of football and Andy Hessenthaler as head of recruitment – while the January transfer period will be a ‘lucrative window,’ in Galinson’s words, with striker Tom Nichols already joining from Crawley for £60,000, the first player Gills have paid a fee for in three years.

‘I am proud of the team and proud of the football club today,’ said boss Harris, an FA Cup finalist with Millwall in 2004. ‘Today we saw the link between the terraces and the pitch. That’s what I came here to do. Hopefully this is a new era with the owner and appointments. It’s a mega start.

‘We have to embrace change because this football club is moving forward and in the right direction. It’s no secret that the last few months have been difficult. It’s been the worst time of my management career by far. Our Football League status is on the line.’

Harris and players are right to feel proud after making the match feel like a real cup tie. Leicester barely had a sniff until the second half and Gills caused the Premier League side problems with their direct balls and long throws. 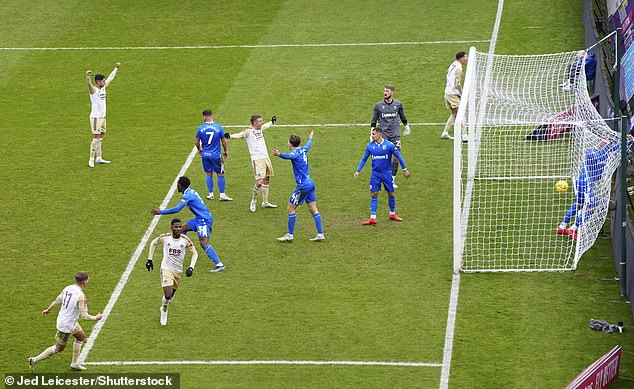 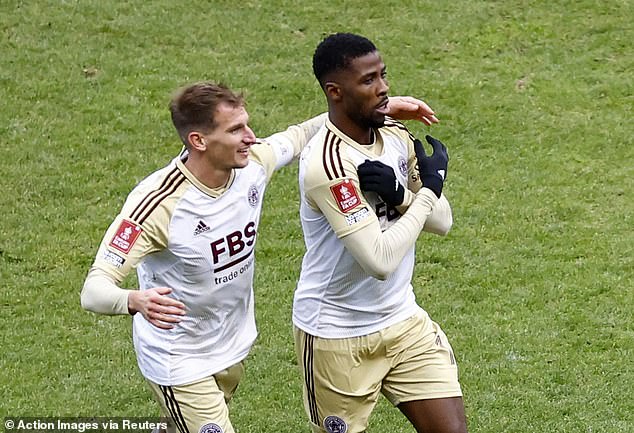 Jamie Vardy had an early sight of goal – he was thwarted by goalkeeper Jake Turner being quick off his line – but that was their only real chance of the first half. At the other end, Dom Jefferies made a searing run from midfield and forced a save from Daniel Iversen.

Gills used the elements to their advantage and caused problems for Leicester’s defenders. Max Ehmer, who was imperious in defence, diverted a long throw goalwards but couldn’t generate the power needed to trouble Iversen.

Leicester started the second half with much more intent, finally giving the travelling Foxes fans – exposed to the wind and rain in a terrace with no roof – something to shout about. Turner made a decent save to deny Marc Albrighton’s speculative volley from the corner of the box.

But the Foxes finally breached Gills’ defence on 56 minutes, when Iheanacho was first to a loose ball after Kasey McAteer’s deflected shot. The Nigerian fired into the roof of the net for his 16th FA Cup goal – more than any player since his debut in the competition. 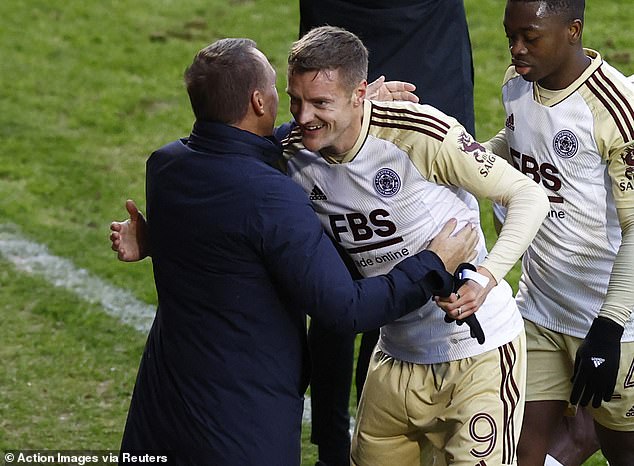 ‘We got to good areas but didn’t finish well,’ added Harris. ‘That’s why we’re bottom.’ He’s right. Their defending and midfield play was great but, when they reached the final third, they seemed to be struck by a mental block. The arrival of striker Nichols can’t come soon enough.

Iheanacho came close again minutes later, as did Vardy, who turns 36 on Wednesday. The home crowds’ chants joked about his wife, Rebekah, and laughed at his expense when he shanked a couple of shots wide. Turner kept Gills in the game but they offered nothing in attack.

‘Congratulations to Gillingham because they gave us a really tough game and fought right until the end,’ said Brendan Rodgers, who enjoyed his first visit here since a scouting mission for Reading two decades ago.’