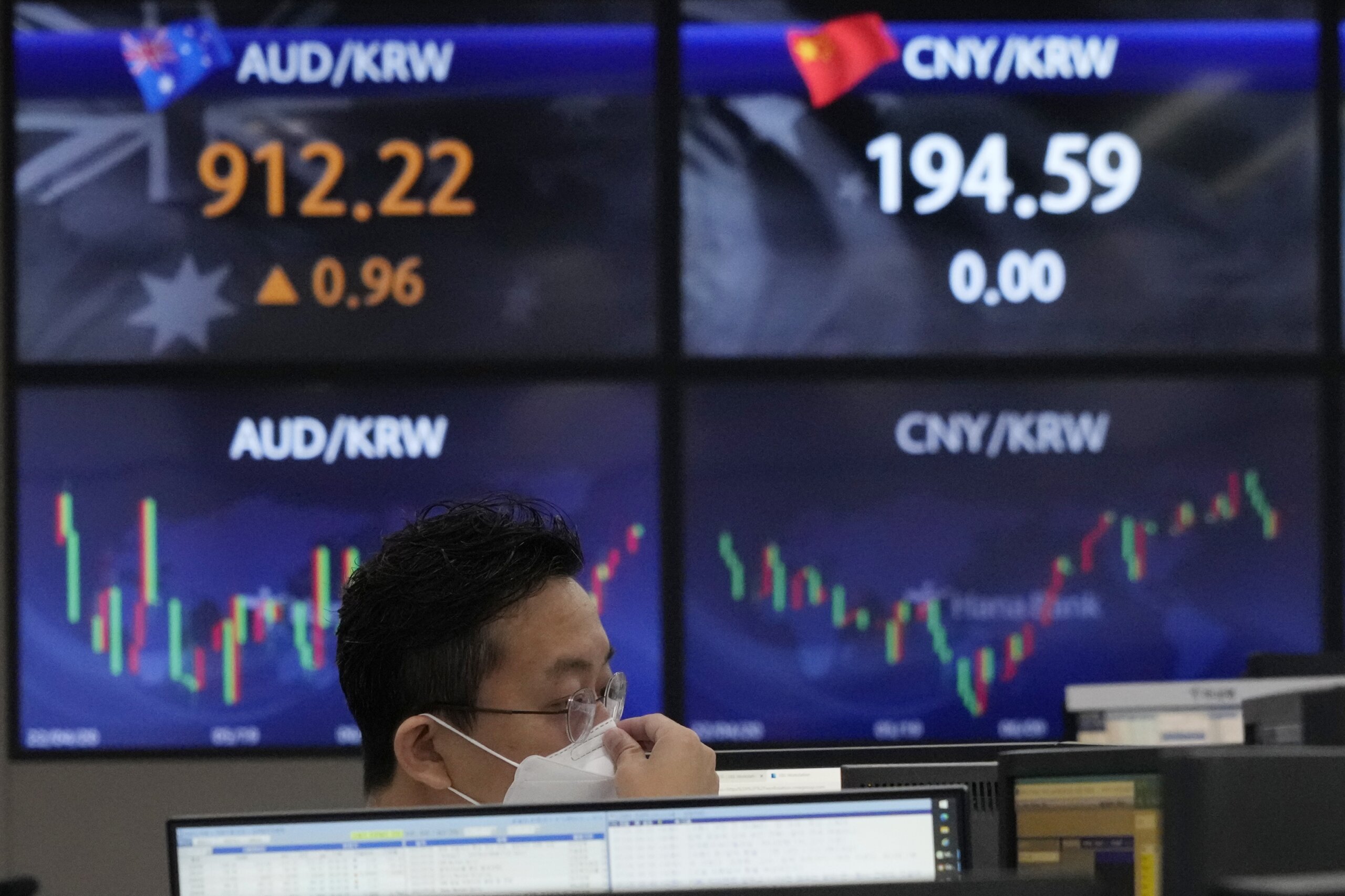 Wall Street futures were lower after the benchmark S&P 500 index gained 0.1% on Monday.

This week’s Fed meeting is expected to announce a rate hike of up to three-quarters of a percentage point, triple the usual margin. That would put the Fed’s benchmark rate in a range of 2.25% to 2.5%, the highest since 2018 before the coronavirus pandemic.

Optimists hope for a “Fed dial back,” but mixed reactions suggest sentiments are conflicted, said Tan Boon Heng of Mizuho Bank in a report.

The Hang Seng in Hong Kong gained 1.7% to 20,905.88 after Alibaba Group, the world’s biggest e-commerce company, announced plans to change the status of its Hong Kong-traded shares to make them more accessible to mainland Chinese buyers.

Alibaba went public in New York in September 2014 and completed a secondary listing in Hong Kong in November 2019. The proposed change would upgrade Alibaba’s Hong Kong status to a primary listing along with New York, making the shares eligible for purchase through mainland brokerages.

The Kospi in Seoul added 0.4% to 2,412.96 after data showed the South Korean economy grew by a stronger-than-expected 0.7% over the previous quarter in the three months ending in June.

Investors worry aggressive rate hikes by the Fed to contain inflation that is at four-decade highs and similar action by central banks in Europe and Asia might derail global economic growth.

On Monday, Walmart shares fell nearly 10% in after-hours trading after the retail giant lowered its profit outlook for the second quarter and full year. The company said shoppers are cutting back on discretionary items, particularly clothing, that carry higher profit margins.

On Thursday, the Commerce Department is due to release U.S. economic growth estimate for the thee months ending in June. Some forecasters expect a second quarter of contraction after output shrank 1.6% in the three months ending in March.

Also this week, tech heavyweights Apple, Meta, Microsoft and Amazon are due to report results. So are Coca-Cola and McDonald’s.