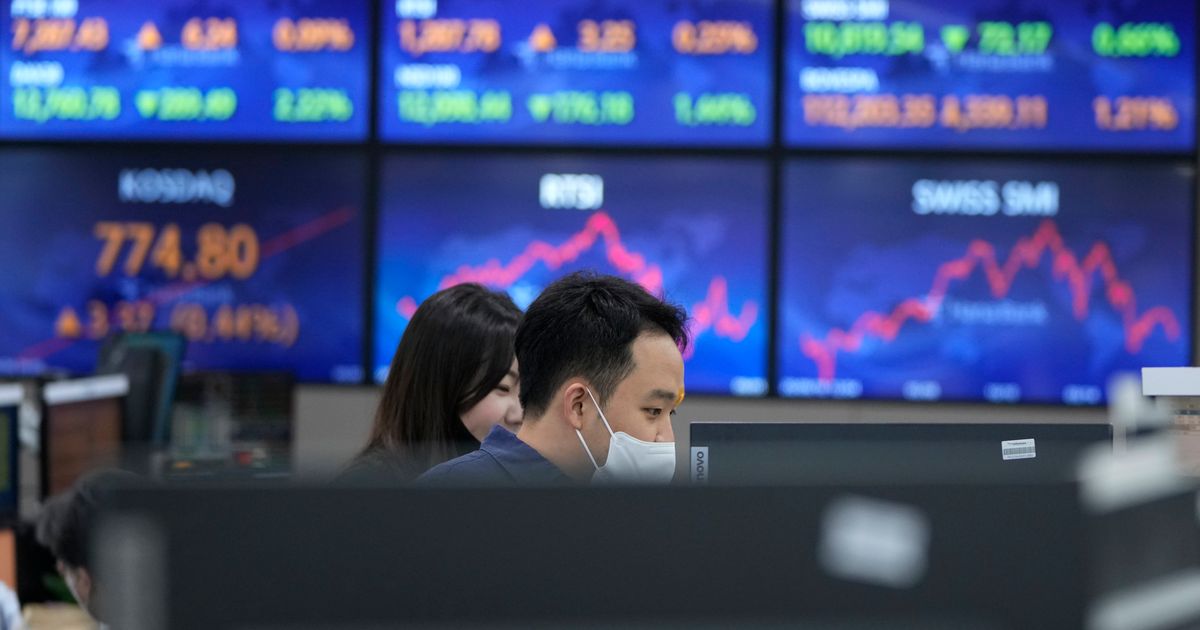 European markets were jolted by Friday’s announcement that the suspension of Russian gas supplies through the Nord Stream 1 pipeline would be extended indefinitely. Shortages have pushed up prices and weigh on economic growth.

Truss “will have to hit the ground running as the U.K. prepares for a brutal winter,” Craig Erlam of Oanda said in a report. Noting news reports that Truss plans to freeze energy bills, Erlam said “the question is what impact it will have on inflation and gas demand.”

On Wall Street, futures for the S&P 500 index and the Dow Jones Industrial Average were up 0.5% as U.S. markets prepared to reopen after a three-day holiday weekend.

On Friday, the S&P and the Dow both lost 1.1% after government data showed U.S. hiring slowed in August but wages rose. Forecasters said the Federal Reserve might see that as evidence more rate hikes are needed to cool inflation that is at a multi-decade high.

Investors worry repeated rate hikes by the Fed and central banks in Asia and Europe to control surging inflation might derail global economic growth. Central banks say they must slow business and consumer activity to get prices under control.

In Asia, the Shanghai Composite Index rose 1.4% to 3,243.44 after the government promised Monday to accelerate easier lending and other policies to shore up economic growth that sank to 2.5% over a year earlier in the first half of 2022, less than half the official annual target.

The announcement might “provide a short-term uplift” to sentiment, but investors “ultimately want to see a stronger recovery,” said Yeap Jun Rong of IG in a report.

Sydney’s S&P-ASX 200 lost 0.4% to 6,826.50 after Australia’s central bank raised its benchmark lending rate by 0.5 percentage points to 2.35%, its highest level since 2015. The Reserve Bank of Australia said more rate hikes were planned.

In China, the deputy director of the Cabinet’s planning agency said Monday it will “speed up the release of policy effectiveness” to “make up for losses caused by the epidemic in the second quarter,” according to news reports.

Beijing has trimmed interest rates, given entrepreneurs a break on rent and promised other aid to revive the economy after Shanghai and other industrial centers temporarily shut down to fight virus outbreaks. But it is avoiding major spending, possibly for fear of reigniting a rise in housing costs and debt that Chinese leaders worry is dangerously high.

Also Monday, Beijing freed up more foreign currency holdings of Chinese commercial banks for lending and trading by lowering the amount they must hold in reserve.

The central bank rolled back an increase imposed last year to limit speculative trading and restrain the rise of the exchange rate of China’s yuan. The yuan has declined since then, prompting Beijing to reverse course and try to support its value.

In energy markets, benchmark U.S. crude gained $2.04 to $88.91 per barrel in electronic trading on the New York Mercantile Exchange. Brent crude, used to price international oils, lost 42 cents to $95.32 per barrel in London.

Who is Cincinnatus and what could Boris Johnson’s reference to him mean?