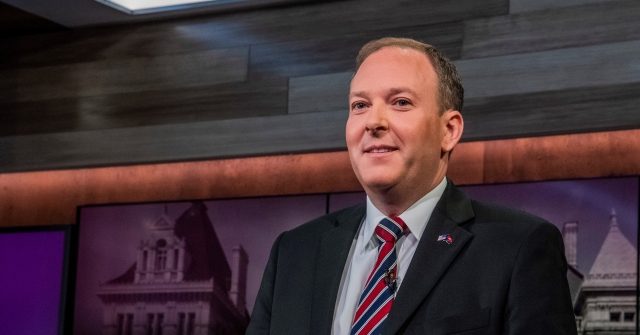 The Trafalgar Group poll sampled the 1,198 likely general election voters from October 27 to 31, with a 2.9 percent margin of error and a 95 percent confidence level. The poll’s respondents were 53.6 percent Democrats, 27.5 percent Republican, and 18.9 percent had no party or other affiliation.

The poll comes just one day after the New York Times published a story explaining how Zeldin surging in the poll had caused the national Democrats to worry about the race and, therefore, the effect a major upset would have on the down-ballot races — similar to what happened in Virginia last year when then-candidate Glenn Youngkin won his gubernatorial race.

The Times reported that the Democratic Governors Association (DGA) had thrown money into the race after initially not planning on spending anything:

In a sign of how close the governor’s race has gotten, the Democratic Governors Association filed paperwork in recent days to form a super PAC in New York that will prop up Ms. Hochul on TV and try to stave off losses further down the ballot. After watching from the sidelines for months, the group will now join prominent labor groups in rushing to start spending on behalf of Ms. Hochul in the race’s final days, as concerned Democrats scramble to ensure that their base turns out to vote [Emphasis added].

All of this comes as Election Day is only one week away, on November 8.

Shift Happens celebrates 150 years of typewriters, keyboards, and the people who use…

US infections rates related to kidney dialysis are higher…