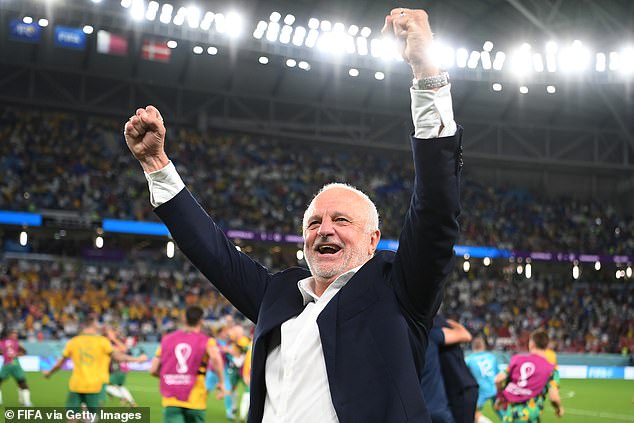 Graham Arnold insists facing Lionel Messi is ‘a dream come true’ and tells Socceroos to seize chance to make history against Argentina: ‘Let’s do something special’

Graham Arnold has admitted facing Lionel Messi is a ‘dream come true,’ but urged his players to seize the opportunity of a lifetime and shock Argentina.

Australia face La Albiceleste in the Round of 16 of the World Cup on Sunday morning (AEDT) and Arnold wants his players to make history.

‘This is a dream come true, playing against Lionel Messi in a World Cup,’ Arnold said in his press conference on Friday.

‘I don’t think anyone expected us to even win a game and then to win two in one World Cup, it’s amazing.’

Australia qualified for the knockout stages of the World Cup for the first time in 16 years and are already the first Socceroos team in history to win two games at the tournament after beating Tunisia and Denmark.

After keeping just one clean sheet in their previous five World Cup appearances combined, the Socceroos haven’t conceded a goal in over 180 minutes of football.

Argentina and Messi will take some stopping, but Arnold insisted his players should relish a once-in-a-lifetime opportunity rather than be fearful of the challenge posed by the reigning South American champions. 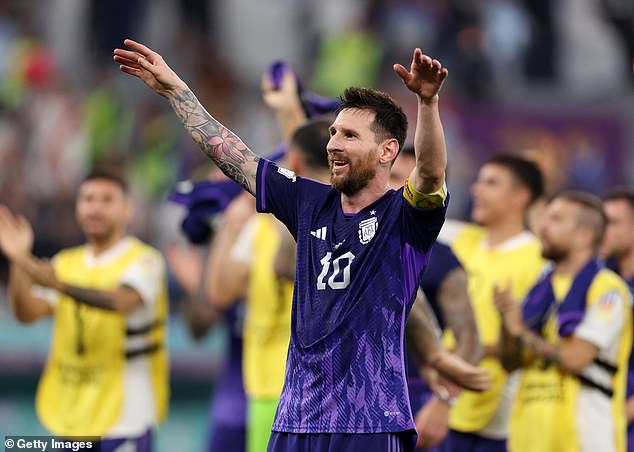 ‘You don’t get these opportunities often in life,’ he continued.

‘This is when you go home, you have got time to think about things and remember those things but now, this is real. And let’s give it our best shot.’

Ahead of the tournament, Arnold had boldly proclaimed reaching the knockout stages was Australia’s target and went as far as suggesting the Socceroos could reach the quarter-finals.

His bravado was met with skepticism and downright ridiculed, but the 59-year-old’s faith in his players has been handsomely vindicated so far. 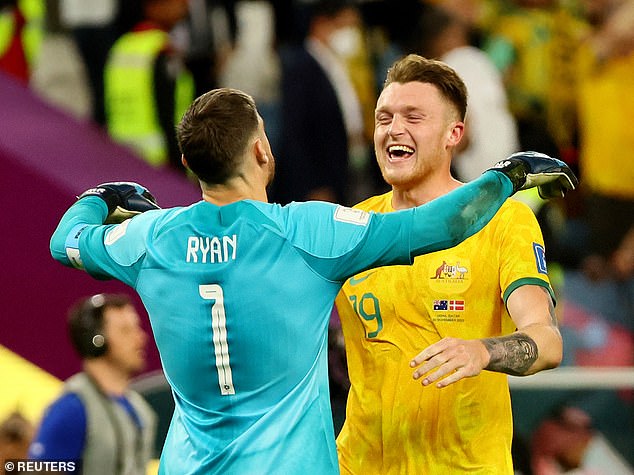 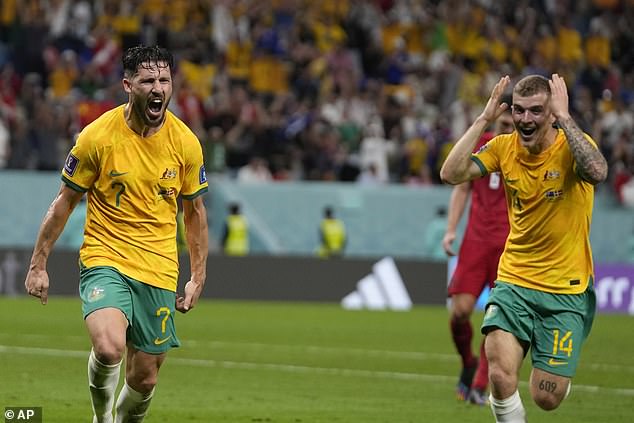 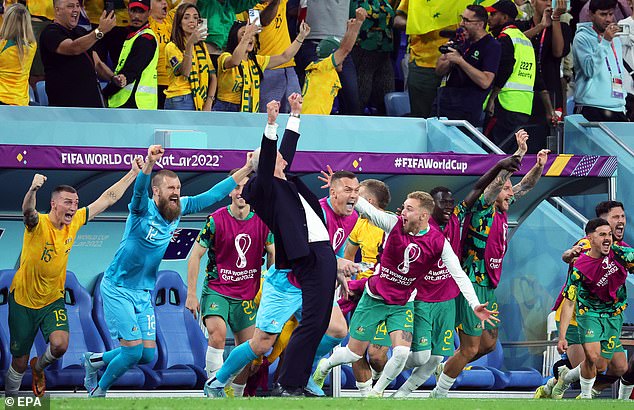 Three years ago, Arnold stuck a poster in Australia’s dressing room reading ‘Greatest Socceroo Team Ever’ ahead of a 5-0 win over Napal in a World Cup qualifier in Canberra.

Becoming only the second Socceroos team in history to reach the knockout stages has corroborated that statement. Beating Argentina to make the quarter-finals would eclipse even the achievements of the golden generation of 2006.

‘That was my goals, my expectations and my dreams to do that – you probably can say that’s what we’ve achieved to now,’ Arnold said.

‘But we’re not finished. 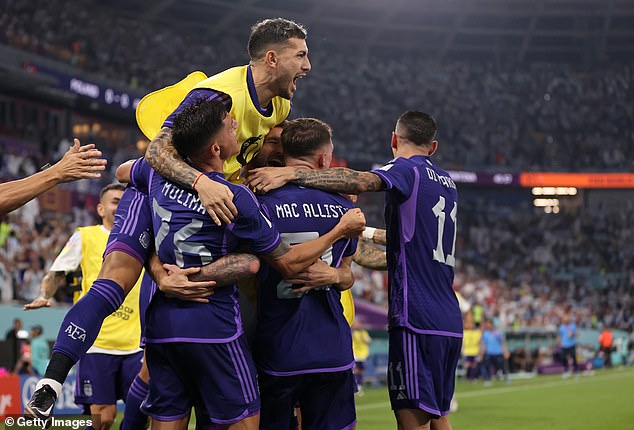 ‘If we’d given up, we may as well go see the family and friends and lay on the beach and have fun and [then] turn up for Argentina

‘But it’s not about that. It’s about getting ourselves ready and making the nation even more proud.’