Griezmann forced into new role as super-sub at Atlético 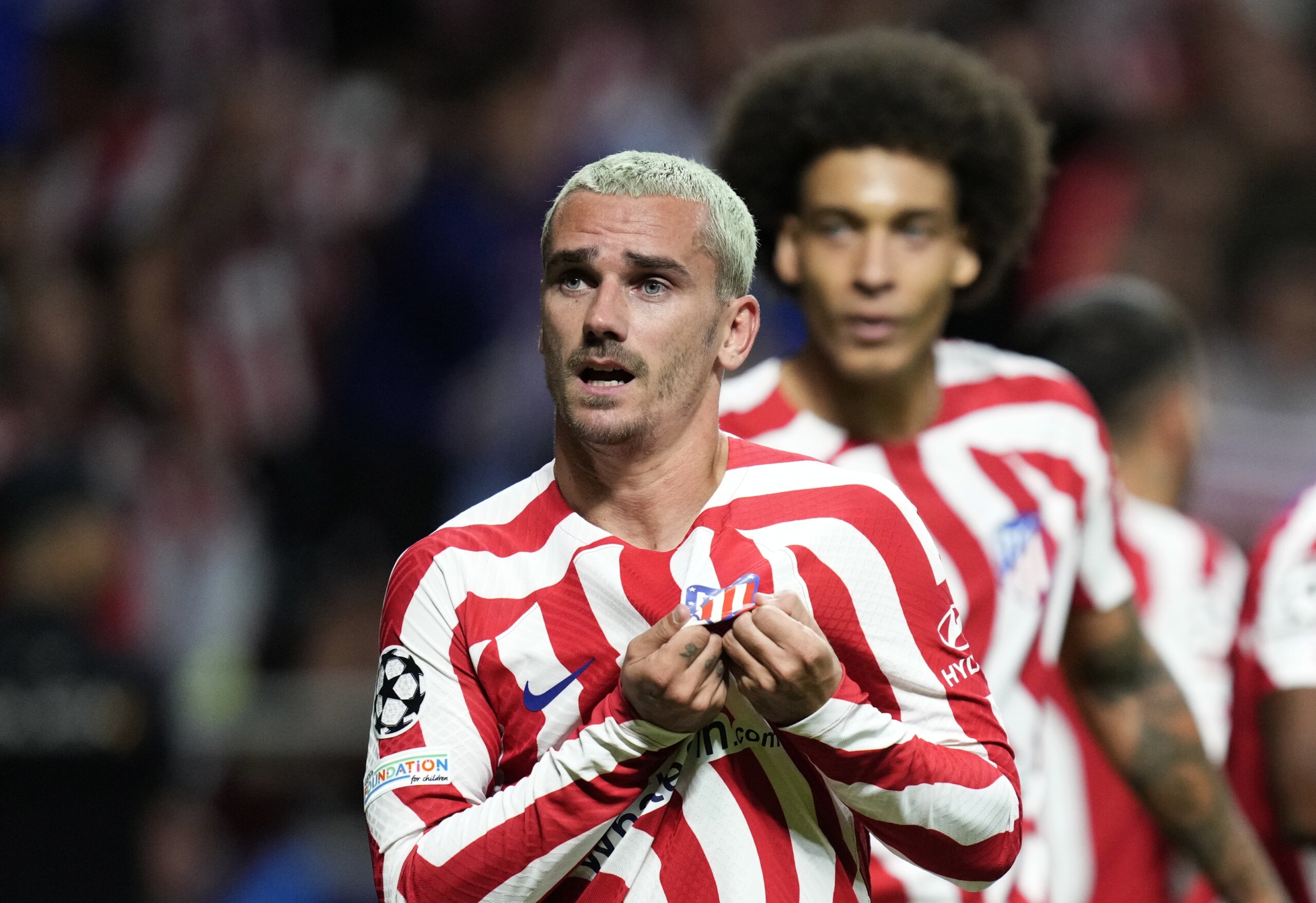 BARCELONA, Spain (AP) — Antoine Griezmann is making the most of his minutes as a surprising super-sub for Atlético Madrid.…

BARCELONA, Spain (AP) — Antoine Griezmann is making the most of his minutes as a surprising super-sub for Atlético Madrid.

The 31-year-old forward, who won the World Cup title with France in 2018, has become a second-half substitute for coach Diego Simeone after being a starter for most of his career. And it’s possibly because of a contract dispute between Atlético and Barcelona.

Whatever the reason, Griezmann has responded by scoring three goals in five substitute appearances, including a stoppage-time winner in the 2-1 victory over Porto on Wednesday in the Champions League.

But with his best player performing so well, why Simeone doesn’t just put him in from the start as he had done for most of their long time together?

When asked about Griezmann’s odd role, Simeone responded, rather enigmatically, last week that the coach is “a man of the club and always will be.”

That response appeared to be the Argentine’s way of confirming local media reports that the club’s leadership has asked him to reduce Griezmann’s minutes as part of a contractual tug-of-war to save some much needed cash. Atlético is reportedly trying to avoid having to pay Barcelona 40 million euros ($40 million) to make his move permanent.

Griezmann, who became a star at Atlético from 2014-19 before he moved to Barcelona for two frustrating seasons, returned to the Spanish capital at the start of last season on a two-year loan deal. In that agreement, it was stipulated that Atlético would have to pay Barcelona 40 million euros ($40 million) if he played more than 45 minutes on average. Atlético is reportedly trying to get Barcelona to reduce that transfer cost, although neither club immediately responded to The Associated Press when asked about possible talks.

So after being regularly used as a starter last season, Griezmann has come on just after the 60-minute mark in all five of Atlético’s games this campaign.

In interviews with several Spanish sports outlets on Wednesday, club president Enrique Cerezo repeatedly denied that he had given orders to Simeone.

“Antoine Griezmann is a player of Atlético Madrid and we have coaches who play him when they think it is opportune, there is nothing more to it,” Cerezo told Movistar Plus television. “He is available for the time that our coach wants. For the beginning, the middle or the end.”

Cerezo’s club had a discreet transfer window. Its only major deal was for defender Nahuel Molina. Otherwise, midfielder Axel Witsel signed as a free agent, defender Sergio Reguilón arrived on loan, while Álvaro Morata and Saúl Ñiguez returned from their loan deals.

Griezmann, who should play an important role for France at this year’s World Cup in Qatar, has delivered off the bench. Besides his last-gasp header against Porto, he also scored in a 3-0 win over Getafe and provided the winner for a 1-0 triumph over Valencia.

“The situation is what it is. It is out of my hands,” Griezmann said after the victory over Porto. “Of course I want more (minutes), but I am going to give it my all in the minutes I have. I feel like I am a man of this club. I am happy here and I only want to play here and give this club all I can, both for ‘Cholo’ (Simeone) and our fans.”

Griezmann’s next chance to help his team will be Saturday when Atlético hosts a Celta Vigo team led by Iago Aspas and his five goals.

Real Madrid will most likely be without Karim Benzema for its home game against Mallorca on Sunday.

Benzema injured a tendon and a muscle in his right leg in Tuesday’s 3-0 win at Celtic. The club did not say how long he is expected to be sidelined.

His absence could give another opportunity to Eden Hazard, who scored and set up two assists in Glasgow. The little-used Belgium forward desperately needs playing time to get into shape for the World Cup.

Robert Lewandowski will look to keep up his superb scoring streak when Barcelona visits Cádiz on Saturday.

The Poland striker is coming off a hat trick in Barcelona’s 5-1 rout of Viktoria Plzen in the Champions League. Before that, he had scored five goals in three Spanish league victories.

Barcelona is in second place in the league, three points behind Madrid. Cádiz is in last place after losing all four of its games and has still yet to score a goal.

Julen Lopetegui is under intense pressure to guide his winless Sevilla to a victory at Espanyol on Saturday.

Some of Sevilla’s fans called for the ousting of club president Pepe Castro during their team’s 4-0 loss to Manchester City on Tuesday. They are unhappy with the club for weakening the team by selling central defenders Jules Koundé and Diego Carlos, who were among the very best in the league, without replacing them.

Sevilla has drawn one and lost three in the Spanish league.