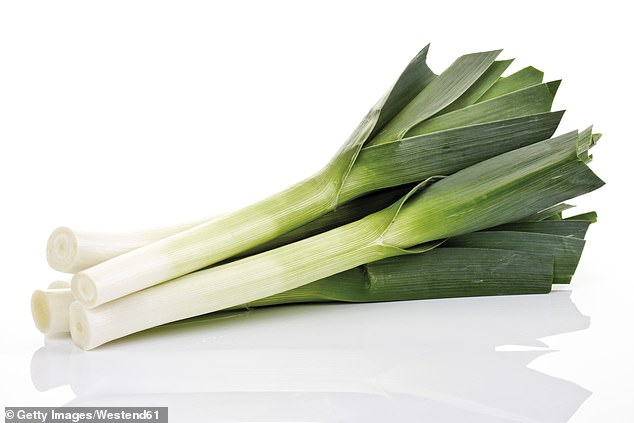 Champagne, stilton and… the Welsh leek? Growers want the vegetable to be given a Protected Geographical Indication to boost demand and reputation

By Valerie Elliot For The Mail On Sunday

It has been a symbol of Wales for more than 1,000 years, venerated for bringing luck on everything from battlefields to rugby pitches.

And now the humble Welsh leek could be given the same prestigious status as champagne from Champagne in France.

Welsh growers want the vegetable to be given a Protected Geographical Indication (PGI) in order to boost demand and reputation.

If their bid is successful, Welsh leeks would be protected in a similar way to Cornish pasties, stilton cheese and Melton Mowbray pork pies, with traders prevented by law from manufacturing or selling inferior lookalikes.

‘Welsh leeks are different to other leeks grown in the UK, so we would like Welsh leeks to have the PGI to put Wales on the map and for our leeks to be seen in a positive manner,’ said Matthew Thomas, of Pembrokeshire-based Puffin Produce, the largest commercial grower in Wales.

Growers have applied to the Department for Environment, Food and Rural Affairs (Defra) for the accolade, and last week a consultation was launched.

Most British leeks are grown in Lincolnshire and Cambridgeshire, but English farmers are widely supportive of the Welsh move. Tim Casey, a Lincolnshire grower and chairman of the British Leek Growers Association, said: ‘We are very happy for Welsh leeks to get the PGI status and for the national symbol of Wales to be celebrated in this way.

‘Anything that increases demand for leeks is good for us.’

Welsh leeks are different from others in that about 40 per cent of the stem is a green flag (the top of the leek), which is used in soups and stocks. In other parts of the UK, leeks are grown with smaller flags because many shoppers tend to cut them off as waste before cooking. 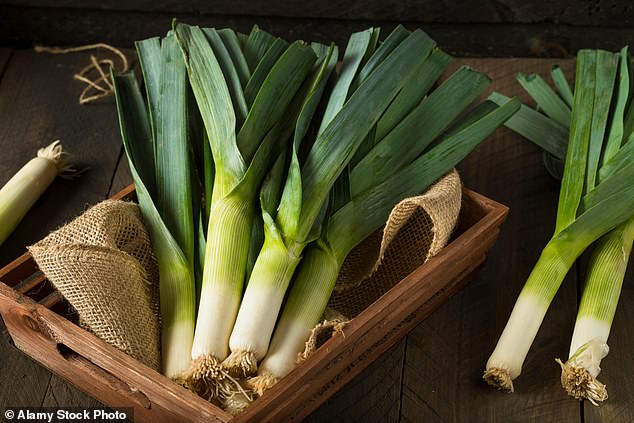 The Welsh lekk has been a symbol of Wales for more than 1,000 years, venerated for bringing luck on everything from battlefields to rugby pitches

Leeks are believed to have been first brought to Wales by the Phoenicians, who traded them for tin. It is said they were worn by 7th Century Welsh soldiers who defeated the Saxons. A leek features on the Welsh Guards’ cap badge.

Leeks have traditionally been carried by Wales rugby supporters.

Earlier this month, The Mail on Sunday reported that MPs are urging Defra to give more British foods PGI status. Since Brexit, only four foods have been given the elite ranking and MPs are demanding the number of protected products is increased by 2030 from 81 to 200.