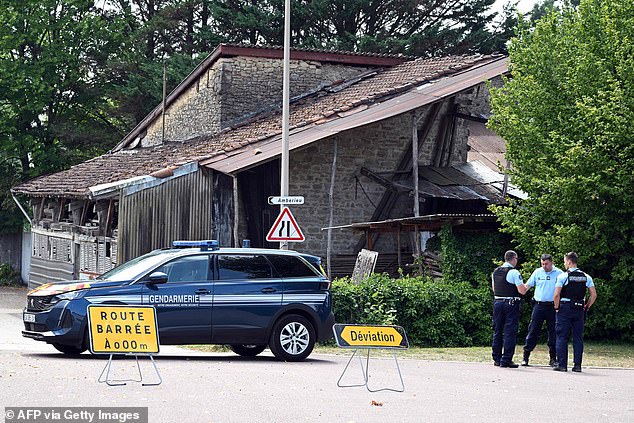 Gunman, 22, kills five family members – including his father and three younger siblings – in ‘hostage situation’ in France before police storm village home and shoot him dead

By David Averre For Mailonline

A man has been shot dead by armed police in France after he took several members of his family hostage and killed five of them, including his father.

The shocking incident began to unfold last night when a 22-year-old man barricaded himself in a house with his father, stepmother and three children in the small eastern town of Douvres about 30 miles east of Lyon.

Local reports said negotiators descended on the scene overnight and set up a perimeter around the town, before they ‘attempted in vain to remain in contact with the suspect throughout the night’.

Earlier today the man, armed with a firearm and a large katana,  began executing his family members.

Armed police officers stormed the house and killed him, but not before all five hostages, including the three children, had been executed.

Neither the police nor the local prosecutor’s office confirmed the identity of the victims, but French outlet Le Progres reported that the shooter’s father was the head of a building company in the Ain region, of which Douvres is a part.

The killer’s other victims included his mother-in-law, originally from Gironde, his 17 -year-old sister, his 15-year-old half-brother and his 5-year-old half-sister.

French gendarmes stand guard near a deviation sign to block the road leading to the house in which a man is suspected of having shot five people before being shot himself by the GIGN (National Gendarmerie Intervention Group) in Douvres, eastern France, on July 20, 2022 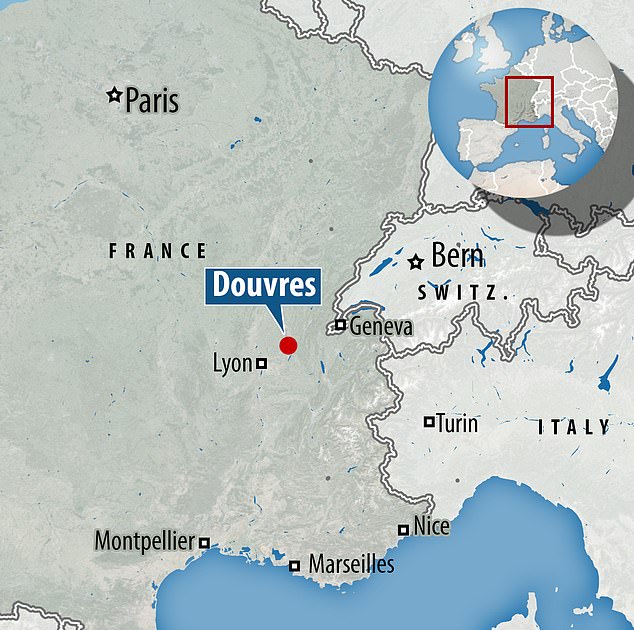 Town mayor Christian Limousin said the family had moved into the house where the murders took place in July of 2020 and ‘began to invest in the village’.

A family acquaintance who visited the scene told Le Soir that the killer worked at a local fast food restaurant, but gave no indication to his physical or mental condition prior to the attack.

Having set up a perimeter during the night to close off the town, authorities told local business and shops not to open while they continued their attempts to negotiate with the hostage taker.

The owner of the village bar, which sits in the town square, said she was told around 8:30am local time by gendarmes not to open the premises and said the town of roughly 1,000 inhabitants were constantly calling the bar to find out what had happened. 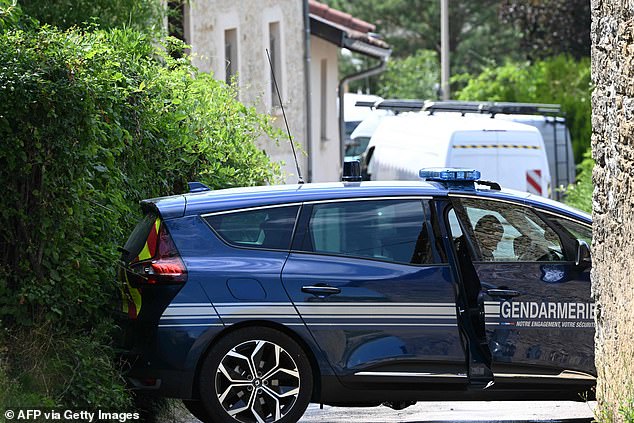 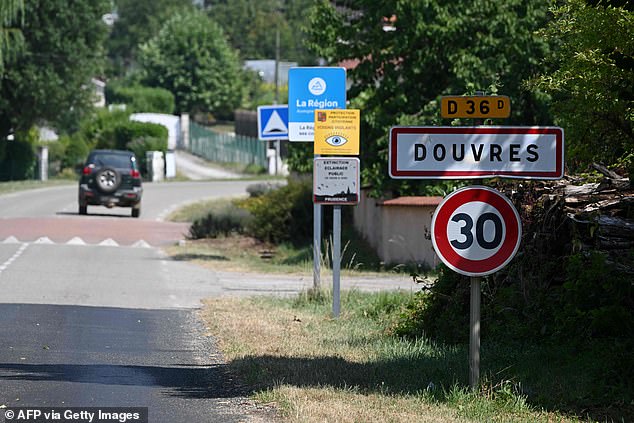 The shocking incident began to unfold last night when a 22-year-old man barricaded himself in a house with his father, stepmother and three children in the small eastern town of Douvres

French police are yet to release a statement on the fatal incident, while the scene as of 4pm was still heavily guarded by officers.

The slaughterhouse in Douvres is the latest mass crime scene in France which also saw a triple murder in the provincial town of Angers at the weekend when a Sudanese refugee stabbed three young rugby players to death after an argument in the street.

Elsewhere in France, a police officer in the town of Dreux west of Paris shot dead a man who lunged at her with a sword following a domestic dispute on Saturday evening, prosecutors said.

Fear of crime was one of the leading campaign issues during presidential and parliamentary elections in France this year which saw the anti-immigration and far-right National Rally party make historic gains.

Liz Truss: What the challenger for Prime Minister has previously said about the Northern Ireland Protocol