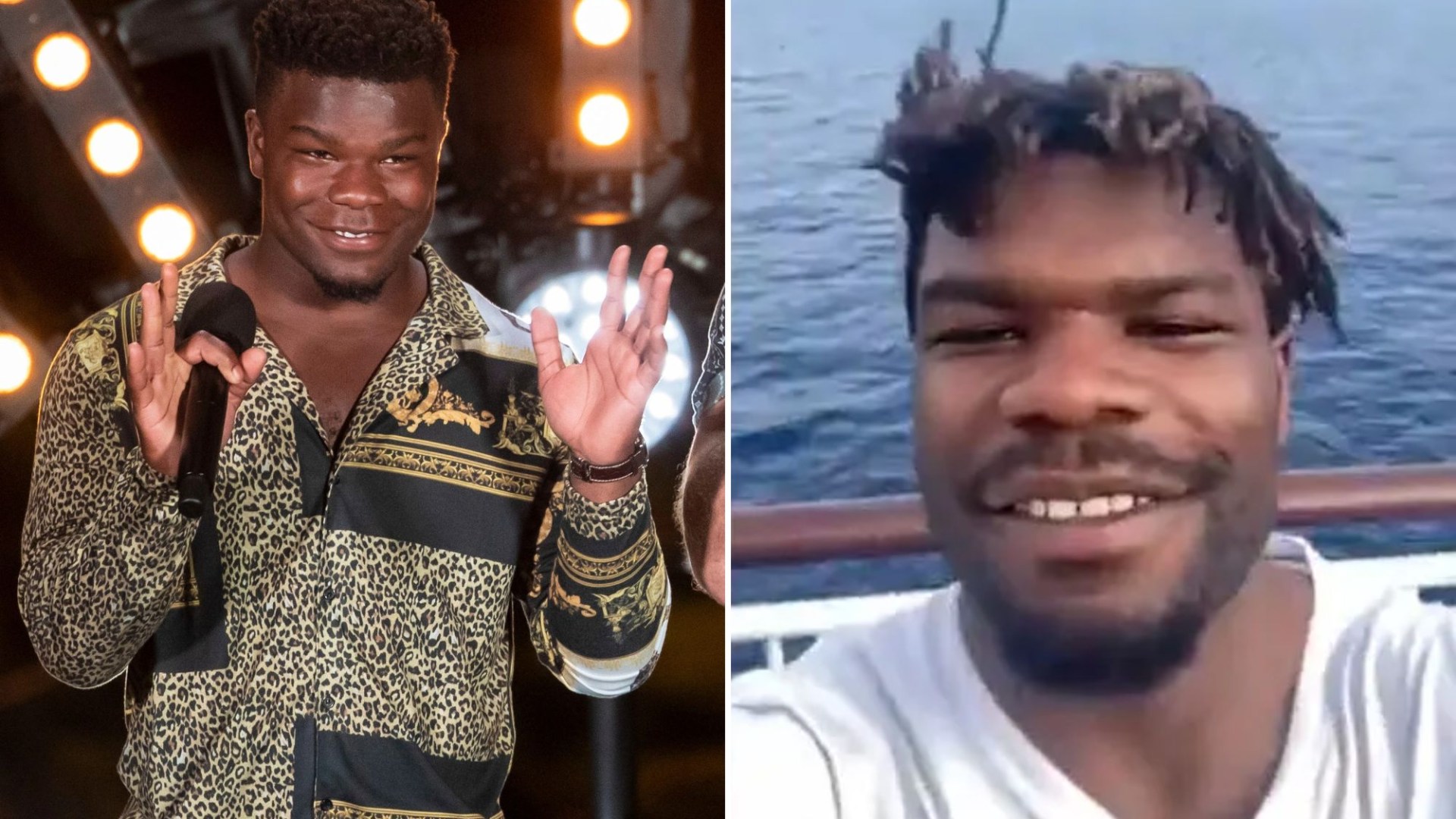 MISSING Brit X Factor star Levi Davis has appeared in a haunting video sent to his mother on the day of his disappearance.

The Birmingham-born rugby player, 24, went missing on October 29 after leaving a friend in Ibiza to get the ferry to Barcelona alone.

He was seen leaving an Irish pub in Barcelona on the same night on CCTV and hasn’t been seen for almost five weeks.

His worried family travelled out to Spain to help with the search several weeks ago but, despite some possible sightings of Levi, none have been confirmed as him.

Now a video message sent by Levi to his mother on the day he went missing has been released.

In the short clip, he is seen on the ferry from Ibiza to Barcelona.

Taken in the middle of the seven-hour trip, Levi’s voice is barely audible over the heavy winds, but he can be heard saying: “Hi mum… it’s beautiful.”

It is believed that the same witness said they had seen him in another square near the city’s Arc de Triomf monument.

The spot is just a six-minute walk from the Old Irish Pub where Levi was seen leaving on October 29.

Levi made the journey to Barcelona alone after staying in Ibiza for a week, arriving in the city at around 7pm.

The former Bath winger had been suffering from depression and had gone on holiday following a knee injury.

His passport was discovered at the port area in Barcelona almost two weeks ago, as the search continues.

Levi’s mother Julie told the BBC that she hasn’t heard anything from Spanish cops since the discovery of the passport.

His family said they received a tip that Levi was spotted looking “lost and confused” in a homeless area of Barcelona.

Levi’s foster mother claimed he had mentioned a blackmail threat in a since-deleted video shortly before he disappeared.

Susanne Balfour told Sky News’s Kay Burley that Levi had posted the video on his social media while he was in Ibiza.

Kay asked Susanne if the blackmail was linked to her foster son’s sexuality – he made history in 2020 when he was the first rugby union player to come out as bisexual while still playing.

Susanne replied: “He might just be frightened, he did say in that video that his life was in danger, I don’t know whether he’s running from something, I just don’t know.”

In the Spanish police’s first public comments since the discovery of Levi’s passport, a spokesman said: “At the moment this case is being investigated as a disappearance and a lot of work is still being done.

“We’re talking about a person who could have disappeared for many reasons.

“They could include a voluntary disappearance or otherwise.

“We can’t link it to any criminal act at this stage and we wouldn’t until we were 100 percent sure we are looking at a crime.

“All hypotheses are being looked at and are on the table.”

Levi’s mother Julie Davis, who has also been told her son’s phone and bank accounts have still not been used since the last confirmed sighting, admitted last month that his family were becoming “increasingly concerned”.

The rugby player-turned-reality star performed on X Factor: Celebrity in 2019 with fellow rugby lads Ben Foden and Thom Evans as part of the group Try Star.

In 2020, he starred in the E4 dating series Celebs Go Virtual Dating.

Host Paul C Brunson told The Sun back in November: “Levi is a friend and one of the kindest souls I’ve ever met.

“I pray for his safe return and ask anyone who knows anything about his whereabouts to contact authorities.

“We all want our brother home.”

Co-host Anna Williamson added: “Levi is one of the most charming and likeable guys. We had a lovely time getting to know him on Celebs go Dating.

“I am really concerned to hear that he is missing and I hope anyone with any information comes forward immediately. I pray for his safe return.”

State of the Union: President Joe Biden reveals his priorities, but divided Congress…