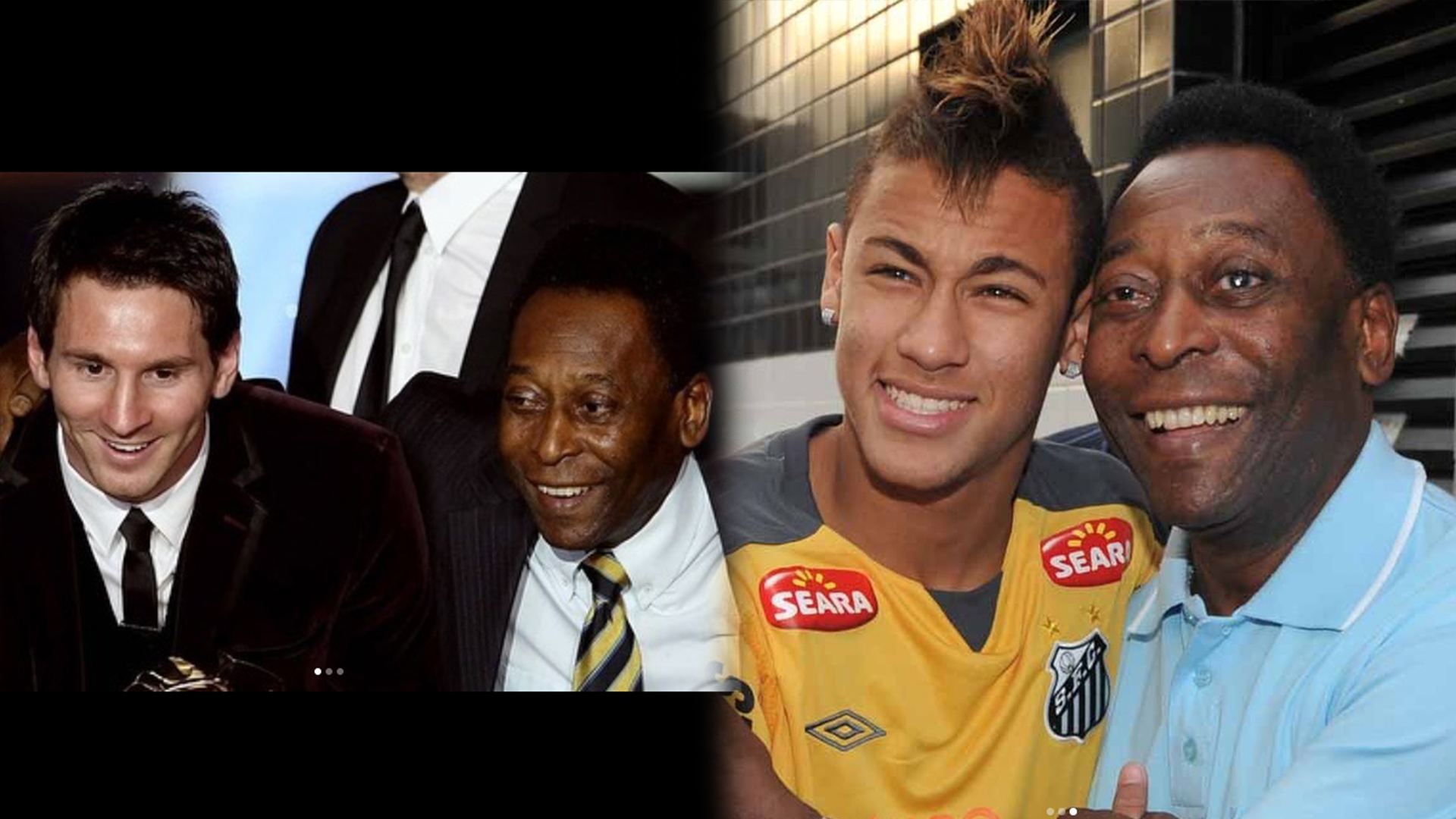 NEYMAR led the tributes to ‘king’ Pele and declared: “He turned football into art.”

Edson Arantes do Nascimento, known across the globe as Pele, passed away in his homeland on Thursday at the age of 82 after a battle with cancer.

The Brazil great – regarded by many as the greatest football of all time – had been receiving treatment for a tumour in his colon but stopped responding to care.

And football stars and legends took to social media to pay their respects to the Santos icon and reached out to his family.

Current Brazil superstar Neymar wrote: “Before Pele, 10 was just a number. I’ve read this phrase somewhere, at some point in my life.

“But this sentence, beautiful, is incomplete. I would say before Pele football was just a sport. Pele has changed it all. He turned football into art, into entertainment. 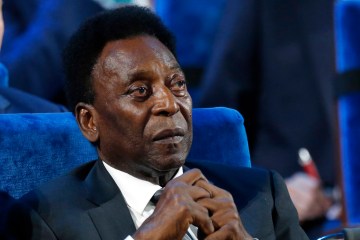 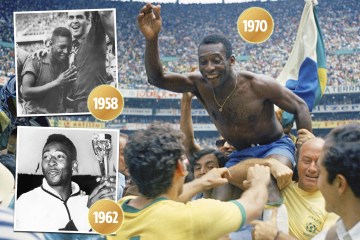 “He gave voice to the poor, to the black community and especially: He gave visibility to Brazil.

“Football and Brazil have raised their status thanks to the King! He’s gone but his magic remains. Pele is FOREVER!!”

England legend Gary Lineker tweeted: “Pele has died. The most divine of footballers and joyous of men.

“He played a game only a few chosen ones have come close to. 3 times he lifted the most coveted gold trophy in that beautiful yellow shirt.

“He may have left us but he’ll always have footballing immortality. RIP Pele.”

Brazil legend Pele, probably the greatest footballer of all time, passes away after cancer battle

Lionel Messi – whose own recent World Cup win with Argentina has seen him join Pele in the upper echelons of the game’s all-time list – said: “Rest in peace.”

While Manchester United and Real Madrid great Cristiano Ronaldo posted: “My deep condolences to all of Brazil, and in particular to the family of Edson Arantes do Nascimento.

“A mere “goodbye” to the eternal King Pele will never be enough to express the pain that the entire football world is currently embracing.

“An inspiration to so many millions, a reference yesterday, today and forever. The love you always showed me was reciprocated in every moment we shared even from distance.

“He will never be forgotten and his memory will live forever in each and every one of us football lovers. Rest in peace King Pele.”

The official England Twitter account posted a picture of Pele exchanging shirts with Bobby Moore after their meeting at the 1970 World Cup in Mexico.

“One of the greatest to have graced the beautiful game,” read the tweet. “Farewell, Pele. You will never be forgotten.”

“For me Pele remains the greatest of all time and I was proud to be on the the pitch with him. RIP Pele and thank you.”

The next generation of global striking superstars were also quick to post their tributes.

Paris Saint-Germain and France star Kylian Mbappe said: “The king of football has left us but his legacy will never be forgotten. RIP KING.”

While Manchester City strike sensation Erling Haaland wrote: “Everything you see any player doing, Pele did it first. RIP.”

United great Rio Ferdinand said: “The legend who stood tallest among legends… always had time for everyone!

“I had the pleasure of playing for him (charity match) and interviewing him – equally rewarding. The player, The man, The icon.”

Cafu posted: “He will never be forgotten.”

“An icon and a true great of the game who touched millions around the world with his football and personality will be remembered forever.

“Rest in peace, Pele. My thoughts are with his family.”

Fans from around the world also took to social media to express their condolences.

This supporter tweeted: “One of the GOATs just died. RIP Pele.”

Another fan posted: “The football world has lost a legend. Rest in peace Pele.”

A third commented: “The original GOAT. A trailblazer. One of the finest players to ever lace up. He will be missed by millions.”

How to handle cryptocurrency losses on your 2022 tax return