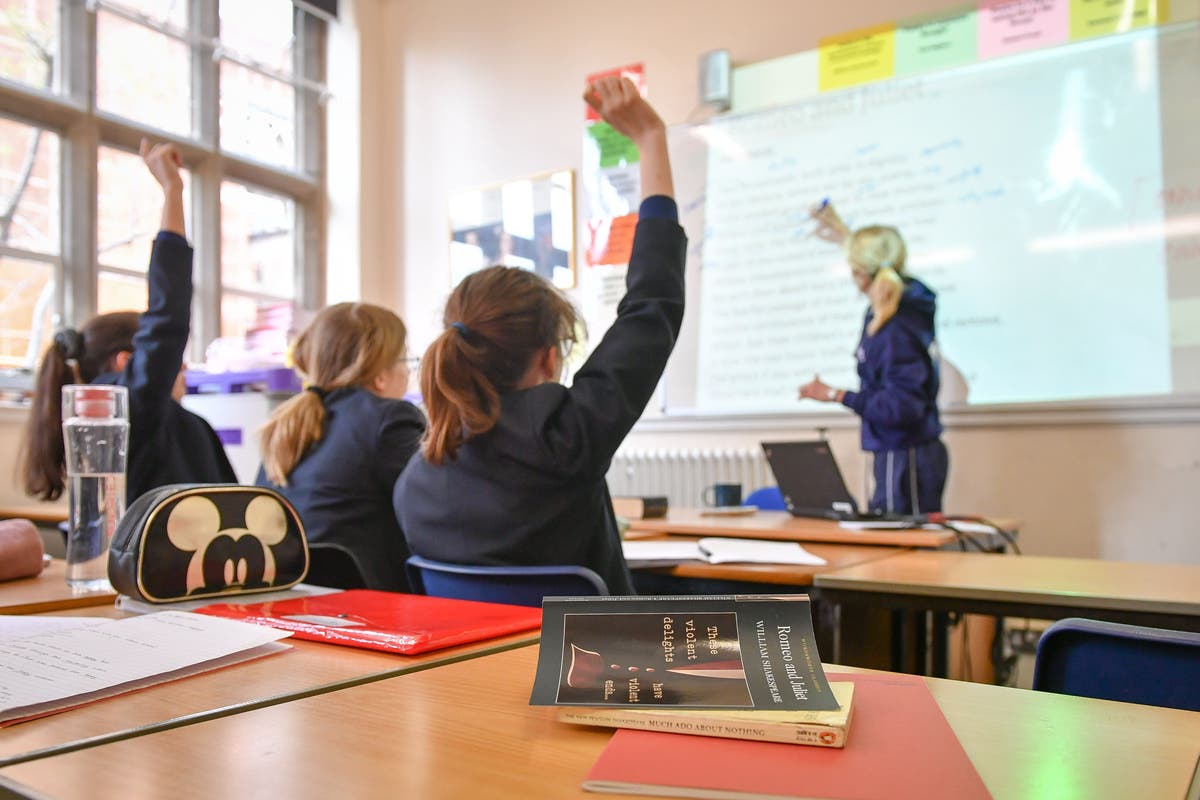 chool leaders may have “no choice” but to close their doors to pupils during strikes, the leader of a headteachers’ union has warned.

Paul Whiteman, general secretary of the National Association of Head Teachers (NAHT), said schools could have to shut during walkouts by teachers in England and Wales if “staffing numbers are dangerously low”.

The warning comes after the National Education Union (NEU) announced plans to hold seven days of walkouts in February and March in a dispute over pay.

Nine out of 10 teacher members of the NEU who voted in the ballot backed strike action, and the union passed the 50% ballot turnout required by law.

Education Secretary Gillian Keegan is due to meet teaching union leaders on Wednesday morning in a bid to avert the strikes, which the NEU has said could affect more than 23,000 schools.

Downing Street has warned that widespread strikes planned by teachers, train drivers and civil servants on February 1 could likely cause “significant disruption” to the public.

Mr Whiteman told the PA news agency: “A school leader’s first priority is always the safety of the pupils in their school.

“So if staffing numbers are dangerously low, it may be that leaders have no choice but to be compelled to close schools on safety grounds.”

Updated guidance from the Department for Education (DfE) suggests that agency staff and volunteers could be used to cover classes on strike days, with schools expected to remain open where possible, although remote learning is also an option and the most vulnerable pupils are to be given priority.

But Mr Whiteman told PA: “Frankly the guidance provided to headteachers by the DfE yesterday is at best naive. It is based on local disruption rather than the national walkouts planned by the NEU.”

He added that it was “unlikely” that headteachers will “easily gain the cooperation of teams that are so frustrated with how they are treated by Government and are party to the same dispute as their NEU colleagues.”

School leaders in Wales are also set to take industrial action over pay, but headteachers in England will not stage strikes after an NAHT ballot turnout failed to meet the legal threshold.

But the NAHT is considering re-running its ballot in England due to concern that the democratic process had been compromised amid postal disruption.

Ms Keegan has admitted that she cannot guarantee that schools will remain open, but she told ITV’s Good Morning Britain that she would work with heads “to make sure as many schools are open for as many children as possible”.

She told LBC on Tuesday that introducing minimum service levels in schools would protect “vulnerable children”, but she hoped that the Government’s anti-strike legislation would not be needed for teachers.

Geoff Barton, general secretary of the Association of School and College Leaders (ASCL), said: “School leaders have huge sympathy with their classroom teacher colleagues and are just as frustrated that the Government has failed to address this appalling situation.

“They will be focused on maintaining good industrial relations through the difficult period ahead and will manage strike action accordingly.”

He added: “The use of agency staff to cover for staff who are on strike is a difficult issue as it may sour industrial relations. Our advice to school leaders is to discuss options with union colleagues and reach agreement over the course of action to be taken.”

If staffing numbers are dangerously low, it may be that leaders have no choice but to be compelled to close schools on safety grounds

Mary Bousted, joint general secretary of the NEU,  said: “No teacher or support staff member wants to be taking strike action but if there is no significant and meaningful negotiation occurring it will be the only option left.

“All of this can be avoided but only if Gillian Keegan stops burying her head in the sand and faces up to the consequences of decades of underinvestment in education and the underpaying of teachers and support staff.”

The teaching strikes are the latest to be announced in a wave of industrial action which has seen stoppages across various sectors in recent months.

Aslef union announced on Tuesday that train drivers will stage fresh strikes on February 1 and 3 after the rejection of a pay offer.

Hundreds of staff working for the National Institute for Health and Care Excellence (Nice), who advise the NHS on the best drugs and treatments available for patients, are taking strike action today.

Members of the Royal College of Nursing (RCN) in England are also due to walk out again on Wednesday and Thursday, and have announced two more strikes in England and Wales on February 6 and 7.

The Prime Minister’s official spokesman said: “We’re in no doubt that this strike action, some of which will fall on the same day or days, will cause significant disruption to the public – whether it’s children having their education disrupted or the public trying to go about their daily lives on their commute.

“We don’t think it’s the right course of action, we continue to call unions to step away from the picket lines and continue with discussions.”