Here are 15 films to keep an eye on 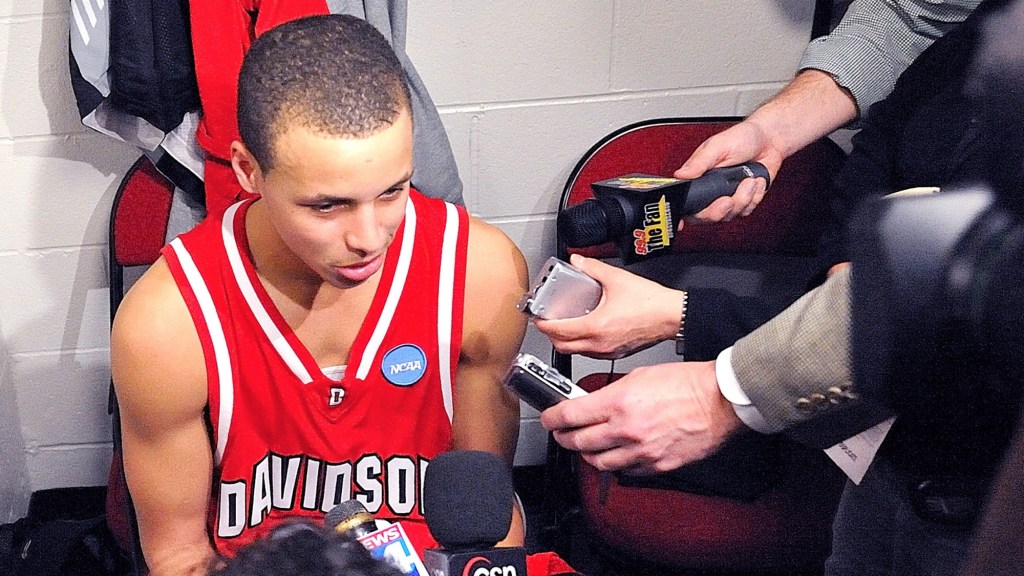 The independent filmmaking industry deserves a chance to shine and get away from that stormfront of mostly bad-box office news.

That opportunity arrives Jan. 20-Jan. 29 at the Sundance Film Festival, the annual jewel of the indie film world, which per usual offers a robust showcase for some of the best features the world has to offer.

But if you can’t make it there, know that some of the titles will be available to stream beginning Jan. 24. More information on these and more films is available at festival.sundance.org.

Here are 15 to look out for, a number of which have Bay Area associations.

“Stephen Curry: Underrated”: Award-winning Oakland documentary-maker Peter Nicks (“Homeroom,” “The Waiting Room,” “The Force”) bring his ever-observant eye to the life and career of one of our most popular and respected NBA players — Golden State Warriors icon Stephen Curry. Filmmaker and Oakland native Ryan Coogler is one of the producers of this Apple TV+ documentary, which relates the inspirational story of Curry and how the four-time NBA champ defied naysayers and became a phenomenon. Sadly, it’s not available online, and there’s no word yet on when Apple TV+ will release it.

“Shortcomings”: Sacramento-born graphic novelist Adrian Tomine has drawn deserved comparisons to America’s most daring cartoonists. If you haven’t read any of the UC Berkeley alum’s rich works — and you really should — this edgy adaptation from director Randall Park (yes, the cute actor from “Fresh off the Boat”) will likely make you a fan. It follows three Berkeley chums fumbling about with love, desire, heritage and expectations. It’s available online.

“Fremont”: For his fourth feature film, Iranian filmmaker Babak Jalali comes up with a novel and timely concept.  A former Afghan translator (newcomer Anaita Wali Zada) finds herself saddled with an empty life in the titular East Bay city, but things change when she assigned to write Chinese fortune cookie messages at the factory where she works. “The Bear’s” Jeremy Allen White costars. Shot in B&W, Jalali’s feature will be available online.

“Earth Mama”: Some films get snapped up by studios and distributors even before they get their world premiere at Sundance. Such is the case with 29-year-old Savanah Leaf’s debut feature set in the Bay Area. A24 swooped in to grab the former Olympic volleyball player’s coming-of-age drama about Gia (Oakland newcomer Tia Nomore), a pregnant single mom with two other children in foster care. The film is not available online, and there’s no release date from A24 yet.

“Fairyland”: Debut filmmaker Andrew Durham wrote and directed this adaptation of Alysia Abbott’s memoir about growing up in the ‘70s with a free-spirited father (Scoot McNairy) following the sudden death of her mother. Alysia is often left to her own devices as her father begins to date men once they relocate to San Francisco. Geena Davis, rock singer Adam Lambert and Maria Bakalova costar. The film is not available online.

“Cassandro”: Gael Garcia Bernal lands a juicy, high-profile role as the real-life gay luchador (professional wrestler) Saúl Armendáriz, who, with the assistance of his trainer, breaks barriers by assuming the identity of an alter ego — the out and proud Cassandro. This is documentary filmmaker Roger Ross Williams’ feature debut, and it looks like a winner. Bad Bunny and Raúl Castillo costar. It’s not available online.

“Infinity Pool”: His horror freakout (“Possessor”) rattled Sundance a few years ago, now director Brandon Cronenberg (David Cronenberg’s son) follows it up with what looks to be another unabashedly bizarre and brazen horror shocker. Mia Goth and Alexander Skarsgård lend their magnetic star power to this dark look at the festering underbelly of tourism. It might even make you think twice about booking that next trip to a tropical paradise. It’s not available online, but will arrive in theaters to disturb Jan. 27.

“Kokomo City”: Four transgender sex workers in New York and Georgia talk with candor and insight about their profession, dreams and lives in D. Smith’s B&W eye opener of a documentary. It’s also his film debut, and heralds a great career ahead for Smith. It’s available online.

“You Hurt My Feelings”: Nicole Holofcener writes and directs what sounds like another one of her refreshingly unique dramedies. It’s her fourth film at Sundance and follows novelist Beth (Julia Louis-Dreyfus) and how she reconsiders her relationship with her therapist hubby Don (Tobias Menzies) when she overhears him dissing her new novel. Oops. It’s not available online.

“Rye Lane”: Director Raine Allen-Miller’s feature debut is a romantic dramedy wherein a teary-eyed Dom (David Jonsson) gains more pep in his step courtesy of a wild day spent in South London with Yas (Vivian Oparah). It looks to be a charming and telling look at two 20-something people of color who might be ready to fall in love. It’s not available online.

“Twice Colonized”: What often distinguishes the Sundance is its dedication to illuminating various perspectives, cultures and ideas. Such is the case with this topical and engrossing documentary from director Lin Alluna on Greenlandic Inuit lawyer and activist Aaju Peter. It’s a fascinating character portrayal that takes the time to reflect on the Inuit experience and on colonialism. It’s available online.

“Magazine Dreams”: Expect Jonathan Majors’ career to soar higher than ever after the world premiere of director/writer Elijah Bynum’s character study of a fiercely devoted bodybuilder. Majors, so great in “The Last Black Man in San Francisco,” physically inhabits the part in what promises to be a gritty, explosive and complex look at the world of bodybuilding. It has the potential to be one of the biggest talkers at Sundance, and it’s available online as well.

“Cat Person”: Ready to get a bit uncomfortable? The perils of dating will likely come into all-too-sharp focus in this drama by director Susanna Fogel (a co-writer on “Booksmart”) about a 20-year-old student (Emilia Jones) learning that the alleged “cat person” (Nicholas Braun) she’s dating isn’t exactly who he pretends to be. Screenwriter Michelle Ashford adapts the New Yorker short story that was a viral sensation. It’s also available online.

Capsule wardrobe: tips on how to create closet that will save you money, time, and the environment