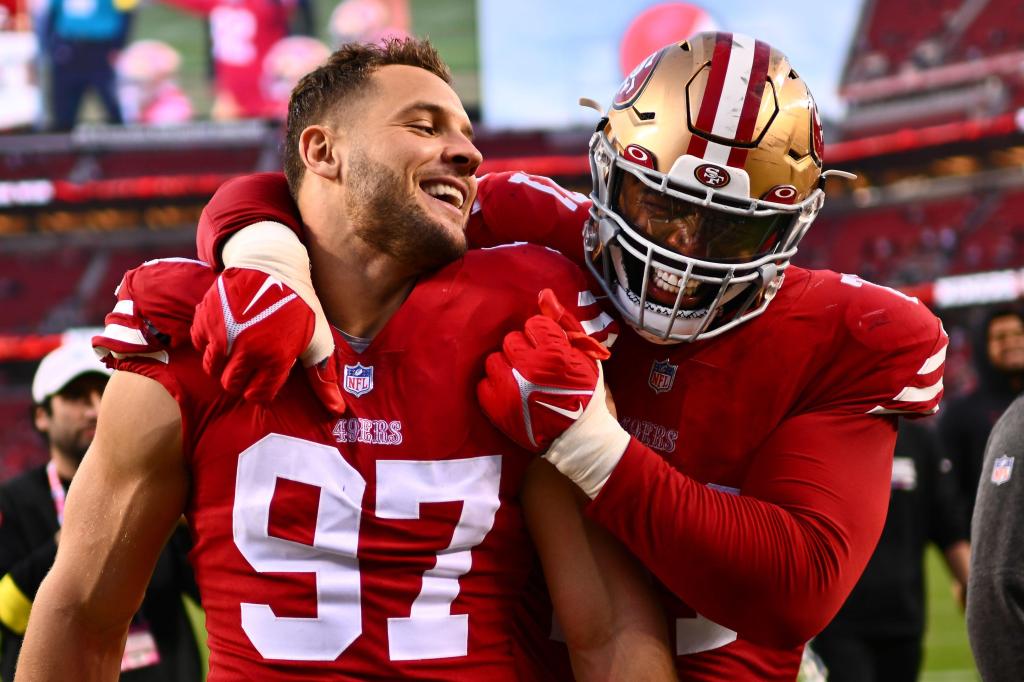 Even now, all these years later, the Miami Dolphins next problem traces to a Pembroke Pines Optimist practice where Cheryl Bosa sat between two fields watching two youth football teams.

Joey, her 10-year-old son, was on one field. Nick, the 8-year-old, was on the other field, tugging on the shirt of a coach to get his attention. Nick said something. The coach shrugged, pointing to a group of players where Nick then walked.

“I asked him after practice what that was about,’’ mom says now. “He said, ‘Oh, they were trying to make me play offense and I wanted to play defense.”

Nick, who ranks second in the NFL with 11 sacks, is up first as his San Francisco 49ers play the Dolphins. Joey, a four-time Pro Bowl pick, could be ready to return from September groin surgery when his Los Angeles Chargers play the Dolphins on Dec. 11.

It’s a South Florida story set on the West Coast, these reunions with their hometown team that were set in motion long ago. Joey, too, started on offense in his youth league.

“He was a quarterback his first two years,’ his father, John, says.

Don’t get the wrong idea. Their parents, now divorced, tried to hold their sons out of football for as long as possible, preferring they play other sports. Baseball. Basketball. Soccer. They even got a trampoline for an athletic outlet.

Joey still talked his way into playing football by fifth grade. Nick didn’t last that long. He threw a tantrum on the floor at age 7 kicking and screaming, “If I don’t get to play, I’ll die!”

Dad never coached or pushed them. He understood to play at the level they soon dreamed it had to come from inside. His role was to help them find good people – good coaches in their youth and then a good agent and financial advisor when that time came.

“I wanted to be their father, not their coach,’ says John, a South Florida real-estate investor.

The brothers remained as close as brothers could be through their rise. They started together on the St. Thomas teams – Joey a senior, Nick a freshman. They didn’t overlap at Ohio State, but when Nick suffered knee injury his final college season he moved to Southern California and worked out with Joey

Their offseasons now consist of working out in Broward in a 4,000-square-foot warehouse that Joey converted into a gym. A former Chargers trainer, Todd Rice, was hired by Joey and moved to South Florida to work with them.

No alcohol. No sugar. A regimen of speed and stretching in addition to weights. That didn’t prevent Joey from tearing the right side of his core, or abdominal muscles early this season.

“It was a kind of a blessing in disguise,’ John Bosa says. “He’d been dealing with a lot of pain on his left side, too, and they went in and repaired that.”

The idea is Joey will return this season, though he hasn’t begun practicing. Nick, however, is a prime part of San Francisco’s top-rated defense with 55 quarterback hits – 20 more than his closest teammate.

You don’t have to play the Bosa brothers every week, though. The Dolphins do the next two Sundays. Nick one week. Joey, if he’s healthy, the next.

Their parents talk of enjoying seeing how they’ve reached their dreams.

“There’s a lot of pride seeing what they’ve done, to be sure,’ says John.

Isn’t that every parent’s hope? Their hope comes with another one each Sunday, one that runs right over the Dolphins offense coming up: A win for their sons.