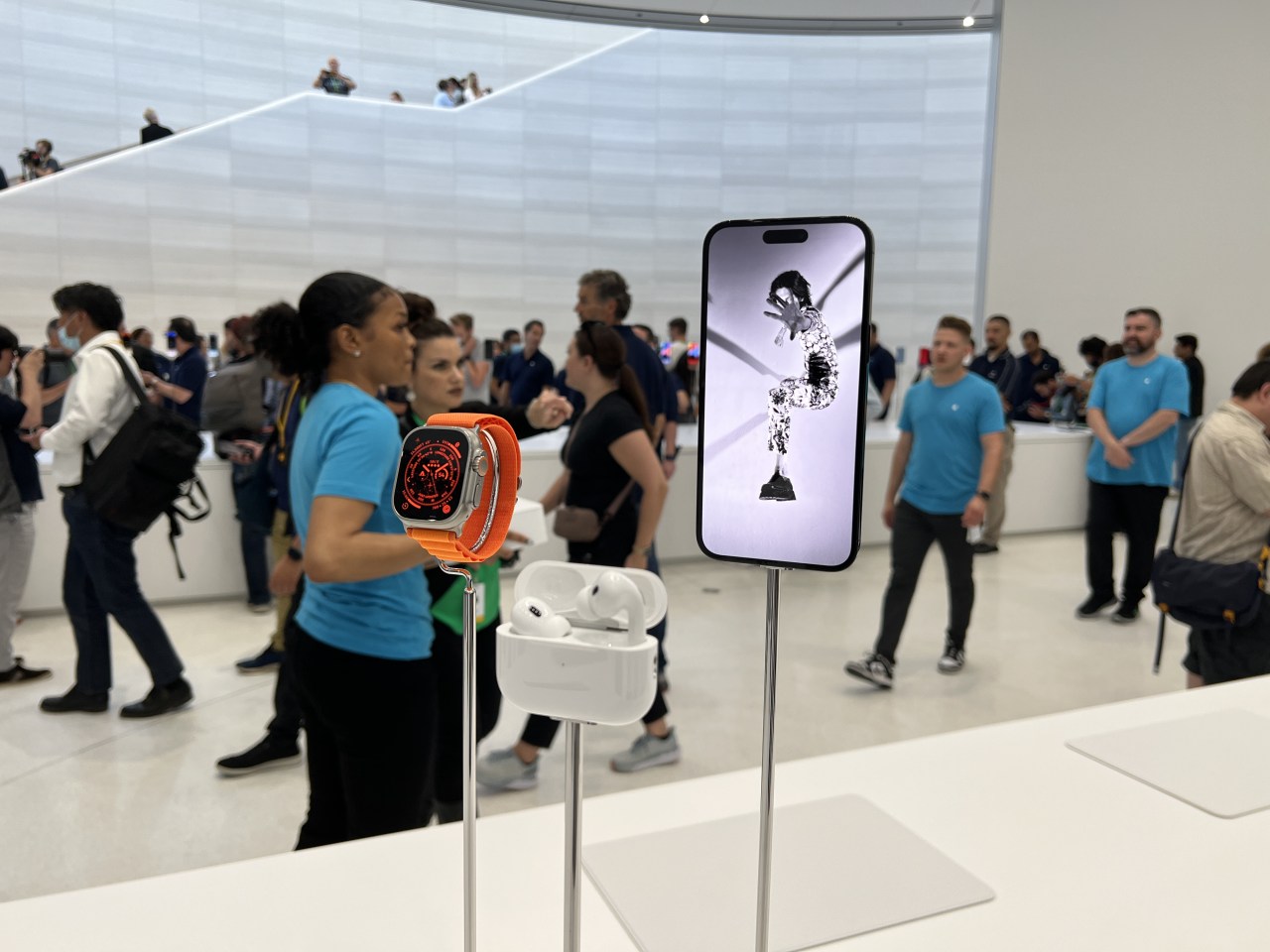 At Apple’s first in person event at the Steve Jobs Theater in three years, the company unveiled updates to its biggest product: the iPhone.

The iPhone 14 comes in two styles, the regular and Pro. Each style has two sizes, a 6.1-inch screen and a 6.7-inch screen.

The iPhone 14 has last year’s A15 Bionic chip inside, which is still perfectly capable for everyday tasks.

There are some improvements to the cameras on the devices, including the front facing camera, which now has autofocus for better selfies and group shots.

The phones also have crash detection built in, which will call for help, send your location and alert your emergency contacts should the phone’s sensors detect a car crash.

There’s also an Emergency SOS mode that works with satellites in outer space to send messages anywhere you have a view of the sky. Even though it’s an amazing feat of engineering that you no longer need a giant antenna on a phone to send messages like this, Apple says it could take anywhere from 15 seconds to a few minutes to work. The service won’t be ready until November, and iPhone 14 buyers will get two years of it free.

The iPhone 14 Plus will be available Friday October 7 and starts at $899.

When it comes to iPhone 14 Pro, there are many more substantial upgrades.

For starters, it comes with a new A16 chip inside, which is Apple’s fastest yet for an iPhone.

The main camera gets a big upgrade to 48 megapixels, which will allow for more detail in photos, additional zoom capabilities and better low light photos.

Another big change is the introduction of an Always on Display. This means that your lock screen will show the time, date and other bits of information even when your display is technically off. It looks a bit dimmer when it’s in a rest state, then when you tap your phone, it lights up fully.

The other big difference is a change to the notch area at the top of the phone. This houses Face ID and other critical sensors. Apple changed the shape to a pill design and now calls it the Dynamic Island. It adapts to show bits of information about things you’re currently doing or apps you’re using.

For instance, if you’re playing music, you can see that in the Dynamic Island and tap and hold to quickly bring up an area to advance to the next song. Or, if you have a timer going it will show that in the Dynamic Area. Watch this space as developers get their hands on it and make their apps work with the new feature. It should be a lot of fun, at least until Apple figures out a way to get rid of this sensor area completely and does away with it.

The iPhone 14 also comes in a 6.1 inch and 6.7-inch variant, which is the iPhone 14 Pro Max. They also have crash detection and the SOS feature built in.

Prices start at $999 for the Pro with 128 GB of storage and $1099 for the Max, again, same as last year. However, if you’re considering these premier devices, I’d bump up to the next storage level so you can get the most use out of the cameras without running into storage issues.

Samsung launches its first credit card in partnership with Axis Bank and Visa: All…