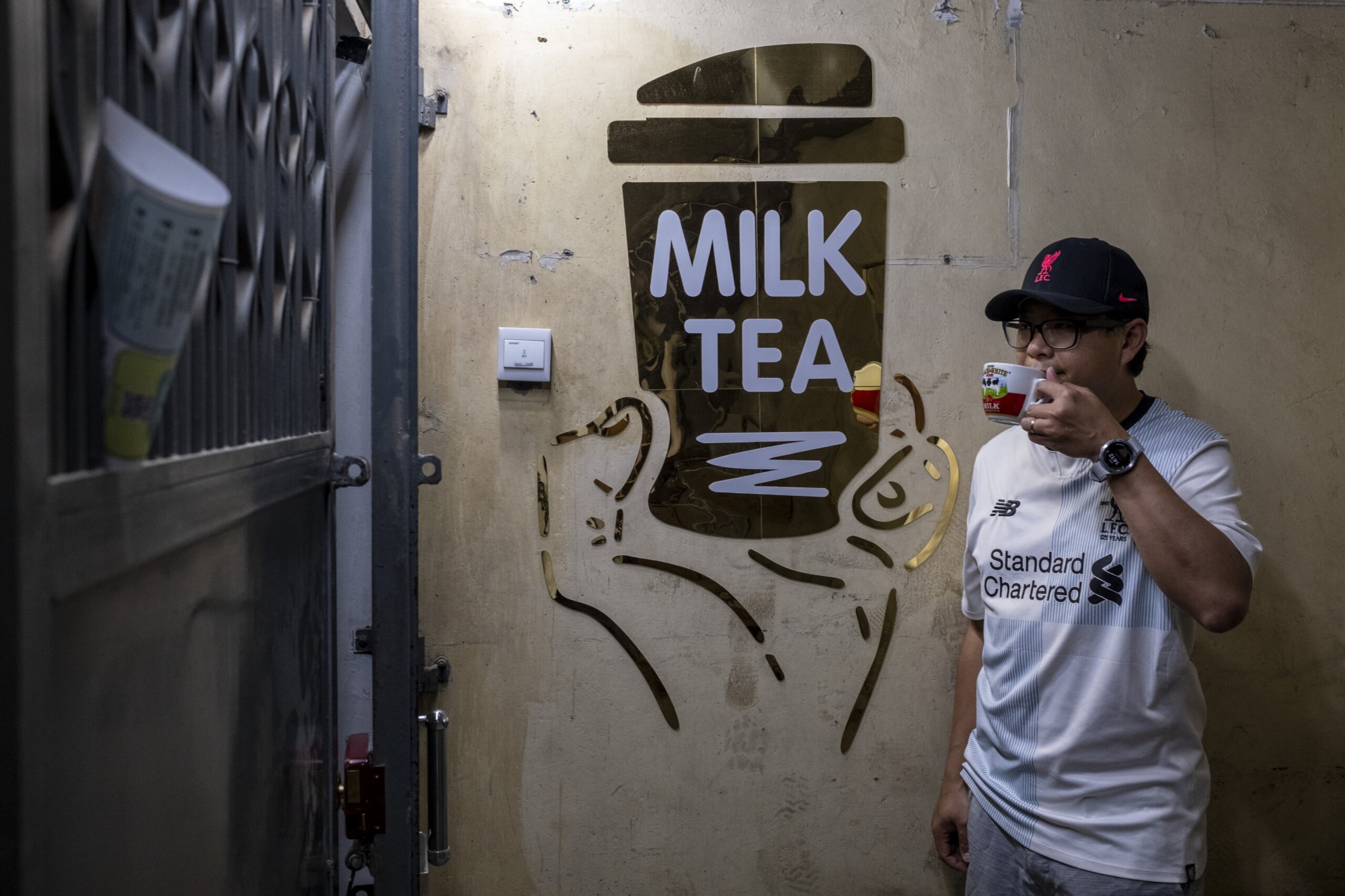 HONG KONG (AP) — In London, Wong Wai-yi misses the taste of home. A year ago, the 31-year-old musician was…

A year ago, the 31-year-old musician was in Hong Kong, earning a good living composing for TV and movies and teaching piano. Today, she makes about half as much in London working part-time as a server alongside her musical pursuits. She chose the job in part because staff meals allow her to save money on food.

It’s a difficult adjustment. And Wong, who left Hong Kong with her boyfriend in January, has turned to a beloved hometown staple to keep her grounded: milk tea. She brings the beverage to parties with Hong Kong friends and gives bottles to co-workers as gifts.

“It’s like reminding myself I am a Hong Konger. It will be fine as long as we are willing to endure the hardships and work hard,” said Wong, who left as part of an exodus that began after Beijing passed a law in 2020 that curtailed civil liberties.

As tens of thousands leave Hong Kong for new lives abroad, many are craving a flavor from childhood that’s become a symbol of the city’s culture: the sweet, heavy tea with evaporated milk that’s served both hot and cold at diner-like restaurants called cha chaan tengs. Workshops are popping up to teach professionals to brew tea like short-order cooks, and milk tea businesses are expanding beyond Chinatowns in Britain.

In Hong Kong, milk tea is an unassuming beverage, something you use to wash down sweet French toast off a plastic plate. It’s so beloved that members of Hong Kong’s protest movement have called themselves part of a “Milk Tea Alliance” with activists from Taiwan, Thailand, and Myanmar, who drink similar beverages.

Following a law that silenced or jailed most political opposition, over 133,000 residents have secured a special visa that allows them to live and work in the U.K. and apply for British citizenship after six years. Official figures have not been released on how many have gone but most recipients are expected to do so, given the visa’s cost.

The pathway was introduced last year in response to China’s 2020 enactment of the National Security Law, which the U.K. called “a clear breach” of the 1984 Sino-British Joint Declaration. The declaration included a promise to retain the former British colony’s rights and freedoms for 50 years after it was returned to China’s rule in 1997.

Exiled activist Lee Ka-wai said that immersing himself at a Hong Kong-style cafe in London with a cup of milk tea was a “luxury.”

The 26-year-old fled Hong Kong in March last year out of fear of being arrested. He is wanted by the city’s anti-graft body for allegedly inciting others to boycott the legislative election in December 2021. As an asylum seeker in Britain, he is not allowed to work and is living on savings.

Even if the taste is right, he said, the feel of a cha chaan teng and the sounds of customers chatting in Cantonese cannot be replicated.

“It’s strange because I can feel a sense of home overseas. But it also has another meaning — there’s something that cannot be replaced,” he said. “What we long for most is to go home and see a better Hong Kong. But we can’t.”

Some emigrants, like Eric Tam, a 41-year-old manager at an insurance company, enroll in milk tea lessons before leaving. Visiting Hong Kong this month, he stocked up on a milk tea blend, a recipe that evolved from British teas in the colonial era.

While tea is easy to find in England, he said, the taste isn’t the same: “British milk tea is just watery milk,” said Tam.

Before moving to Liverpool with his wife and two younger daughters in June, Tam signed up for lessons at the Institution of Hong Kong Milk Tea. The two-year-old organization teaches students skills like pouring tea back and forth between a kettle and a plastic container to enhance its flavor before mixing it with evaporated milk.

Yan Chan, the school’s founder, estimated that about 40% of the 2,000 people who have studied with her were planning to emigrate.

Milk tea only began to emerge as a symbol of the Hong Kong identity over the last 15 years, said Veronica Mak, associate professor at the sociology department of Hong Kong Shue Yan University.

Mak said that many young people began to think about Hong Kong identity after the government removed Queen’s Pier, a landmark from the city’s colonial past, in 2007. Childhood memories, marketing and a fashion for localism came together to make milk tea a totem of Hong Kong culture.

“When you ask young people what kind of milk tea they like to drink, they will tell you it’s the bubble milk tea,” she said, referring to a drink from Taiwan. “But when you come to the identity part … they will not say the bubble tea but the local style milk tea.”

“We can choose to preserve the culture that we want to keep. It cannot be destroyed even if other people try,” he said.

Contemporary Asian tea culture is catching on globally. Outside Chinatowns, at least five Hong Kong-style milk tea brands have emerged over the past two years in Britain. One set up a pop-up cafe in the trendy London neighborhood of Shoreditch in September, attracting Londoners and tourists as well as Hong Kong emigres.

Eric Wong, a tea wholesaler, began selling bottled milk tea in 2021 after moving to the UK, and offers milk tea workshops. He said he’s making 500 to 1,000 bottles of milk tea a week, and his south London business broke even after about six months. His Trini Hong Kong Style Milk Tea products are available online and at major Asian supermarkets.

The taste of home can provoke strong emotions. A young woman from Hong Kong once shed tears after tasting his tea, Wong said.

Between people planning to leave and growing interest in local culture, Chan is busy. On Nov. 3, nine people attended her class, none of whom had plans to emigrate.

Cooking enthusiast Dennis Cheng had a class with her in late September and practiced the signature pouring while preparing to leave Hong Kong with his wife and children.

He said the taste will help remind him of Hong Kong and friends back home.

“This may help me feel emigrating overseas isn’t really that sad,” he said. “It’s just that I need more time to adapt to it.”

Why Adam Sandler had to stop looking at ‘Billy Madison’…