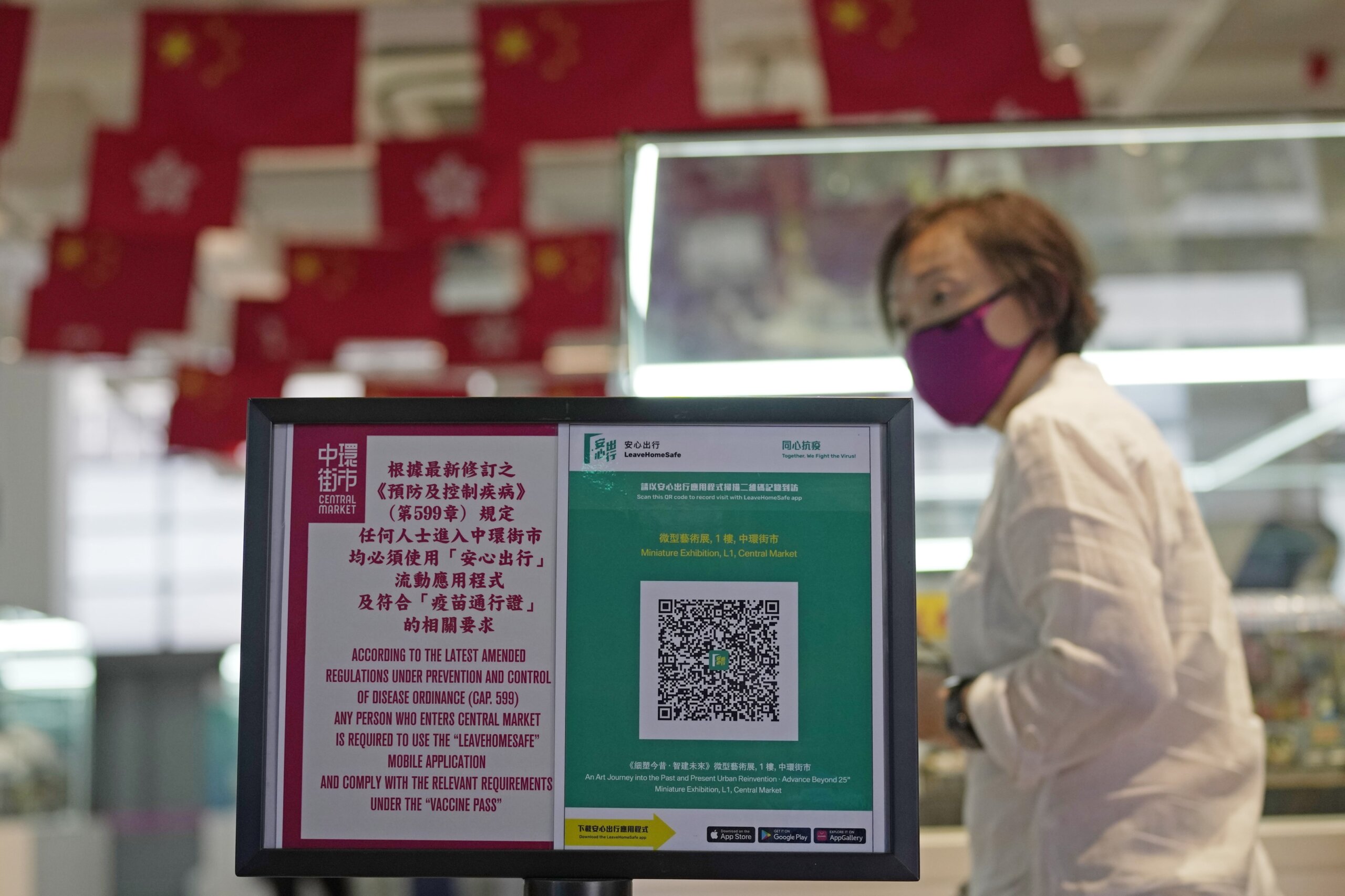 HONG KONG (AP) — Hong Kong leader John Lee on Tuesday defended the city’s plans to implement health codes that would more accurately restrict the movements of inbound travelers and those infected with COVID-19, dismissing concerns that the system could be used as a political or social control tool.

Lee, who spoke at a regular news conference Tuesday, said that the health code plan is part of the city’s objective to adopt “precise strategies to minimize the scope of restrictions.”

“We are a law-abiding place, the government will of course abide by the law,” he said. “Any measures meant for tackling the epidemic will not be used for other purposes, it is not going to happen.”

He was speaking a day after the city’s health chief unveiled plans to implement a health code system in Hong Kong, where those who are infected with COVID-19 would receive a red code, while those under hotel quarantine would receive a yellow code. Those who receive such codes will have their movements restricted.

The city’s health code measures are being considered amid an increase of COVID-19 infections after the city battled its fifth and worst outbreak that spiked its cumulative numbers to over a million infections and over 9,000 dead.

Hong Kong more than 2,700 cases on Tuesday. The city has on average logged over a thousand infections daily since mid-June.

The planned health code system has sparked concerns over privacy and social control after Chinese media reported that mainland Chinese authorities used its health code system to prevent residents from attending a planned protest at a bank in the province of Henan.

Lee said that the health code system is a way of “early identification” of possible infections while affecting the least number of people.

“We aim to allow most people to get on with their lives with a minimum amount of restrictions,” said Lee, adding that only those infected with COVID-19 and inbound travelers will be restricted by the health codes.

Despite Lee’s reassurances about the health code system, some Hong Kong residents remain wary about it.

“This is a massive privacy issue, it’s like placing a target on the back of people who receive red or yellow codes,” said Wong Wing-tsang, 33-year-old Hong Kong resident. “Here, there is still the attitude where people treat those with COVID-19 as outcasts.”

Wong said that the system did not seem to be particularly comprehensive, especially if those who are infected with COVID-19 choose not to self-report their symptoms.

“We’ve had these restrictions for two to three years, but nothing has improved,” she said.

Lee, who became the city’s leader on July 1, has been vocal about Hong Kong taking an intolerant approach to the coronavirus, like China’s “zero-COVID” policy. The city remains one of the few places, together with mainland China, to maintain restrictions such as a mandatory quarantine period as much of the world has opened up.

“In the long run, I think we have to be realistic about what kinds of risks we may be facing,” Lee said.

But some experts say that the health code system has only a very limited impact on preventing the spread of the omicron variants that are driving outbreaks in the rest of the world.

“Look at the objective facts, in mainland China and Macao, they have had the health code system running for quite some time and yet we are seeing the importation of various variants into different cities,” said Dr. Leung Chi-chiu, a respiratory specialist. “COVID-19 is not something that we can prevent using a health code and that is the objective reality.”

He said that authorities should work on boosting vaccination rates among high-risk groups such as the elderly and the very young, and that if the city wants to open up to the rest of the world while keeping outbreaks in check, it has to first start by relaxing social distancing restrictions to build up immunity among its residents.