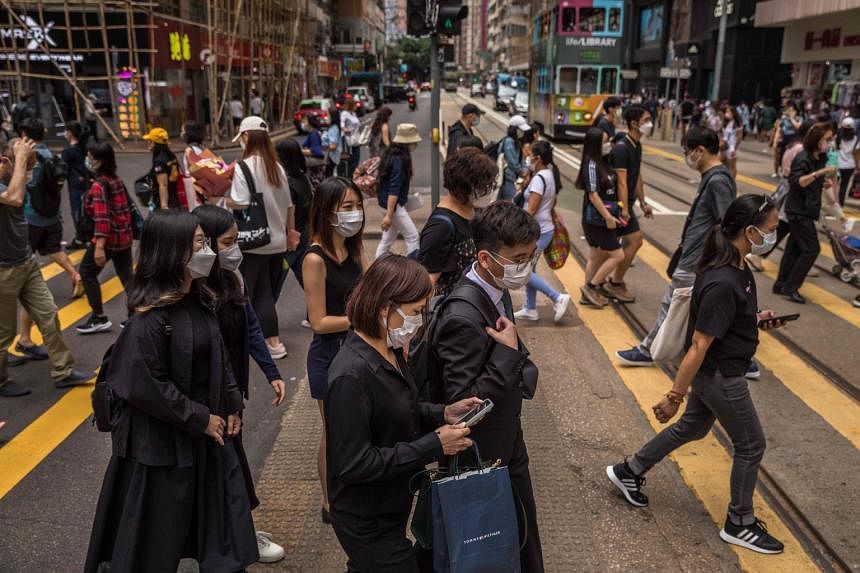 HONG KONG (BLOOMBERG) – Hong Kong recruiters are struggling to hire overseas graduates for the financial services and legal industry in another sign the Asian hub is losing its luster.

Amid a clampdown on dissent and stringent Covid-zero policies, the Chinese territory has seen an exodus of experienced financial professionals. Now headhunters say junior talent for investment banks and law firms is also harder to find and retain, with global recruitment firm Ambition reporting a 40 per cent decline in candidates for entry-level positions compared to before the pandemic.

Among those leaving Hong Kong is 21-year-old Goldman Sachs analyst Sparsh Singhal, who is relocating to Singapore just one year after graduating so he can visit his family in Indonesia without the hassle of quarantine. “I didn’t really want to leave Hong Kong,” he said. “But every time I think of going back to visit my family or they think about coming here, quarantine just takes up all of our leave.”

Hong Kong’s leading universities have long attracted students from around the world, with such graduates adding to the local talent pool and bringing diverse skills including regional languages such as Korean, Japanese, Hindi or Bahasa. But enrollments of international students, excluding those from mainland China, across the top three universities have dipped for the first time in a decade, falling from 3,977 in 2019/20 to 3,803 in 2020/21, the latest data available.

Jenny Yuen, a business manager at Ambition, said her inbox used to be crammed full of inquiries from entry-level applicants – typically people with zero to three years of working experience. But since last year, she’s had to go hunting, with many graduates saying they’re not seeking opportunities in Hong Kong.

“This has been the worst year,” she said, contrasting the current lack of supply with 2018 and 2019 when “fresh graduates were all over job ads.”

Ellen Lai, regional director at Page Personnel in Hong Kong, said the firm has seen a 30 per cent decline in the number of international students outside of Asia who graduated in Hong Kong and stayed for jobs. The bar for staying is now much higher, with only exceptional job offers stopping such graduates leaving the territory, she said.

Not everyone is struggling, however. Bill Winters, the chief executive officer of Standard Chartered, told Bloomberg TV on Friday (July 15) the bank had seen more expats coming into the city than leaving in the past year or so. Citigroup said in February it had increased its staff in Hong Kong by more than 300 in the prior 12 months, a third of which were recruited or transferred from overseas.

Nevertheless, recruiters say the brain drain is apparent across all experience levels. Recruitment agency Morgan McKinley said it has seen a 60 per cent drop-off in interest across entry-level to experienced hires, on a rolling six-month basis to the end of June. Candidates said they were leaving, or looking to leave Hong Kong, said Rob Sheffield, Greater China managing director at the company, whose clients include investment and corporate banks and hedge funds.

Agencies have also seen young talent move to the UK, which has special visa schemes for graduates of the world’s top 50 universities, including two Hong Kong institutions.

“There’s a lot of disillusioned young people in Hong Kong who have taken up the opportunity to do a masters or further education abroad,” said Abby Tempest, associate director at Oliver James, who counts Morgan Stanley and Deutsche Bank among her clients. Many of them hope to “get a role internationally as opposed to targeting opportunities within Hong Kong.”

Miriam Margolyes reveals she has new-found respect for Aussie bogans