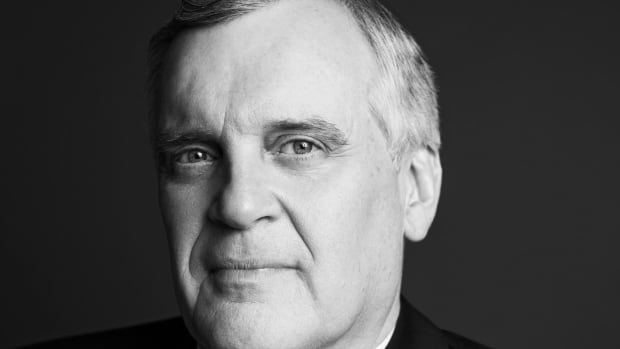 An inspiring mentor. A humble friend. A trusted advisor and advocate.

To colleagues, friends and members of the disability community in Ontario, David Onley was all those things. To the broader Ontario public, he was the province’s 28th lieutenant-governor — the first with a physical disability to hold the post — known for making accessibility and inclusion a central theme in his seven years in office.

He died Saturday at the age of 72. Now, friends and advocates say it’s up to the Ontarians to carry the torch he left behind.

“There is a lot of work to do. And what he did so well was invite people to be part of the solution,” said Maayan Ziv, a disability activist and friend of Onley.

“It’s up to us now to hear that call and to move forward, to act on the things that he cared so much about.”

Ziv says honouring Onley’s legacy is not only about remembering the “larger than life” man that he was, but taking on his fight for increased accessibility in the province and Canada at large.

The former broadcast journalist left behind a critical review of the province’s progress in implementing its main accessibility legislation that aims to make Ontario fully accessible by 2025 — something those in the disability community say the province is not at all on track to meet.

“The intention was to be fully accessible by January 1st, 2025 and quite honestly, we’re nowhere near there,” said David Lepofsky, chair of advocacy group Accessibility of Ontarians with Disabilities Act (AODA) Alliance.

“His legacy is a powerful road map … on how to tear down the barriers facing people with disabilities. We just need government to honour that legacy.”

In his 2019 report to the Ford government, Onley said the “glacial pace of change” over the past 14 years has left the disability community “deeply disappointed and filled with anger.”

In Ontario, about 1 in 4 residents have disabilities and face various types of challenges accessing things in their every day life, according to the provincial government. Things are only expected to worsen in the coming years for this group, Onley has said, as the province starts to grapple with an aging population.

“This government can change that and your fellow citizens with disabilities are asking you, pleading with you to do so,” Onley wrote in his 2019 report.

“Please don’t let us down!”

Onley left 14 recommendations for the Ford government to implement, including making accessibility a responsibility shared by all ministries, introducing tax incentives for accessibility retrofits to buildings and establish a complaint system for reporting accessibility violations.

While progress has been made since then, in February, Onley made note of the lack of firm dates and commitments in the Advancing Accessibility in Ontario framework, which aims to improve accessibility in the province and was informed by the recommendations in Onley’s report.

Ontario Premier Doug Ford issued a statement Sunday saying he was “deeply saddened” to hear about Onley’s death, making note of his tireless work to raise awareness of accessibility issues.

“His contributions to the province and his unwavering commitment to public service will long be remembered and celebrated,” reads the statement.

In a statement Sunday, a spokesperson for the Ministry for Seniors and Accessibility said it will continue to “regularly” review the AODA and consider new accessibility standards or amend existing ones beyond 2025.

“Since 2018, Ontario has collaborated with the disability community, businesses and other partners to develop skills-based training and job placement opportunities, including through the Ontario Employment Assistance Services program,” it reads.

“Achieving accessibility is an ongoing and collaborative effort and this government is working with our partners to achieve our goal to make Ontario more accessible.”

Anthony Frisina of the Ontario Disability Coalition says he met Onley when he first became lieutenant-governor, and later got to know him more last year when he got the chance to interview him for a community cable program in Hamilton.

“He really just gave me the confidence to know that I was doing things correctly, pushing things in the right direction and continuing to be an advocate,” said Frisina, who said he lifted everyone up, not just those with disabilities.

“We may not be able to achieve full accessibility by January 1st, 2025. But in his honour and his memory, I think we need to continue to build that momentum.”

4 ways parents can cut their child care costs in 2023

14,000 beds are still occupied by patients fit enough to be discharged, so how busy…