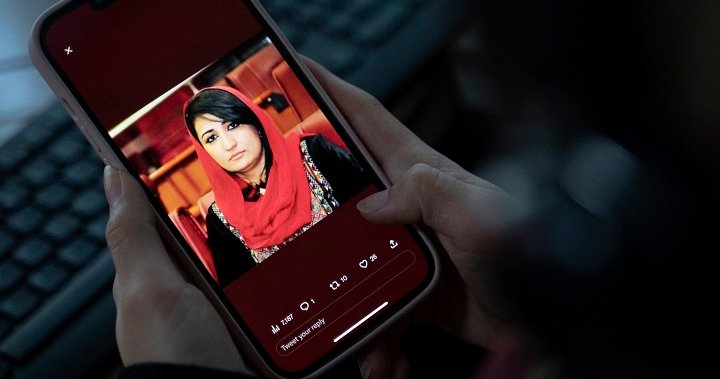 Canada is calling for justice after former Afghan parliamentarian Mursal Nabizada, a fierce advocate for women and girls in the region, was murdered in her Kabul home on Sunday.

“We condemn the murder of Mursal Nabizada, a former Afghan parliamentarian, who bravely fought for the rights of women and girls,” the statement read.

“We offer her loved ones our most sincere condolences. We stand with them in pursuing the accountability they deserve. The perpetrators of this horrific crime must be brought to justice.”

Inside an Italian mob boss’s ‘regular life.’ What authorities discovered after arrest

Nabizada was among the few female parliamentarians who stayed in Kabul after the Taliban seized power in August 2021. Police say one of her bodyguards was also killed in the attack on Sunday.

The example Nabizada set, the ministers’ offices wrote, will “continue to be an inspiration for those fighting for change and human rights across the world.”

“Canada will continue to advocate for a coordinated effort by the international community to support Afghan women and Afghan human rights defenders and to pressure the Taliban to uphold human rights,” the statement went on to say.

Nabizada’s killing has prompted a fresh wave of calls to bring Afghan women — ones who were lawmakers before the Taliban takeover — to Canada.


An all-party group of six MPs released a joint statement on Monday saying they’ve worked together since last October to bring the remaining female former lawmakers to safety. The “brutal gender apartheid system” in Afghanistan, they said, is growing more dangerous by the day.

“For the sake of the lives of these eight women, we urge the Canadian government to act on this matter urgently and take immediate action to assist in getting these women to safety,” the statement read.

In the statement sent to Global News, the ministers’ offices reiterated the government’s pledge to resettle “at least 40,000 Afghan nationals by the end of 2023.”

“We’ll continue to do everything we can to welcome Afghans safely and quickly.”

That effort, the statement added, includes working with opposition MPs on the issue — and to “bring more women leaders to Canada.”

Recession will be ‘deeper’ than first thought, but job loss will be minimal: Deloitte

Still, some opposition MPs questioned whether the government’s efforts are enough. In a tweet on Sunday, NDP MP Heather McPherson — one of the MPs behind the joint, all-party statement — called Nabizada’s killing “heartbreaking.”

“For months, I have worked with MPs from all parties to bring Afghan MPs still trapped in Afghanistan to safety to Canada,” she wrote.

“I can’t help but wonder if MP Nabizada would be alive today if the gov’t had acted faster.”

Meanwhile, with each passing day, the Taliban continues its crackdown on women’s rights in the region.

After their takeover, the Taliban initially said they would not impose the same harsh rules over society as they did during their first rule of Afghanistan in the late 1990s.

But they have progressively imposed more restrictions, particularly on women.

They have banned women and girls from schooling beyond the sixth grade, barred them from most jobs and demanded they cover their faces when outside.

— with files from The Canadian Press, The Associated Press.