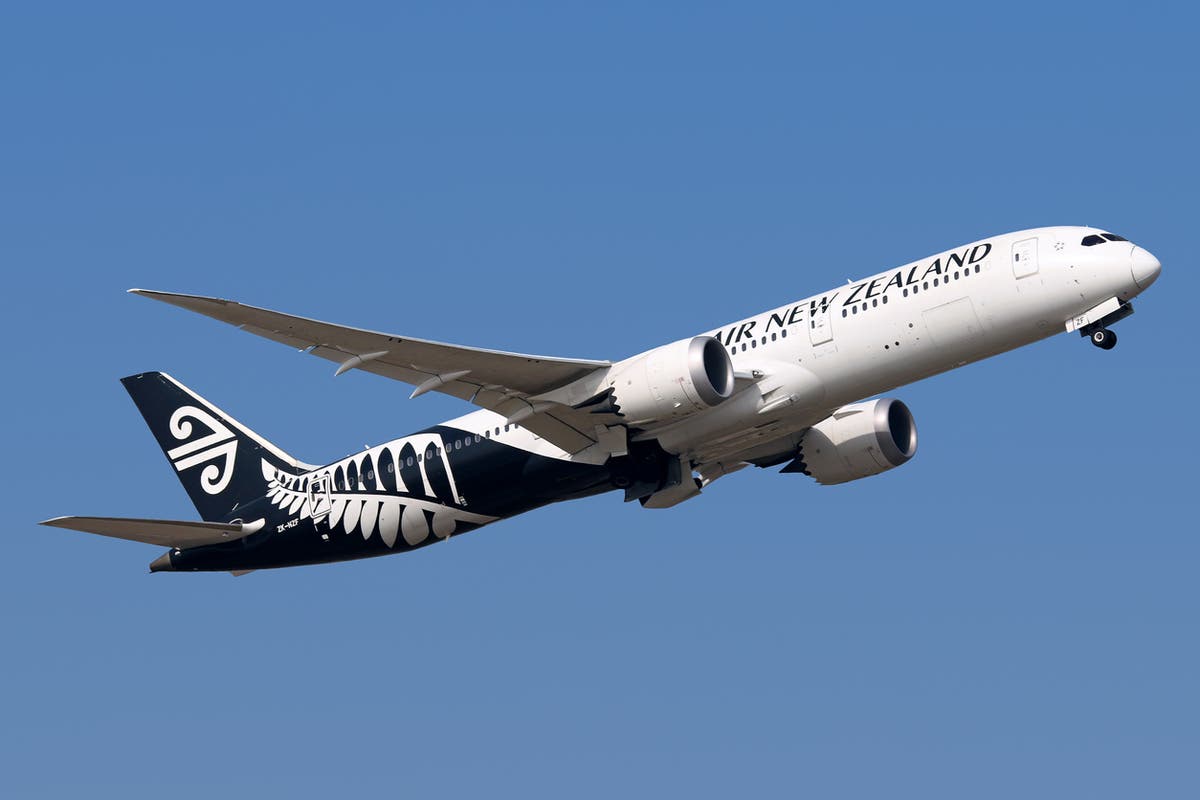 Passengers on an overnight flight from Los Angeles to Auckland were shaken up when they awoke to oxygen masks dropping from the cabin ceiling.

Frequent flyer Morgan Kelly said the Air New Zealand flight over the Pacific had been “totally uneventful” until the “insane” wake-up call.

“All the flight attendants have to snap into it as if it was an emergency. Everybody was so shocked, including them – it was quite crazy,” she told reporters.

Ms Kelly said she saw two fellow passengers who appeared to be having panic attacks, one of them collapsing in the plane aisle.

Everyone quickly put on their masks, she recalled, before “a harrowing 15 minutes of nobody knowing what was going on.”

“I think in my mind I was expecting to freak out. It was just ‘Bury it, bury it’. I was listening to the sound of my heartbeat,” she continued.

“We listened to the captain calling to the flight deck, asking us to put on our masks and follow instructions.

“He finally announced that they had double-checked everything and it seemed fine.”

The atmosphere was tense for the rest of the journey, which still had three hours to go, she said.

“People were quiet – but quietly scared.

“It was three hours to land, and with them telling us about the weather in Auckland people were gripping their seats a little tighter.”

The airline’s chief operational integrity and safety officer Captain David Morgan said the masks had been deployed due to a sudden dip in altitude as the aircraft lowered to avoid turbulence.

The aircraft descended from 34,000 feet to 27,000 feet, causing the masks to deploy automatically while many of the passengers were still asleep.

“We are sorry for the alarming wakeup call on this flight. This was not an emergency situation and the oxygen masks were not required.

“While our cabin crew and pilots worked quickly to reassure everyone on board, we know it was distressing for our customers.”

Ms Kelly told reporters: “The captain mentioned that lots of the flight attendants had never dealt with this before – oxygen masks only deploy if there’s significant altitude drop or really severe turbulence.”

She said the oxygen masks proceeded to dangle above passengers’ heads for the rest of the flight before they could be reset by cabin crew after the flight landed at 5am.

“I’ve never been more thankful to be on the ground,” said Ms Kelly.

How To Tell If Your Chest Pain Is A Heart Problem