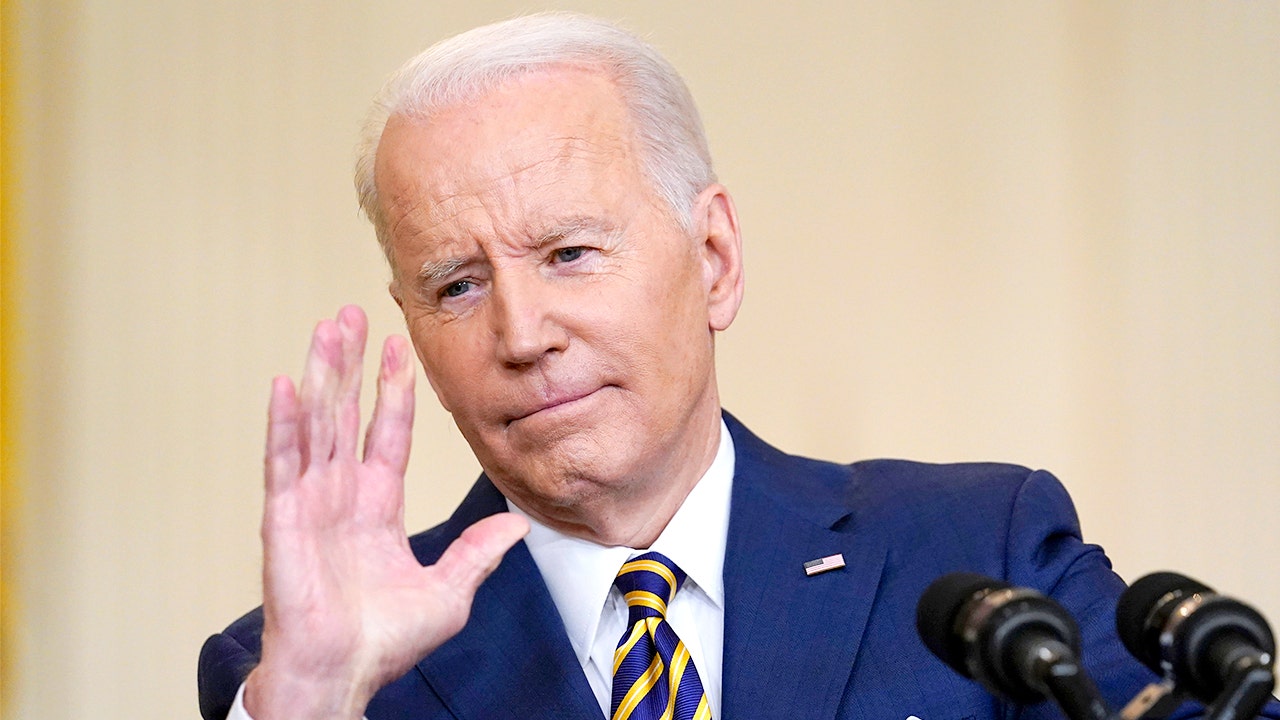 House Democrats, who are calling on Rep.-elect George Santos, R-N.Y., to resign for lying about his résumé and educational background on the campaign trail, previously endorsed President Biden’s 2020 campaign despite his decades-long history of fabrications, including embellishments about this college career that helped derail his 1988 presidential campaign.

Santos, who defeated Robert Zimmerman in the November general election, had falsely claimed he graduated from Baruch College and worked for Goldman Sachs and Citibank. After an investigation by the New York Times revealed major portions of his biography were fabricated, Santos’ purported employers confirmed to Fox News that he never worked for them, and Baruch College said he never attended there.

Santos admitted he lied in an interview Monday with the New York Post.

“I am not a criminal,” he said. “I’m embarrassed, and sorry for having embellished my resume.”

A curiously small handful of House Democrats pounced after Santos admitted to lying, calling for him to resign from Congress or be forced to do so by Republican leader Kevin McCarthy, R-Calif.

Rep. Eric Swalwell, D-Calif., said Santos should be “banned from taking the oath for Congress.”

Rep. Ted Lieu, D-Calif., said McCarthy should call for a vote to expel Santos in the next Congress, assuming that the Republican leader is elected speaker of the House in the new GOP majority.

“George Santos should resign as Congressman-elect. If he refuses, Congress should expel him. He should also be investigated by authorities,” tweeted Rep. Joaquin Castro, D-Texas. “Just about every aspect of his life appears to be a lie. We’ve seen people fudge their resume but this is total fabrication.”

“George Santos represents more than an individual case for American democracy,” Castro continued. “If he’s allowed to serve there will be more who seek office up and down the ballot who will believe that they can completely fabricate credentials, personal features and accomplishments to win office.”

“Total fraud about academic and professional credentials, religion, sexual orientation, etc. It doesn’t appear he lied about being Latino, unfortunately,” he added.

Biden has been criticized for fabricating stories for decades, from claiming to having been arrested in apartheid-era South Africa to being “shot at” in Iraq to being in a helicopter that was “forced down” by al Qaeda in Afghanistan.

Most recently, Biden was slammed after telling the hurricane-devastated island of Puerto Rico that he had been “raised in the Puerto Rican community at home, politically,” in Delaware.

Biden’s tall-tale telling first came to light during his failed 1988 presidential campaign after he was busted for lying about his academic record and plagiarizing speeches on the campaign trail, which ultimately derailed his bid.

Biden later admitted that, in fact, he graduated at the bottom of his class, had only a partial scholarship and graduated with only one degree.

President Biden gestures as he speaks during a news conference in the East Room of the White House in Washington, Wednesday, Jan. 19, 2022.
(AP Photo/Susan Walsh)

Despite his controversial history of stretching the truth, Swalwell, Lieu and Castro all endorsed Biden’s 2020 presidential campaign. Their offices did not respond to Fox News Digital’s requests for comment on the apparent double standard, which is being debated on Twitter.

The Dispatch’s Jonah Goldberg tweeted, “I think Santos is a total embarrassment and has no place in public life. But a lot of folks on this site dinging him seem to have forgotten how much both the current president and his predecessor ’embellished’ about their accomplishments.”

BIDEN SAYS HOUSE BURNED ‘WITH MY WIFE IN IT,’ ADDING TO LONG LIST OF EMBELLISHED STORIES

MSNBC’s “All In” host Chris Hayes jumped in to defend Biden’s lies as “normal politician bs-ing.”

“I think there’s a line between ‘normal’ politician bs-ing and conman serial lying, and he’s got infractions on either side of that line,” Hayes said of Santos. “I mean it would have been a pretty big deal if it turned out Joe Biden didn’t actually have a law degree!”

The White House did not respond to Fox News Digital’s request for a reaction to the comparisons or whether Biden supported calls for Santos to resign.

However, House Democrats at large have remained noticeably silent on the controversy. So have Republicans, with the exception of Rep. Marjorie Taylor Greene, R-Ga., who argued on Twitter that the “real reason they’re attacking George Santos is that he the first openly gay Republican elected and they hate him for it.”

Santos is also accused of lying about his Jewish heritage, prompting the Republican Jewish Coalition to bar him from appearing at any of its events. Many conservatives equated the controversy to Sen. Elizabeth Warren’s false claims of Native American heritage.

Liberal news website Raw Story defended Warren in a tweet, arguing that the “difference is Warren is from a place where everyone tells stories of Native heritage. Santos knew he was lying.”

Warren’s office did not respond to Fox News Digital’s request for a reaction to the criticism or whether Biden supported calls for Santos to resign.

Jessica Chasmar is a digital writer on the politics team for Fox News and Fox Business. Story tips can be sent to [email protected]

Denial of responsibility! Planetcirculate is an automatic aggregator around the global media. All the content are available free on Internet. We have just arranged it in one platform for educational purpose only. In each content, the hyperlink to the primary source is specified. All trademarks belong to their rightful owners, all materials to their authors. If you are the owner of the content and do not want us to publish your materials on our website, please contact us by email – [email protected]com. The content will be deleted within 24 hours.