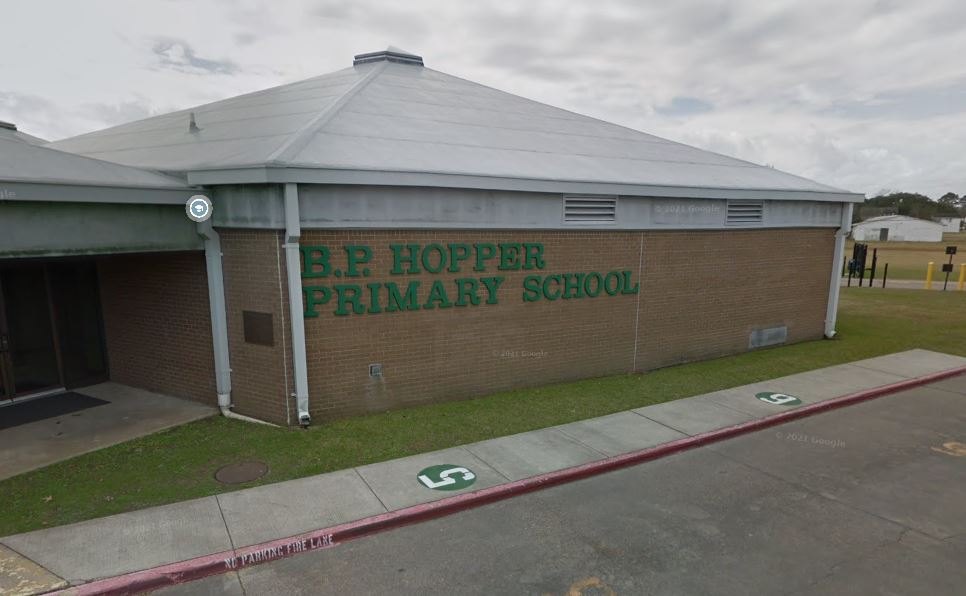 Officials at a Houston area school district hired an elementary school teacher they knew was under investigation for allegedly abusing a student at a previous post, ABC 13 reported Thursday.

In spring this year, Melody LaPointe, 47, was offered a job at Goose Creek CISD’s Bonnie B. Hopper Primary School in Highlands, Texas, located about 30 minutes east of Houston. LaPointe started at the school in August but was placed on administrative leave earlier this month, when Liberty County Constables arrested her at the school as classes were letting out for the day on Nov. 16.

According to ABC 13, Hopper Primary parents received an email from the district the following day stating “the cause for arrest…is not affiliated with Goose Creek CISD in any way,” and that the teacher had been “placed on administrative leave with pay, pending the outcome of an investigation.”

LaPointe and two former instructional assistants who worked with her are now facing charges for four counts of abandoning or endangering a child, ABC 13 reported. The charges stem from LaPointe’s alleged abuse of a student in 2021 at her previous job with Liberty ISD, located about an hour northeast of Houston. According to ABC 13, LaPointe and the assistants stand accused of isolating a student and depriving them of food and water, to the point that the student resorted to consuming their own urine and feces.

Days after news of the charges against LaPointe surfaced, Goose Creek CISD communications director Kristyn Hunt Cathey told Hopper Primary parents in a letter that the district knew about an ongoing investigation into LaPointe’s alleged abuse at her Liberty ISD post when she was hired by Goose Creek.

“The teacher… made the district aware there was an investigation for an incident in Liberty County that she expected to be concluded shortly,” Cathey wrote in the Nov. 28 letter, according to ABC 13.

“Additionally, the teacher provided documentation from the Texas Department of Family Protective Services that an allegation of neglectful supervision had been ruled out,” Cathey continued, adding that Goose Creek officials “contacted [LaPointe’s] previous district who provided an excellent recommendation,” and that “the district’s background check, which included a criminal background check, did not reveal any criminal history.”

Liberty ISD told ABC 13 in an earlier statement that “We immediately reported the matter to law enforcement and CPS, removed the educators who continued to work for us from the classroom, and conducted a comprehensive investigation. Based upon our investigation, we reported the educators to the State Board for Educator Certification and shared our results with law enforcement officials.”

According to ABC 13, the Texas Education Agency said LaPointe also had an investigatory flag on her Texas Educator Certificate.

Goose Creek CISD is now conducting its own investigation into LaPointe and will decide her employment status with the district based on what they find, according to ABC 13.

Neither Goose Creek CISD nor Liberty ISD immediately responded to requests for comment.