How and why Temasek became a major agrifood investor 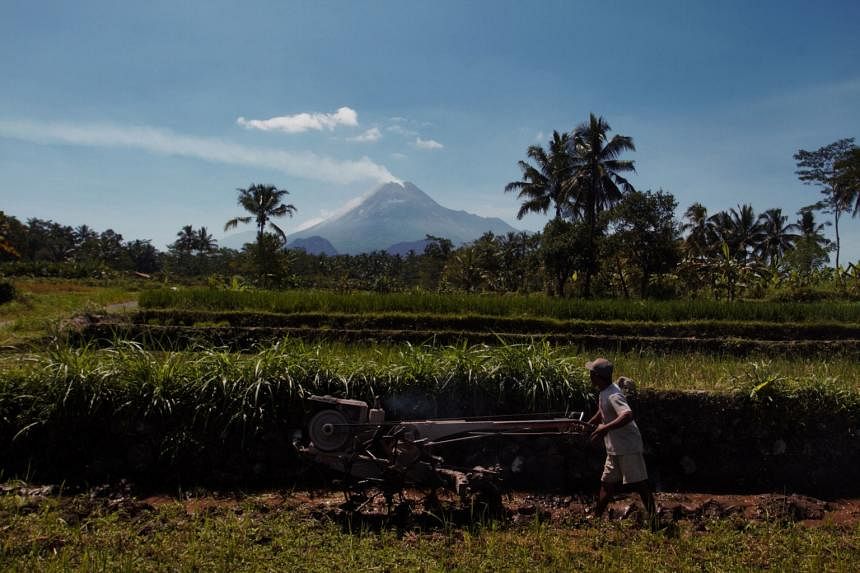 SINGAPORE (BLOOMBERG) – Temasek Holdings chief executive Dilhan Pillay runs a $403 billion state-owned investment empire. But every quarter he spends up to two hours chatting to a man in Indonesia about fish.

Those lengthy calls with Bandung-based eFishery, a start-up so small it only accounts for 0.01 per cent of Temasek’s portfolio, are emblematic of its quiet zeal for the business of food. The precarious state of the world’s food supply, highlighted by sizzling heatwaves that are wilting crops in Europe, China and the United States, has found an unlikely crusader in Singapore, a small island with hardly any agriculture at all.

Under its relatively new CEO Mr Pillay and head of agri-food Anuj Maheshwari, Temasek has doubled down on an agriculture strategy involving ambitious investments – including efforts that take control of some businesses – to try and reap profits from solving some of the biggest problems in food production. Since 2015 it has quietly grown its life science and agriculture holdings from about US$5.7 billion (S$7.9 billion) to US$26.7 billion as at March this year, spanning everything from plant-based meat maker Impossible Foods and Bayer to Israeli irrigation firms.

“When we started looking at this, most of our peers were not focused on this industry because it tends to have government influence, it’s volatile and it involves land, which can be capital intensive,” Mr Maheshwari said in an interview.

But if we do not create a system that is more efficient and resilient to climate change the food security of the planet is at risk, he added.

Almost half of the earth’s habitable land, 70 per cent of its fresh water and 30 per cent of the workforce is used for agriculture, said Mr Maheshwari.

“Despite such massive resources, this industry produces a third of greenhouse gases, and a third of what it produces actually just goes to waste,” Mr Maheshwari said. “These are massive challenges that are very ripe for the kind of capital that we bring in.”

Singapore produces only about 10 per cent of its food, and while it is trying to lift that to 30 per cent by investing in technologies such as offshore fish farms and vertical farming, the only way to guarantee long-term supply in the face of climate change and disruptions such as the war in Ukraine is to build complex and redundant supply chains.

When Malaysia – supplier of a third of Singapore’s chicken – banned most exports in June to keep domestic prices down, Singapore added suppliers of frozen chicken from Indonesia to supplement imports from Brazil, Thailand and Australia to soften the blow.

“Who knew the Ukraine war would happen and we would not have any chicken?” Mr Maheshwari said. “The reality is it’s not just a long-term thing but also a short-term thing.”

Temasek started systematically backing agriculture ventures in 2015, putting it well ahead of many other state-owned investors, according to Global SWF managing director Diego Lopez.

“The entry of Temasek and big financiers has been incredibly important, with new efforts and technologies being enabled as part of the drive,” Mr Lopez said. “Commodities and food security have traditionally been a big concern for small nations that do not have enough farmland. Geopolitical crises and deglobalisation trends only make it worse.”

Temasek’s strategy has been to blend financial clout with extensive market and climate analysis and to provide entrepreneurs with one of Asia’s most potent networking rolodexes.

When US-based Impossible Foods was trying to expand abroad in 2019 for example, Temasek served up its plant-based burgers at the sovereign fund’s plush corporate box at the city’s Formula 1 street race. As Ferrari and Red Bull racecars shot past, Impossible’s first employee Nick Halla and his team faced a rapid-fire night of networking with up to a dozen Temasek executives introducing A-list contacts from across the region.

“We were able to have weeks’ worth of follow-up meetings” with food companies, supply chain contacts and customers, said Mr Halla, who left the company recently to work on climate change-related ventures. “Things like that are really high value.”

By 2017 Temasek was leading the start-up’s Series E funding round.