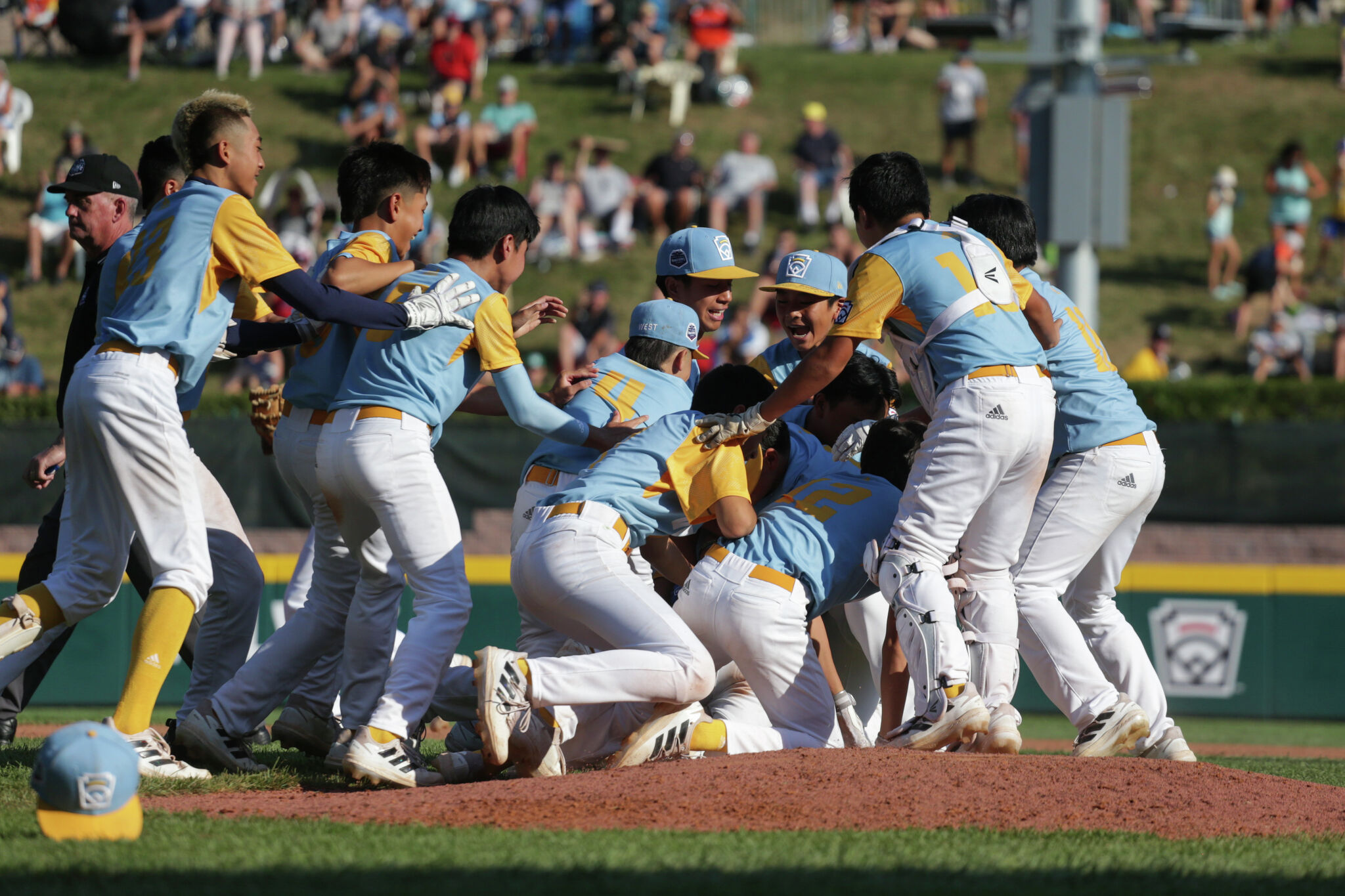 After the Honolulu Little League team won the Hawaii State Tournament earlier this summer, the players approached manager Gerald Oda with a question.

The veteran skipper, who coached the last winning team, was quick to slow their roll. “Hey, we haven’t even won regionals yet. Win that, then maybe we can start comparing.”

A couple of weeks later, Honolulu breezed through the West Region Tournament to advance to the Little League World Series in Williamsport, Pennsylvania.

Again, Oda was noncommittal. “We haven’t won the World Series yet,” he reminded the 11- and 12-year-olds.

On Aug. 28, Honolulu completed its dominant run through the LLWS. The team went 5-0 in the United States bracket before beating international bracket winner Curaçao 13-3 for the world championship.

It may have been the most dominant performance in LLWS history. Honolulu outscored their opponents 60-5 in the six contests. Four of their games ended via “mercy rule,” including the title game. The team only trailed once in the entire tournament — Curaçao led, 1-0 — and that deficit lasted only a half inning.

The team even played without their manager for part of the tournament, as Oda missed the first three games after testing positive for COVID.

“We had an amazing run,” the 54-year-old Oda tells SFGATE. “We’re just so happy for these kids and proud of what they accomplished.”

This was Oda’s second LLWS championship in four years. His 2018 Honolulu team was similarly remarkable, going 5-0 and posting 3-0 shutout wins in both the U.S. championship contest (over Georgia) and in the world title game (over South Korea).

The 2005 win by the West Oahu Little League team paved the way for Hawaii’s players, and the momentum hasn’t slowed. Each new win adds more gas to the fire, lighting the way for other young players who want to follow in their footsteps.

“It really made a difference when [the 2005 team coach] Layton Aliviado, when they were the first team to win the World Series. You know like anything, you need something, proof, to show that ‘hey, we can do this,’ and that of course broke that ceiling that ‘hey, we can play good baseball,’” Oda told ESPN Honolulu after this year’s win. “When I first started my coaching career, the goal was to just go to Western regional, that was the goal, you know. Now it’s not just go to Western regional, it’s go win the World Series.”

But this isn’t the only reason why Hawaii’s teams excel.

Matt Apana, a standout pitcher for the University of Hawaii in the early 1990s, says Hawaii’s tropical climate is a big advantage.

“The weather here is basically good 12 months of the year, and that’s very conducive for baseball,” Apana tells SFGATE. He later played several seasons in the Seattle Mariners’ organization. “Hawaii kids are able to play year round, giving them the opportunity to develop their skills much faster and at an earlier age. And with more repetition, the kids are able to develop better coordination and body control. I think that’s a big part of it.”

Oda is quick to credit his fellow coaches in Hawaii’s baseball community.

“We have an impressive amount of good baseball coaches throughout the state,” he says. “There are great coaches here at every level, and in every area on Oahu, Maui, Kauai and the Big Island. We can be fierce rivals, but in the end we all want what’s best for the kids. So we embrace this culture of everybody helping everybody.”

Hawaii also has a rich baseball heritage to draw from, dating back to Wally Yonamine, the Maui native who became the first American to play professional baseball in Japan after World War II.

Oda rattles off the names of other “local boys” who made it big in the game of baseball: Shane Victorino. Kurt Suzuki. Benny Agbayani. Sid Fernandez. Kolten Wong.

But, there’s no getting around it: Success breeds success.

“Without a doubt, the 2018 team laid the foundation for this year’s team,” Oda says. “These kids were 8 years old when they watched the 2018 team win the championship. And when we returned home and got off the plane, some of the first people we saw were kids from the 2018 team. They brought leis for the players and celebrated with them. Even before we left for the tournament, [2018] guys like Sean Yamaguchi and Mana Lau Kong would come to our practices and talk to the team.”

As for comparing his two championship teams, Oda says that is an impossible task.

“It would be like comparing apples to oranges,” Oda explains. “We had 13-year-olds on our 2018 team. (The cutoff age was changed to 12 in 2019.) The competition level was a bit different. So I really can’t compare the two teams. Each is special in its own right.”

Oda says both championship squads embraced the challenge of being ambassadors of aloha on and off the field. Each player bought into Oda’s motto of “WE>ME.”

“As coaches, we’re always mindful that these are 12-year-old kids,” he says. “They were facing tremendous pressure. But we tried to frame it in a certain way and tell them, ‘Hey, you’re not here to be a superstar and show everybody how good you are. You are representing Hawaii. You’re representing something bigger than yourself. It’s about wanting to show how great our state is.’ And that approach seems to work. It helps them to be more focused and stay grounded.”

Although this year’s LLWS is in the history books, Oda has one last challenge for his team.

“We told the kids, ‘The 2018 team inspired us. Now it’s your turn to do the same thing,’” Oda says. “We have to help show the way for future Hawaii teams, whether they’re in Honolulu or on Maui or wherever.

“We need to inspire the next group of kids to dream big.”

GOP Senate hopefuls look to emerge from a summer slump, but fall recriminations are already flying

Some abortion bans put patients, doctors at risk in emergencies

The 25 best aurora pictures of 2022, from Michigan to New Zealand via Iceland

‘I’m not going to roll out the red carpet for…