How in vitro fertilization could be derailed by abortion restrictions 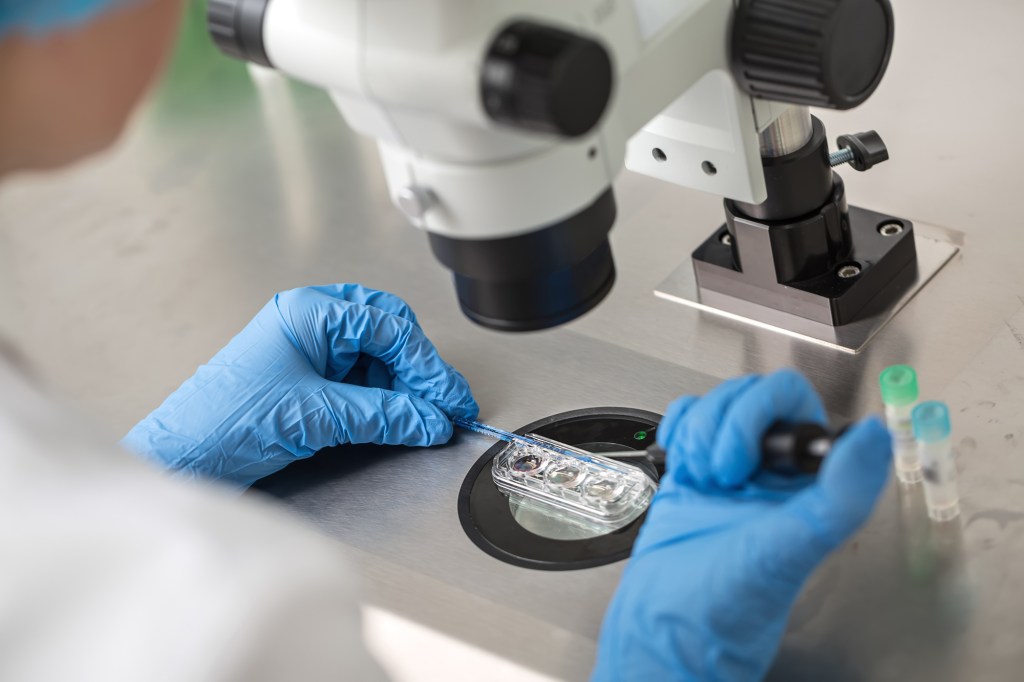 A few days after the Supreme Court overturned Roe v. Wade, Boston IVF, a fertility company with centers in six states, posted a statement that speaks to the havoc this decision will wreak not just for abortions, but for other forms of reproductive care.

The statement says: “Firstly and thankfully, our New England and New York IVF centers are NOT located in ‘trigger’ states.” It also recognizes that “the definition of ‘personhood’ and the rights of embryos may be affected” in states with trigger laws to outlaw abortion once Roe fell. Kindbody, another multistate fertility company, has begun moving cryopreserved in vitro embryos out of abortion-hostile states such as Missouri. Shady Grove Fertility, located in eight states and Washington, D.C., is developing “workarounds” to address legal risks that abortion bans pose, the Wall Street Journal reported.

In vitro fertilization and other fertility services seem separate from, even opposite to, abortion. People use IVF in hopes of having a child, not terminating a pregnancy. The new post-Roe laws do not explicitly mention lab-created embryos. Yet many abortion bans define “unborn child” or “person” with reference to fertilization. For example, a now-dead bill introduced in the Louisiana Legislature this year sought to “ensure the right to life and equal protection of the laws to all unborn children from the moment of fertilization by protecting them by the same laws protecting other human beings.” The bill spoke of “prenatal homicide,” assault and battery.

Several IVF practices put embryos at risk, making the practice vulnerable to legal challenges in abortion-hostile states that view life as beginning at fertilization. The practice most obviously comparable to abortion, and so potentially a target for IVF restrictions, is selective reduction. IVF can result in a multiple pregnancy, which increases risk to the pregnant person and to the fetuses. Selective reduction is used to eliminate some embryos to continue the pregnancy with fewer fetuses.

Requiring patients to have clinics create and implant just one embryo at a time, to avoid destroying other embryos, significantly reduces the procedure’s likelihood of success and could require more of the expensive, physically demanding cycles.

Some might argue that using IVF at all places embryos in danger. Overall, the failure rate of IVF is higher than miscarriage rates in non-assisted pregnancy. The procedure’s failure rates are higher still for Black women, who are more likely to experience infertility to begin with. Somewhat ironically, most of the practices likely to be controversial aim to reduce the failure rate. And some research uses in vitro embryos to identify ways to increase pregnancy rates and reduce patient risk.

Arguably, all these practices result in prenatal homicide of “unborn children.” Thus states seeking to legislate protections for the “unborn” may very well criminalize the use of IVF to become pregnant.

IVF services are a multibillion-dollar industry. Kindbody reached unicorn status (meaning the startup was valued at more than $1 billion) this year. Revenue and jobs carry political weight, further setting the stage for laws that protect fertility technology even in abortion-hostile states.

But what we’d have then is law that declares the sanctity of unborn life at the expense of the pregnant person’s bodily autonomy — with limited exceptions for procedures in which there is not yet a pregnancy, and so the law imposes no restriction on bodily autonomy. This absurdity makes clear that abortion bans are less about protecting the sanctity of human life than they are about controlling it.

‘My name is not Mo Farah, it’s Hussein’: British Olympic hero reveals he was trafficked into UK