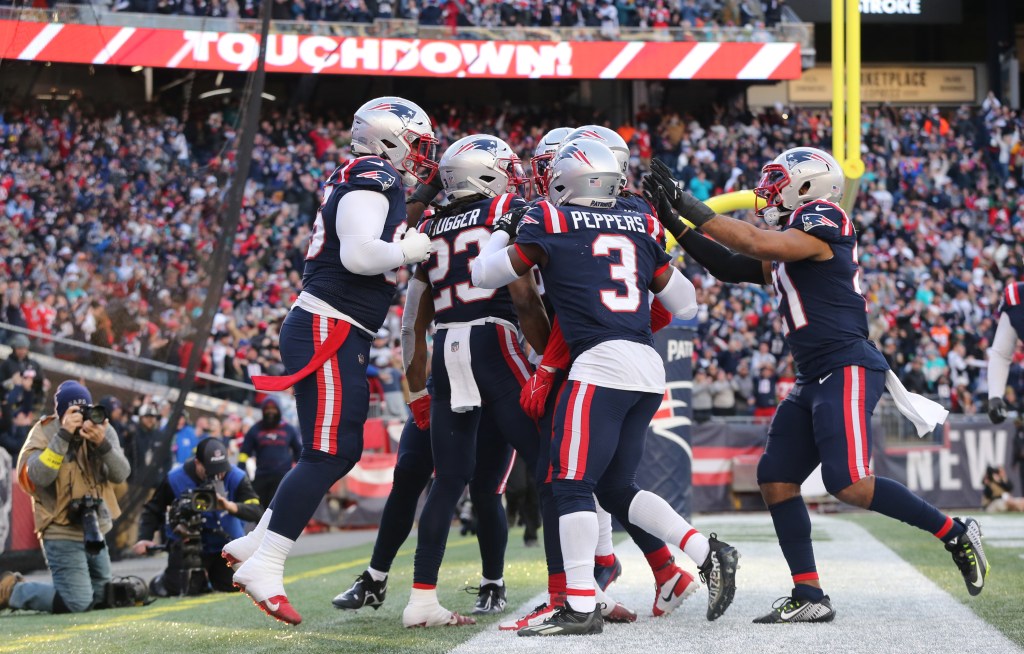 It all comes back to Buffalo.

And why shouldn’t it?

In the big picture, the Bills stole the AFC East from the Patriots when they were at their weakest, 2020, the dawn of the post-Tom Brady era. Buffalo is now 5-1 against the Pats since Brady left and a three-time reigning division champion. Their last meeting, a 24-10 Bills win on Dec. 1, again established the vast gap between the two franchises; one a perennial Super Bowl contender and the other a wanderer in the NFL wilderness hoping to stumble upon an identity and then a Wild Card berth.

Since that loss, the Patriots have found an identity. Well, at least defensively. After Bills superstar Stefon Diggs smoked a 50/50 split of man and zone coverage during that 24-10 Buffalo win, the Pats have played more zone than any other team in the NFL, per Sports Info. Solutions; a stretch that includes zone coverage rates close to 90% against Cincinnati and 80% versus Miami.

Underlying this four-week zone pivot is a commitment to Cover 2, which the Pats have called more than any team in the league. Kyle Dugger snatched his game-changing pick-six Sunday as the middle dropper in an inverted version of Cover 2, one of the many variations the Patriots have executed in recent weeks. The coverage is not a cure-all for the Patriots — Joe Burrow and the Bengals carved it up a week earlier — but it represents a necessary commitment for a team that fancied itself a shape-shifting game-plan operation before cornerbacks Jalen Mills and Jack Jones went down with injuries.

Whether by design or circumstance, the Patriots have stopped chasing receivers like Diggs, recognizing it’s best to sit behind their elite pass rush and wait for All-Pro receivers — like DeAndre Hopkins, Davante Adams and Tyreek Hill — to come to them. Their defense has now scored in four straight weeks, while the offense has obeyed a coaching command to simply stay out of the way.

Even with three corners out against the NFL’s best receiver duo, the Patriots could contain Hill and Jaylen Waddle because they committed to their strengths, deploying four safeties (four!) on as many snaps as they used three corners and majoring in zone coverage; a lesson they may have learned from the Bills and will now carry to Buffalo with their playoff hopes likely at stake yet again.

Here’s what else film revealed about Sunday’s win:

Notes: One of Jones’ most aggressive games of the season had two strange outcomes.

One, it produced a pedestrian stat line, and two, it achieved exactly what the Patriots have sought from their offense since Thanksgiving: keep them in the game, and don’t turn the ball over.

Jones took most of his downfield shots along the sideline against Miami’s man-blitzes that left the Patriots’ receivers in 1-on-1 coverage. He completed just one of these shots, though Jones also feathered a perfect 29-yard pass to Hunter Henry in the face of heavy pressure in the second quarter and found Jakobi Meyers down the seam for 25 yards in the fourth, both versus man coverage. Otherwise, Jones kept his focus within 10 yards of the line of scrimmage, where he attempted more than half his passes.

Despite losing almost their entire starting secondary, Miami had a firm grasp on the Pats’ early-down pass concepts. This forced Jones to hold onto the ball longer than desired after his opening touchdown drive, though his accurate throw percentage was nonetheless right in line with his season-long mark of 74.4%. And the coaches must be happy with this: he’s thrown one interception since Halloween.

Welcome back! The Pats’ second-year defensive tackle finally found his old form, notching a sack, two hurries, a QB hit and one run-stuff.

He didn’t register a sack, but Judon was a constant nuisance in the backfield, recording three hurries and two QB hits.

Meyers scored the game-winning touchdown, drew a long pass interference penalty three snaps before the touchdown and caught a 25-yard pass moments before that. He finished with a team-high six catches and 48 yards. Great game.

Despite getting a breather with Damien Harris’ return, Stevenson played one of his poorer games this season. He allowed a sack, dropped a pass and finished with nine receiving yards.

The Patriots’ longtime center was beaten for one sack, a hurry and a QB hit. He’ll bounce back.

Soldier, 45, lost HALF of his penis after bungling doctors misdiagnosed his cancer three times

Hearts loanee Stephen Humphrys scores sensational goal from his OWN HALF