How well do you remember 2022? Test your showbiz knowledge in our quiz 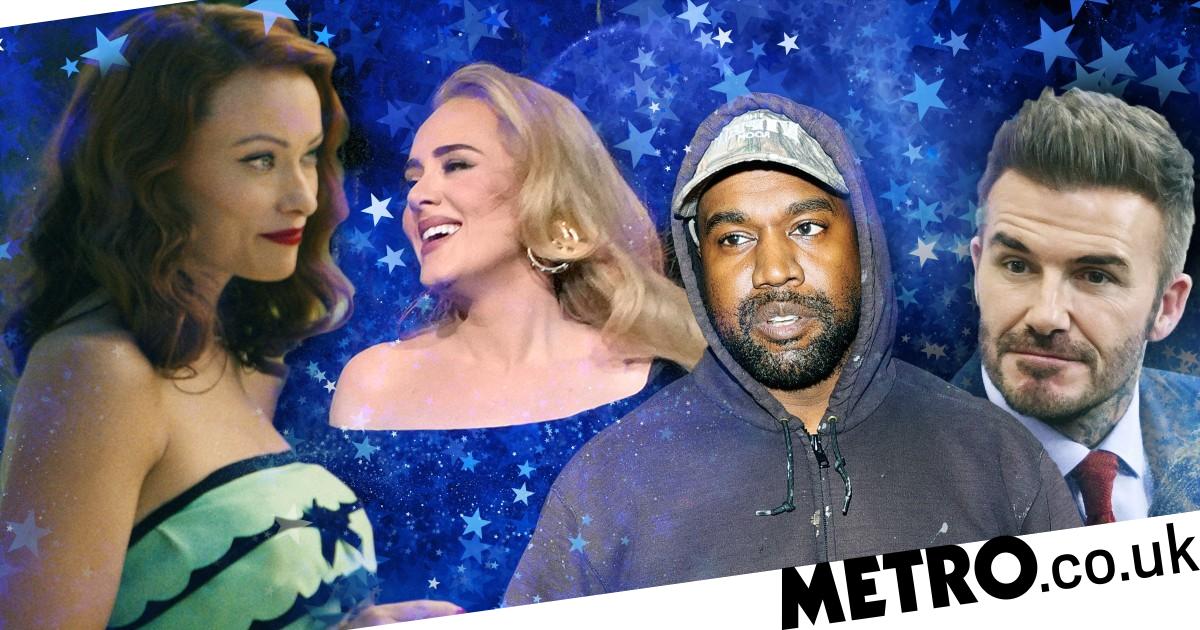 Well, what a year it’s been. 2022 has provided so many golden moments in showbiz, from celebrity feuds, to unexpected romances and everything in between.

We’ve had Madonna seemingly coming out on TikTok, Pete Davidson doing the rounds on the dating scene once more, and Olivia Wilde being served custody papers in front of a crowd.

Yes, from James Corden’s restaurant scandal to Stacey Solomon ending the year expecting her fifth child, it’s been 12 months of ups and downs.

Also, can you believe Julia Fox’s ‘Uncah Jams’ moment was this year? Us neither.

1) Which comedian received a harsh slap to the face during this year’s Oscars?

2) Heidi Klum hosted another iconic Halloween party this year – but what did she dress as?

3) Olivia Wilde supposedly had beef which which lead actress in her latest thriller flick?

4) Which member of the Kardashian-Jenner clan became a meme after struggling to slice a cucumber?

5) Which comedian ‘shredded’ £10,000 after going to war with David Beckham over his Qatar ambassadorship?

6) How many kids did Nick Cannon welcome this year?

8) Beyoncé released her first album in six years in 2022, but what was its name?

9) Rihanna sent the internet into a spin with her baby news this year, but who is her son’s dad?

10) Brooklyn Beckham tied the knot this year – who is his wife?

11) Cher, 76, is all loved up with boyfriend Alexander Edwards – but what’s their age gap?

12) Adele finally started her long-awaited residency in which US city this November?

13) Which two Wags went to court for a libel trial that had the nation gripped this year?

14) Two of This Morning’s presenters were embroiled in quite the scandal after the Queen died – who were they?

15) Britney Spears tied the knot this year – who is her husband?

16) Adidas ended their partnership with which rapper after antisemitic remarks?

17) Glee star Lea Michele made it to Broadway this year – which play is she starring in?

18) Leonardo DiCaprio split from Camila Morrone just weeks after she turned what age?

19) Shakira announced her separation from which Spanish footballer this year?

20) Which documentary maker unexpectedly went viral with a rap about how his money ‘don’t jiggle, jiggle, it folds?’


MORE : Ultimate TV Quiz of 2022? From Stranger Things to Love Island – can you remember all the golden moments?